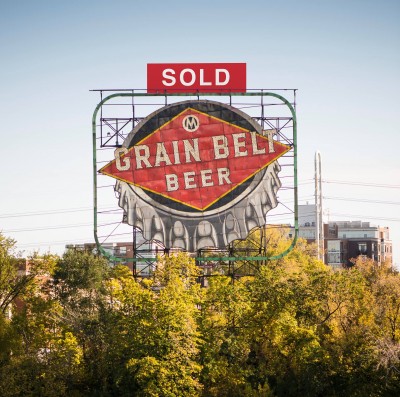 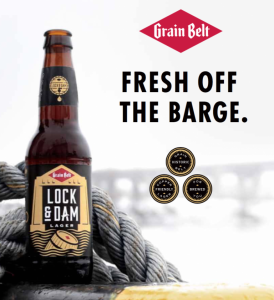 You’ve probably already heard that Schell’s has bought the iconic Grain Belt Beer sign that overlooks the Mississippi river in Minneapolis. They plan to restore and re-light the sign by 2017. And if you’ve heard that, then you’ve almost definitely heard that Schell’s is planning to brew a new beer to celebrate this acquisition – a copper lager by the name of Lock & Dam Lager under the Grain Belt brand. The promise of a new lager from a brewery putting out some of the best lagers in the state is definitely exciting news. Remember, Schell’s has taken home GABF medals for Firebrick and Oktoberfest. Even Grain Belt won silver in 2014 and gold in 1994. Despite all this, you might be wondering why we should be so excited about them planning to buy and restore an old beer sign. I mean, Grain Belt isn’t on most craft beer lovers top ten lists. And it is after all, just a rusty old sign. 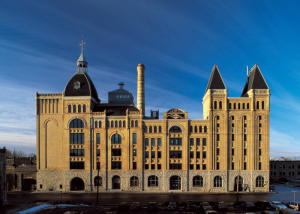 Grain Belt isn’t just another pale lager that just happens to be brewed in Minnesota. Much like the malted barley used to produce beer, Grain Belt is steeped in the history of Minnesota. To get to the origins of Grain Belt, we must look back to July of 1890, when four breweries joined together to create the Minneapolis Brewing and Malting Company. This name was later shortened to The Minneapolis Brewing Company. The new brewery this conglomerate constructed would be one of the largest producers of beer of its time. It eventually producing half a million barrels of beer every year. For reference, there is not a single brewery in Minnesota today producing that much – Schell’s comes closest at 131,000 barrels per year. This brewery still stands in Minneapolis to this day, and its unique style stands out. When it was built four different architectural styles were used to honor the four original breweries. It’s this that gives the brewery it’s “mismatched” style.

After prohibition ended Grain Belt returned strong and became one of the most popular beers in the country. But by the 1950s sales had faltered and in 1975 the brand was bought and quickly sold to the G. Heileman Brewing Company in La Crosse, Wisconsin. This would take Grain Belt out of Minnesota, at least temporarily. This would be the last time the Grain Belt Beer sign lit up the Mississippi River.

A Bright Future for Grain Belt 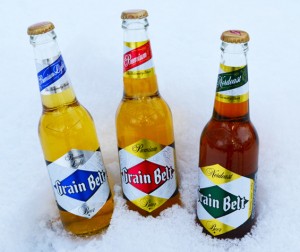 In 2001 Schell’s purchased the brand, returning it to Minnesota and restoring its popularity. It has again become one of the most popular brands of the Midwest, and in 2010 released a new beer, Nordeast, in honor of Northeast Minneapolis. By restoring that old sign Schell’s is restoring an integral part of craft beer – and Minnesota – history.

Every brewery in Minnesota today owes a nod to the Minneapolis Brewing Company and Grain Belt, who were pioneers in Minnesota beer. And yes, in the end, we are just talking about a sign. Nonetheless, I look forward to seeing its light reflecting on the Mississippi again, a symbol of not just Minnesota’s rich history, but the exploding beer culture in our state.