To what should be no surprise to anyone who enjoys beer around the Twin Cities, a few local breweries were recently acknowledged by RateBeer.com’s annual rankings.

Ratebeer.com highlighted Fair State’s creation of some of the best new craft beer, as well as its cooperative business model, allowing members to get happy hour discounts, collaborate on beer recipes and exclusive access to special releases. 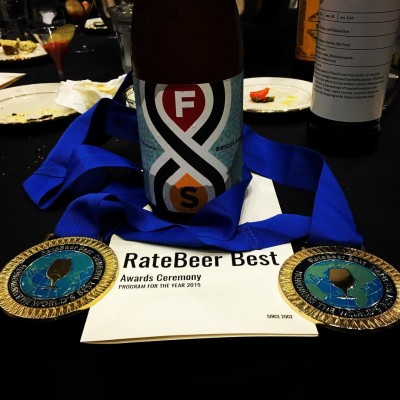 “This award belongs to the entire Fair State community, including our more than 700 member-owners who have a stake in our beer and our business,” Sallee said. “We’re humbled to be recognized among this amazing group of breweries, and we’re especially excited to play a role in putting Minnesota craft beer on the world stage.”

It was named the best brewery in Minnesota, according to the beer website, as well as offering the best taproom. Surly also was honored with the best Minnesota-made beer – its Abrasive Ale.

Abrasive, as well as Surly Darkness, are also ranked in the top 100 beers in the world.

For styles, Surly was recognized for its SurlyFest (No. 1 in the dark lager category), Todd the Axe Man (No. 6 in the IPA category) and Abrasive (No. 11 in the imperial IPA category)

Surly, as well as Minneapolis Town Hall Brewery, are considered in the top 100 breweries in the world based on RateBeer.com’s users’ rankings.