What do museum aficionados and beer geeks have in common? Last Thursday’s CrossTalk Tudor Keg Party at the Minneapolis Institute of Arts.

The MIA’s Crosstalk series brings together two experts to present different viewpoints on an aspect of history and modern culture. For the Tudor Keg Party, experts Jeffrey Pilcher, a food historian and professor at the University of Minnesota, and Eric Harper, a brewer for Summit Brewing Company, discussed their expertise and views on beer of the past, present, and future. 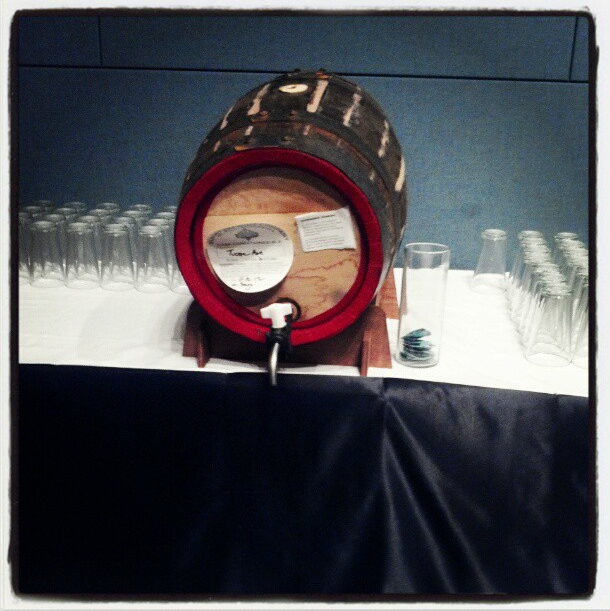 Dr. Pilcher presented his lecture first. He discussed the brewing process in the Tudor period and how it was not so different from today. (The Tudor period runs from roughly the end of the 1400s through the beginning of the 1600s—think King Henry VII, the Church of England breaking from Rome, William Shakespeare, the Black Death, Christopher Marlowe, and Queen Elizabeth I). The brewing process hasn’t changed much, though the knowledge behind it has. There were both home brewers and commercial brewers in the Tudor period. In fact, most brewing was done at home by women until the Black Death and other sicknesses caused beer to become more widely available at public houses, or pubs.

Dr. Pilcher also talked about the perception of beer and brewers in the Tudor period. The women who brewed beer, ale wives, were seen as frugal shrew-like beings who watered down beer to make more money on less product. The same perception doesn’t seem to have existed for male brewers.

Mr. Harper’s part of the lecture focused more on the history of Summit Brewing. He talked about Summit’s current grasp on the beer market compared to larger players, the development of the Unchained series, and how he came to brew for Summit. Of particular interest, however, was his discussion of the beer that he brought to the Tudor Keg Party, Summit’s Tudor Ale, a recipe adapted from English recipes out of the period.

In order to craft the Tudor Ale, Mr. Harper worked with Dr. Pilcher and other historians to find actual recipes from the time. The recipes that he showed us didn’t shed a lot of light on the brewing process or what a beer from the period might taste like. One recipe called for brewing the ingredients “according to the art.” Another recipe suggested that the ingredients should be boiled a “reasonable while.” More baffling was the variety in the lists of ingredients: A bushel of oatmeal, a rind of fir, sassafras, a “good quantity” of sage, five new-laid eggs.

Fortunately for us, Mr. Harper did not follow those recipes exactly, and instead cobbled together a recipe that incorporated his wide knowledge of beer and the style of the Tudor period. In the Tudor period, malt was made by soaking barley in water in a hole in the ground and roasting it in a fire. To get a similar effect, Mr. Harper used floor-roasted organic malt in conjunction with a couple of other malts for flavor and color.

Two other things that stood out in this recipe were the use of oak barrels and sage. Brewers in the Tudor period used oak barrels for storing their beer, so to get the right effect, Mr. Harper brought oak barrels over from England for the Tudor Ale. Many of the recipes that Mr. Harper showed us during the lecture featured sage, so he incorporated that as well. 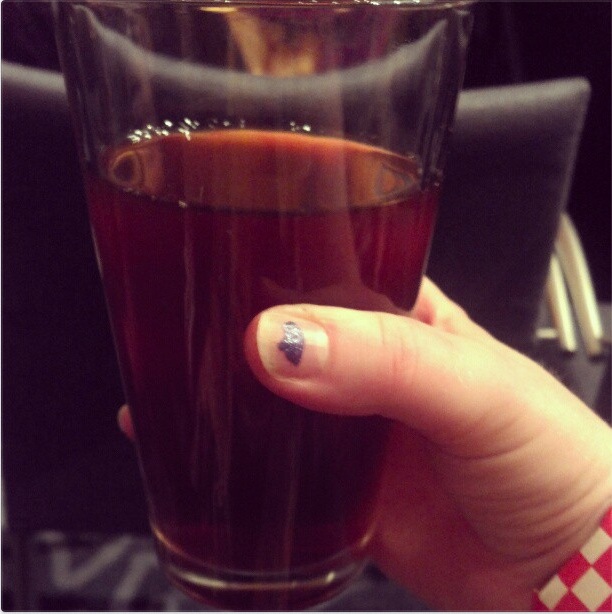 A final note of interest was Mr. Harper’s use of Isinglass to clarify the ale. Of course, Tudor period brewers did not have fancy equipment to pull sediment from beer, so Isinglass, or dried sturgeon bladder, was added while the beer was in the cask. Isinglass allows the brewer to leave the yeast in the beer when it goes into the cask so that it ferments further, but the yeast will eventually solidify and drop out of the beer, leaving a clear product. Using it in this beer allowed Mr. Harper to incorporate the oak barrels, and still have a clear pint of beer at the end.

The result was Summit’s Tudor Ale, which tasted watery, sagey, and…not a lot like the beer to which we have become accustomed, from Summit or any other brewer. Hops were not introduced to England until later in beer history, so there was none of the hoppy flavor that has become so popular with the IPA movement.

In the Question and Answer period after Mr. Harper’s speech, a woman asked if Summit would be taking the Tudor Ale to commercial production. With a laugh, Mr. Harper asked how many audience members would buy the Tudor Ale in store. With the small number of hands that went up, I don’t think we’ll be seeing the sage-based Tudor Ale on tap at any restaurants. Although the beer would not be popular now, the CrossTalk lecture showed that, aside from style, the brewing world has not changed much between the 16th century and today.