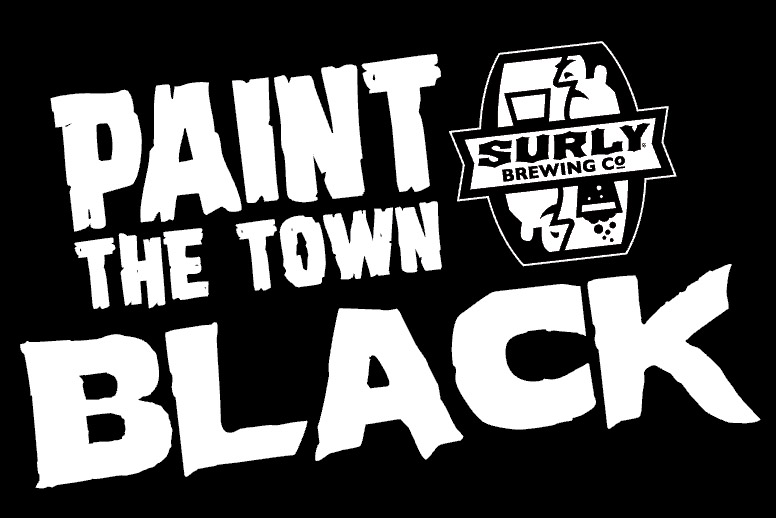 In an effort to create even more buzz and knowledge around one of the hottest beers in the country this year Surly is hosting Paint the Town Black. The rolling release event will build up to the release of Surly Darkness in bars all across Surly’s 7 state distribution area. Leading up to the release of Darkness are two other Surly beers; Furious Black, and Damien. Yes, if you hadn’t already guessed, they are black. The beers will come to market as a rolling release during the month of October. Appearances of some other dark favorites including Four, Nein, Ten, and Pentagram have been promised as well. Find your nearest location here.

This is the first time to catch Furious Black, first introduced at Darkness Day last year, and Damien outside of going to Darkness Day which will behold as the Brooklyn Center brewery on October 15th. Although in the same place as all previous Darkness Days this one is a week earlier on the calendar.

Furious Black’s name came by way of Harry Potter’s godfather Sirius Black, the misunderstood wizard always on the run. There’s nothing to be confused with this brew. Brewer Jerrod Johnson states that this is 95% Furious. The only addition being the roasted malts to add the black color and roasted, slightly chocolate quality. 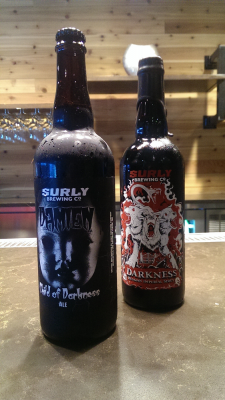 Following Furious Black is the release of Damien. Always a crowd favorite at Darkness Day consumers will not only be able to find it on draft but bottles are hitting all markets starting on October 3rd in 750 ML bottles. This child of Darkness is a “small beer” created in the Parti-Gyle style of brewing. Damien comes to life as the second runnings all the rich malts that made Darkness. The addition of dry hopping makes this American Black Ale a refreshing palette cleanser when compared to its parentage. 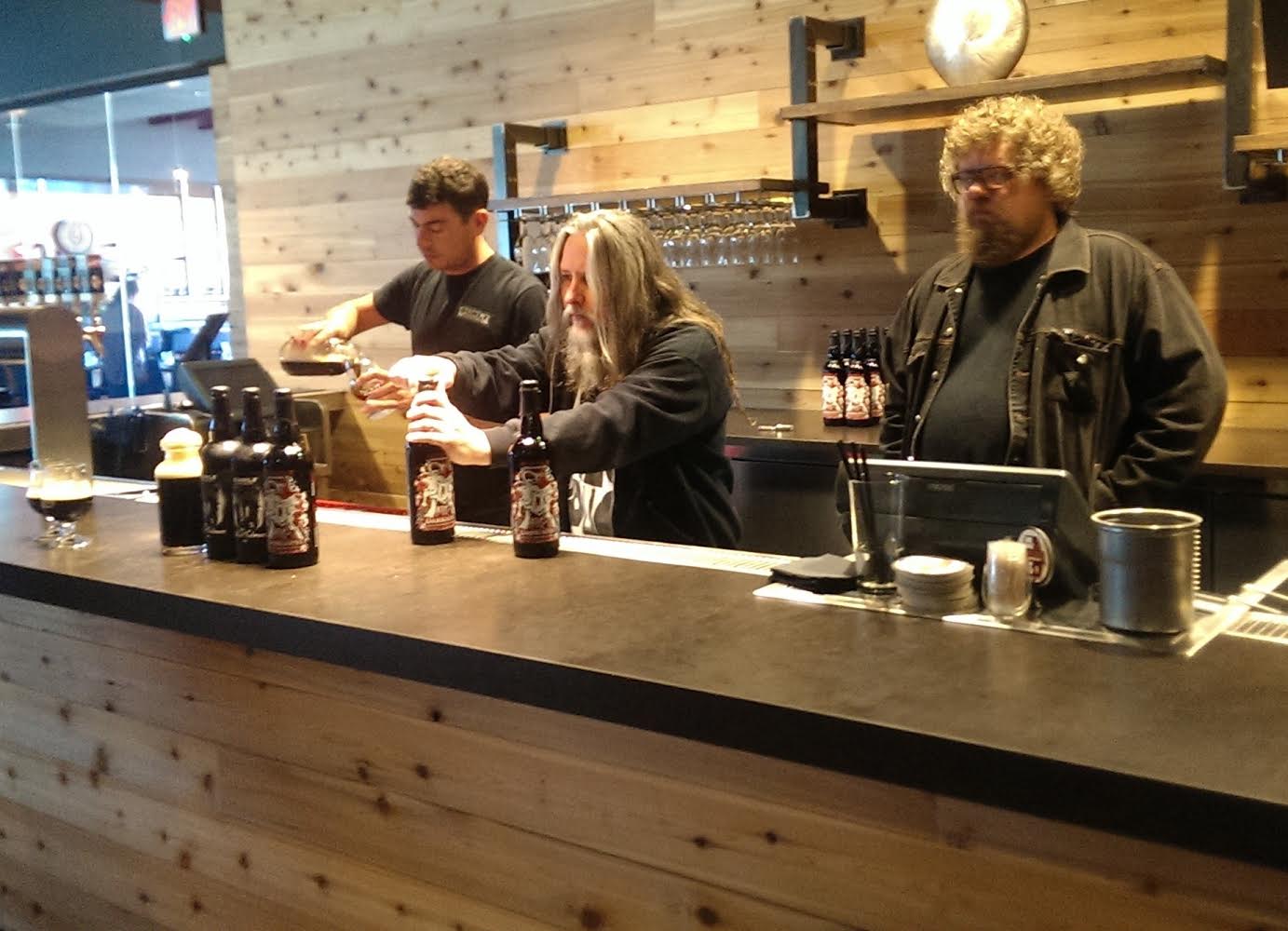 The star of the rolling release is, of course, Darkness. This Russian Imperial Stout has all its usual characteristic notes, raisins, chocolate, slightly boozy rum taste all finished off with some hop heat to bring warmth to us all. The folks that chase rare beers (aka whales, or white whales) might be happy to know that 2016’s version of Surly’s wet hopped IPA beauty Wet was sacrificed on the altar of Darkness to make space on the brewing schedule and bring more Darkness to us all. 750 ML bottles will start hitting distribution starting Oct 17th. But you should be able to find it on draft at bars hosting the Paint the Town Black event after the 17th. 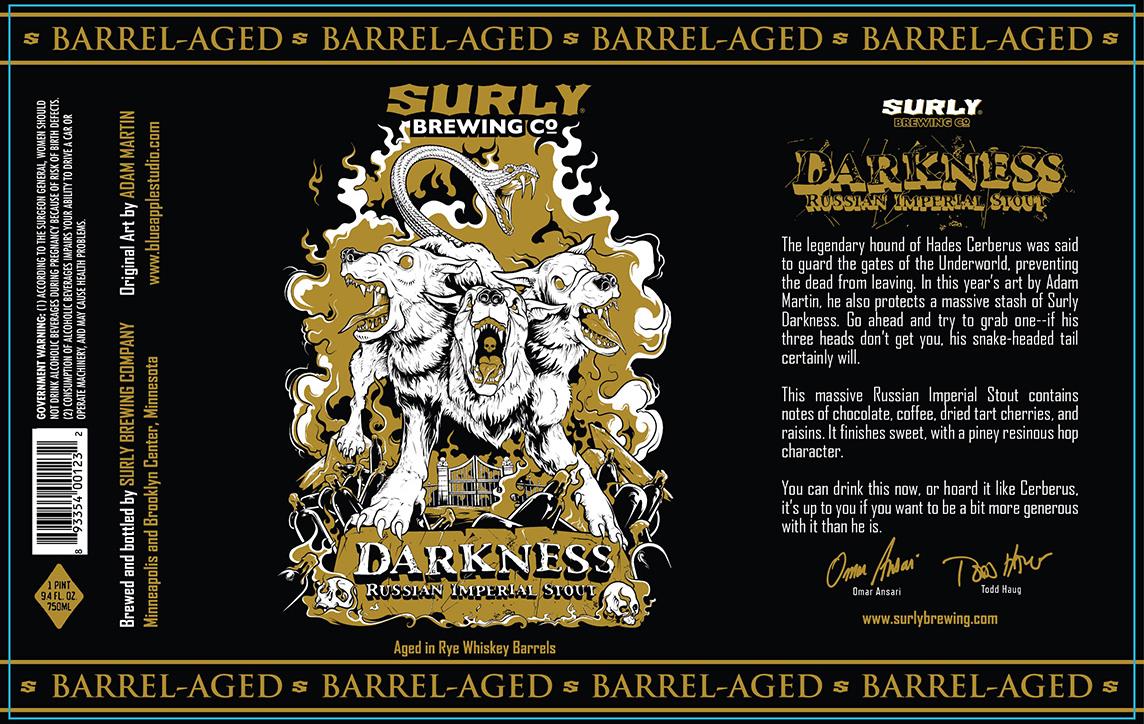