In an ever-shifting beer market, few constants remain. Thankfully one of those constants resides in the Seven Corners area of Minneapolis. Town Hall Brewery has been delighting the local beer fanatics with their barrel aged offerings for nearly two decades now. 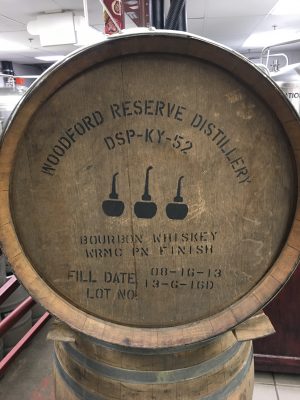 Back in 2000, Town Hall’s head brewer called down to the Jack Daniels distillery inquiring as to whether or not a barrel may be available for purchase. The distillery obliged and sold it to Hoops for the cool sum of $45 (plus $75 shipping). My how things have changed since then. Not only are used barrels significantly more expensive, but the beers they are aged in have exploded, becoming one of the more sought after styles.

That beer was the first Czar Jack, the now iconic barrel aged stout, that went on to win a gold medal at the 2001 GABF. This medal was far from their last.

I was fortunate enough to be allowed a sneak peak into this year’s offerings and I can tell you that Head Brewer, Mike Hoops’ passion is still there after all these years. I was able to get a minute with Mike after the preview and tour. I had to ask him, what drives him to keep up such high standards? After all, coming out of the gate with a GABF gold medal sets the bar awfully high. He confided in me, that while he loves the year-round offerings of the brewery, he gets particularly excited to work with these barrel aged beers. That passion shows, not only in the final product but the way he and his team showcased it for those of us in attendance. Each beer was carefully discussed, from the new custom glassware that these beers will be served in this year (specially designed for barrel aged beers, and yes, they are as cool as you imagine), to the sourcing of the honey for the incredible Eye Wine Red and White. 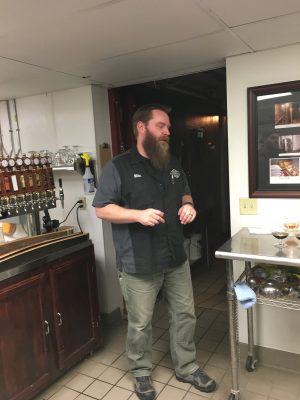 These are nuanced, complex beers, no two are the same. While the base beers are essentially unchanged from year to year, those barrels have a story and a character of their own. We were treated to the following beers.

Eye of The Storm – Red and White. The red is a Minnesota Honey Ale aged in French oak red wine barrels. You get waves of honey on the nose and a nice balance of grape acidity and sweetness from the honey. The white is crisp and dry, a bit softer.

Barrel Aged Week is one of the best beer events anywhere. Full details below.

The week begins at 10 am on Sunday, February 19th, with the pre-sale for this year’s selection of 750mL mini-growlers of barrel-aged beer.

Sunday, February 19th | 10 am
750ml Growler Pre-Sale | If you’re looking to take home this year’s barrel-aged releases, this is your chance! Tickets go on sale at 10 am; beers can be picked up once they are released on tap.

Saturday, February 25th | 11 am
Czar Jack | The granddaddy of them all. Russian Imperial Stout aged in Tennessee whiskey barrels.

Born and raised in St. Paul, he fell in love with craft beer as many Minnesotans have, with his first sip of Surly Furious. He considers himself a beer geek who doesn't look down at those who don't happen to share his passion. Aspiring home brewer, and Certified Cicerone®, his love for craft beer knows no stylistic bounds. He can be found on Twitter @Taylor_Callais