It has been 50 years since Superior, Wis. has had a brewery producing beer for the regional market, when Northern Brewing Company shuttered its doors in 1967. Continuing with their mission to support the re-localization of brewing, Tim Nelson and his company Bev-Craft have announced plans to build Earth Rider Brewing Company to service the Twin Ports, and the South and North Shores of Lake Superior. 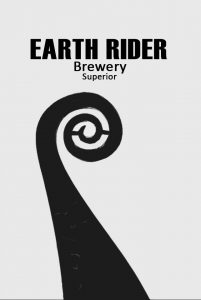 The brewery will reside on the north end of Tower Ave., nestled between monolithic grain elevators of Superior’s working harbor, and restaurants and bars of the entertainment district. The location at the foot of the High Bridge (1617 N 3rd Street, formerly the Leamon Mercantile Co) offers easy access from anywhere in the Twin Ports of Duluth and Superior.

Nelson expects redevelopment of the structure to begin in the spring with the first batch of beer brewed in late summer. Earth Rider’s brewing operations will occupy a 16,300-square-foot facility, with a project budget to exceed $2.5 million in private investment with support from the City of Superior, Superior Choice Credit Union, Wisconsin Business Development, Douglas County Development Association, the Wisconsin Economic Development Corporation, Northland Foundation, Northeast Entrepreneur Fund, and APEX.

Earth Rider is the second brewery to be announced by Bev-Craft, with Hoops Brewing in Duluth being the first. Bev-Craft is a brewery-incubator consultancy. Their team includes 22-year industry veteran Nelson along with some of the region’s most decorated brewers, including Frank Kaszuba and Dave Hoops.

The brewery taproom will be the historic Cedar Lounge, which was originally built by the Northern Brewing Company as a tied house in 1912. Renovations to the Cedar were completed in August and it is currently operating as a beer-centric tavern. An outdoor beer garden and event space will provide a lively connection between the brewhouse and the taproom.

Nelson co-founded Minnesota’s fifth craft brewery, Fitger’s Brewhouse, in 1995 and has remained an instrumental figure in the industry ever since. He says the Twin Ports have numerous benefits for brewers including a strong workforce, pristine Lake Superior water, and a growing number of craft beer drinkers.

“The head of the Great Lakes have a strong and growing indie beer culture, the best brewing water anywhere, and several outstanding breweries,” said Nelson. “We’re excited to produce a local product that bolsters the economy and culture.”