Been watching HBO on Sunday nights lately? Curious about how Steve Buscemi was able to run an empire from the boardwalk in Atlantic City? Now is your chance to enjoy an in person experience with America’s most fascinating and misguided era, Prohibition. Minnesota residents should be especially aware of this lapse in judgment as it was a congressman from district 7 of our state, Andrew Volstead that authored this law. From November 9th to March 16th the Minnesota Historical Society is giving us the chance during our longest season, winter, to warm our spirits with, well, spirits. Starting today the History Center will be featuring American Spirits: The Rise and Fall of Prohibition presented by the National Constitution Center.

The exhibit kicks off tonight with the Bootlegger’s Ball when the History Center will hop in a Delorian and set the dial back 90 years to take us back to what it describes as a “swanky speakeasy”. The event will feature great ways to experience the era which ironically include legal alcohol. Appropriately Schells, the only remaining Minnesota brewery to survive Prohibition will be sampling beers, along with Summit and Lucid. Rae Katherine Eighmey (author of “Soda Shop Salvation”) and Nick Kosevich of Bittercube Bitters will be there to educate on and serve some great cocktails because the mixed drink was born in Prohibition to cover that flavor of questionably distilled booze. There will be live Dixieland jazz featuring the Southside Aces and period dance lessons so everyone can swing in style. Last but not least this is the first opportunity to wander through this exhibit with the right level of sobriety or more accurately, a lack thereof. 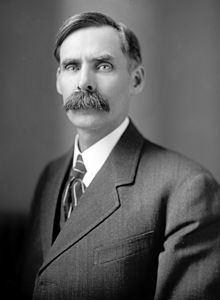 Over the course of the next few months the History Center will be featuring different events highlighting some of the impacts of results of the Prohibition Era. One of these events that I will definitely been attending is the Speakeasy Saturdays reflecting the revival of local brewing and distilling. This event will feature Summit Brewing, Great Waters Brewing, and Dashfire Bitters on Saturdays from December through February. Other events during this exhibit will include a musical performance called A Toast to Prohibition: Songs of Temperance and Temptation, an ongoing series called History Lounge featuring discussions with historians, and Bootleg Valentine: Dining, dancing, and romancing in Prohibition Era Twin Cities.

All of this seems as if we have turned a blind eye to the existing remnants of Prohibition that exist in Minnesota to deny us rights to beer that other states enjoy. This is not true. Rather this exhibit should provide all of us with the opportunity to see that denying us our beer or liquor will move that potential revenue to the wrong place, not just Wisconsin. This exhibit should show us not just the rise of jazz and the cocktail, but also organized crime and the blatant destruction of an industry supporting thousands of jobs that we are beginning to recover. So, for the next few months let’s all bring out our inner historian and do the time warp again to keep Prohibition history.