Erica’s macabre theme fits the tone of Surly’s Russian Imperial Stout, which is released around Halloween each autumn. This year Darkness descents on Brooklyn Center on October 25th. Are there people in line yet?

The legendary Harpy tortured unwary travelers by stealing their precious food and drink. This year’s cruel creature defends her cauldron of Darkness with razor claws and dead stare of malevolence. Don’t mess with her Darkness.

Dare if you will to open the bottle and steal the from the imagination of our 2014 Darkness artist, Erica Wiliams.

Plenty of people picked up on the fact that Darkness is barrel aged this year. Brewer Todd Haug confirmed the fact on twitter. He also said that there will be even more Darkness than ever, about 30K bottles. 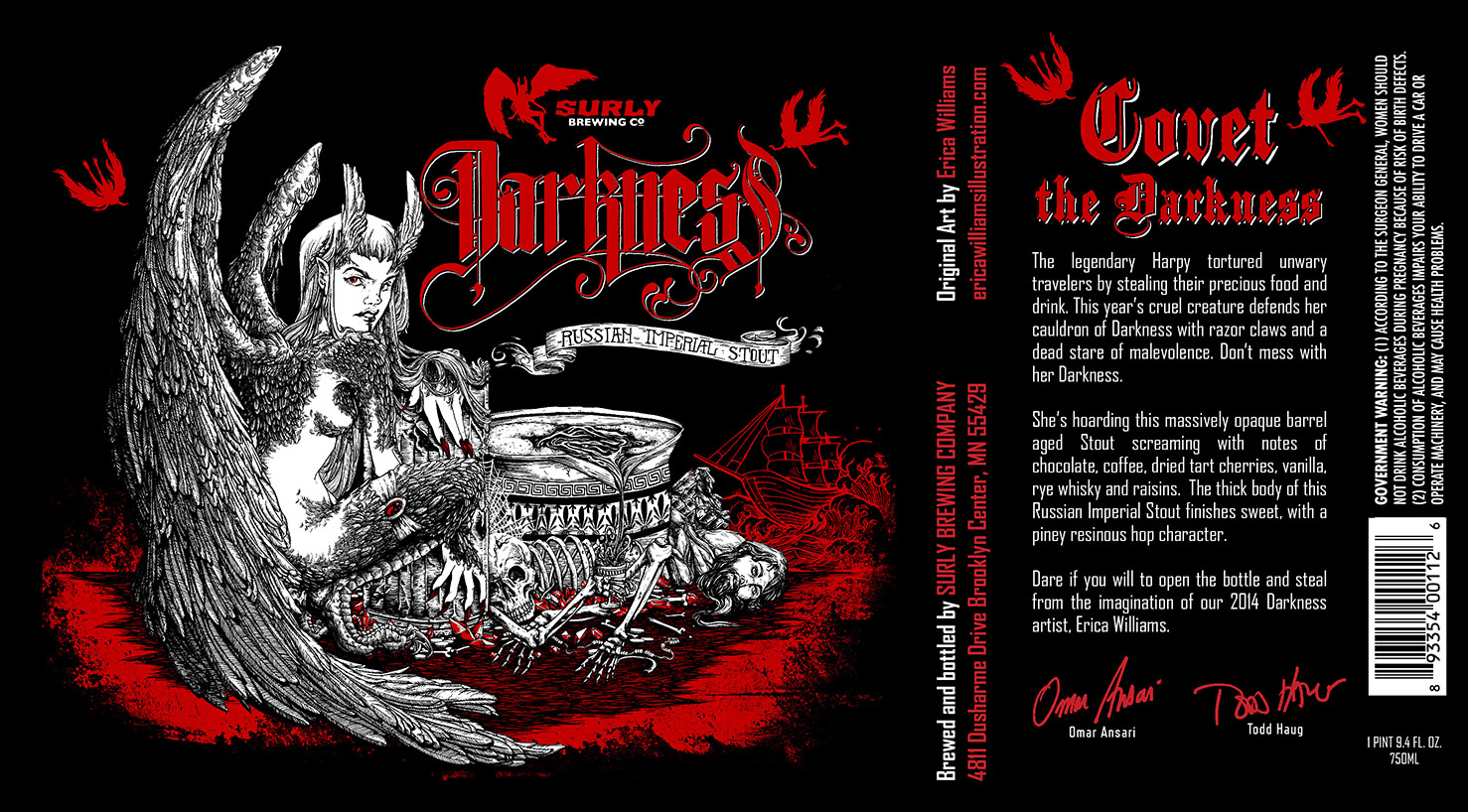