On May 25th, 2011, Governor Mark Dayton signed into law a change to the three-tier system of Minnesota’s liquor laws to allow breweries to both sell their products on-site yet maintain the right to distribute beer to bars and restaurants. This proposed “Surly Bill” came after the announcement of Surly’s plans to expand into a new facility which was to include a restaurant and beer garden. Three and a half years later, Surly Brewing Company open its doors to the public at the new facility in the Prospect Park neighborhood of Minneapolis. 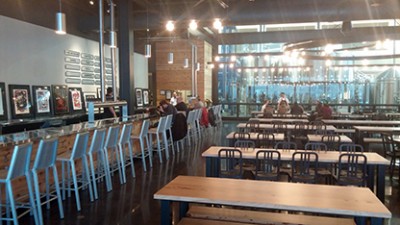 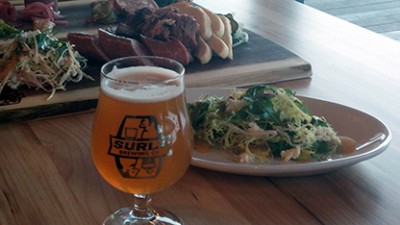 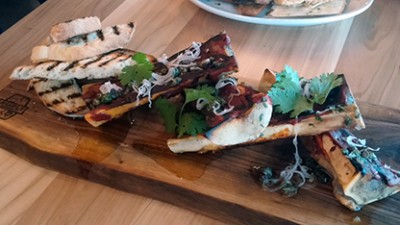 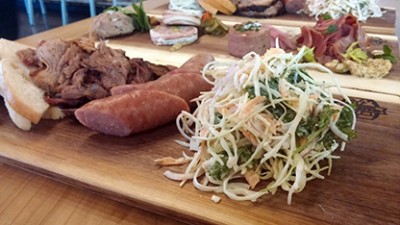 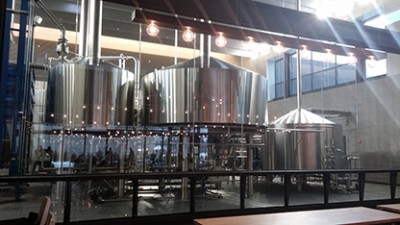 The new location, sandwiched in between the two downtowns, is prime location just off of Metro Transit’s new Green Line and minutes away from TCF Bank Stadium and the University campus. Public transit users planning on going opening weekend should visit Surly’s website – Metro Transit is offering free rides to and from the brewery with a pass you can download and print.

It will truly function as a destination for Surly beer lovers both local and national. The brewery looks to offer a full lineup of Surly beers, including some taproom exclusives. You can still get your Furious on draft or any of your other favorites. I personally recommend the new West Coast IPA, Todd the Axe Man. It’s a fantastic single malt and single hop IPA.

The Surly Beer Hall kitchen, led by Chef Jorge Guzman, is offering up a small, but mighty menu featuring a variety of chef-driven, beer-focused food items. “It’s fuckin’ awesome!” says the new Executive Chef describing the excitement to be a part of such a large project.

Chef Jorge comes most recently from Solera, primarily a wine bar with a big focus on pairings. “Beer pairs better with food,” says Guzman, “it’s easier.” The wide variety of beer flavors and styles will allow Guzman more room to be creative with the menu and their pairings. “I’m scared as hell to have a project of this size, but humbled to be involved.”

The chef’s recommendations on pairings for the beer hall menu include the barbecue and Surly Furious or the Surly CynicAle with lighter dishes like the salads.

As for the brewing itself, Surly is over tripling its brewhouse size moving from 30 barrels (60 Kegs) to 100 barrels (200 kegs). The fermentation space is also upgrading 10 fold per unit, so Surly should be able to pump out a whole lot more beer to keep up with demand. At Brooklyn Center, Surly would only able to produce 42,000 barrels a year total. Todd Haug, head of brewing operations, says that the new location will aim to produce 1200 barrels of Surly’s flagship beer Furious every week.

Surly Brewing Co. has certainly taken a strong foothold and has become one of the centers of craft beer identity in Minnesota in the last decade. Now Surly aims at the national market and has begun distribution outside of Minnesota as well.