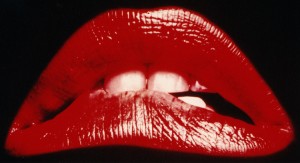 I had my ticket for Winterfest printed and in hand about 48 seconds after they went on sale.  It’s an understatement that I was excited for last Friday (Feb. 1st) waiting on the first floor of The MN History Center with all the other rabid beer fans.  This would be my first one.  I’ve known that Winterfest was the premiere Minnesota beer tasting event for the past two years but could never get a ticket.  Now I had one and second 49 started the wait.

There was much chagrin over the price of the Winterfest tickets this year; a little over $80 with internet fees.  With the notion that the ticket was a Christmas present to myself I bought one; one of 750 sold.  It was a brilliant marketing idea to offer the “6 Pack” of tickets (2 tix to each of the 3 MN Craft Brewer’s Guild events; Winterfest, All Pint’s North, Autumn Brew Review).  It was a really good deal (a little over $50 a ticket, $290 plus fees for the six pack).  Last summers All Pints North had a less than stellar attendance (but a really great line up!) and the 6 pack really help the Duluth beer scene.  After Winterfest I’m a huge fan of what is going on in Duluth.  One idea: is it such a bad thing to have all the major beer fests in one place?  Maybe my idea of comparing the Minnesota Twins to the MN Craft Brews Guild is too far.  The idea of a destination brewing town is appealing to me but I live here and can see the other side of the argument wanting craft beer to be inclusive.  I’m torn but not like Natalie Imbruglia I still have faith.

It was Wednesday of the week of Winterfest when the program for was available.  As far as event planning goes I’m sure this was right on time, I’d been looking for it for two weeks before, however.  I was a little excited.  I know you couldn’t tell.  I poured over the program, made a list, checked it twice.  Even went so far as to make sure I could drink everything that I wanted to.  Let’s face it, not only is it a beer fest but most of my must haves were barrel aged (a Winterfest specialty) that can lead to waking up in the US-Dakota War exhibit, or jail if you’re belligerent.

To celebrate my first Winterfest I went on a quest to support the local beer community every night leading up to the Fest starting on Monday.  This took me to Grumpy’s NE, Butcher and Boar, Nomad, and the Minneapolis Institute of Arts, of all places.  It was an absolutely fantastic week and Winterfest was a brilliant end to it.  All I had to hold on as 7 o’clock rolled around.  My excitement was match by the 200 or so other people I was crowded into the 1st floor hallway of the Minnesota History Center.  As the bag pipes started to play there was a collective sigh, not only because Winterfest was now here but we could begin to move without bumping into four other people by breathing.  It was a happy squeeze.

It was the first hundred or so of us that were able to make out the toast the guild president gave; a hard to hear address to the few that were listening.  Before this we were gathered in a tent just off the History Center.  A stage in there would have been a great area to provide a little more pomp and circumstance to the event and let’s face it, everybody loves a show.

So, I was off to the third floor first, beating the crowd.  I wanted to make sure I had Barley John’s Dark Knight Returns.  Not only did I have it, I think I was the first, but it won the Snowshoe for best of fest (Congrats to Barley John’s by the way).  I’m glad to say of all the things that I wanted to try I did.  All told I had 30 beers on the night.  That number’s a little inflated due to poor record keeping.  I tried to mark off as I went, that didn’t happen.   Then, I tried to remember and failed.  Chalk it up to what you will (it was the booze).

Of all the breweries I had the most consistent, and new to me, was Fitger’s.  I don’t know if that makes me ignorant or inspired; regardless I’m better for it.  Here are my top five beers of Winterfest.  Besides number one there is in no particular order.

5.  Dawn Juan – Steel Toe – I beg you not to bottle this.  You have enough of my money already.

4.  Silhouette – Lift Bridge – Can’t wait for this to be bottled.  It’s been too long since my last Stillwater trip.

3.  Gaelic – Castle Danger – Not only do you have a bad ass name but a good showing of all the beers I tasted.

2.  Manhattan Barrel – Townhall – Although I did love the Twisted Trace, this brew was unlike any beer I’ve ever tasted.

1.  Mango Trial IPA – Fitger’s – I’ve never had fruit sing through and yet compliment the hops in beer in quiet the same way.  A mouth revelation.  Town Hall’s Mango Momma can’t hold a candle to it.

Of all the things I tried at the fest I was most impressed by the Mango IPA from Fitger’s.  From second hand internet posts and bathroom walls I’ve heard disparaging words against this brewery, mainly in connection with Town Hall.  I was thinking this through; if a brewery (or brewer) would be compared to Town Hall and thought of as good but not as good I’d like to think that would be huge compliment with all the great things I’ve had from Town Hall and all the national love, not to mention awards, it has received.  Safe to say I’ll be road tripping to Duluth this summer and the only reason is for Fitger’s.  Not only did they impress me with the best new beer, but the range of the other brews I enjoyed from them was of a brewery that has everything under control and wants to show off.

Winterfest was unlike any other fest I’ve been to.  The limited tickets made for a smaller crowd. The atmosphere was great, and no wait longer than 30 seconds for any beer; the ultimate American experience.  In fact the only thing I waited for was the food they had.  It was solid and a welcomed interruption to the huge beers I was downing.  The small lines and limited amounts of people that I was surrounded by provided an atmosphere of pure beer love that I haven’t experienced at other fests I’ve gone to.  A combination of just enough people and easy access to beers I would normally wait in line for created a world of bliss for the beer lover that wants to try it all.

Despite all this I don’t know if I’ll go again.  Don’t get me wrong I had a blast.  Winterfest is Wonka’s chocolate factory.  You can meet the candy makers (if they’re not slinging beer too fast), try all their best confections, and all with an exclusive crowd.   Although no one grew purple from too much drink (not that I saw but I’m sure it happened).  What I discovered was I missed the lines.  In line is where all the real magic has happened for me at fests.  Where I’ve met people and connected with others that have the same passion I do.  Maybe this is an unfair bias.  I like to meet new people at these events.  Go in with nothing but excitement and come out richer for the experience.  I’m glad to have gone.  I’m also glad to know how I operate at beer fests little more.  I love the wait.  I love the people I meet and the experience that the line brings.  Maybe ABR will be more my speed…