The Heads and Hearts Behind Panther Distillery 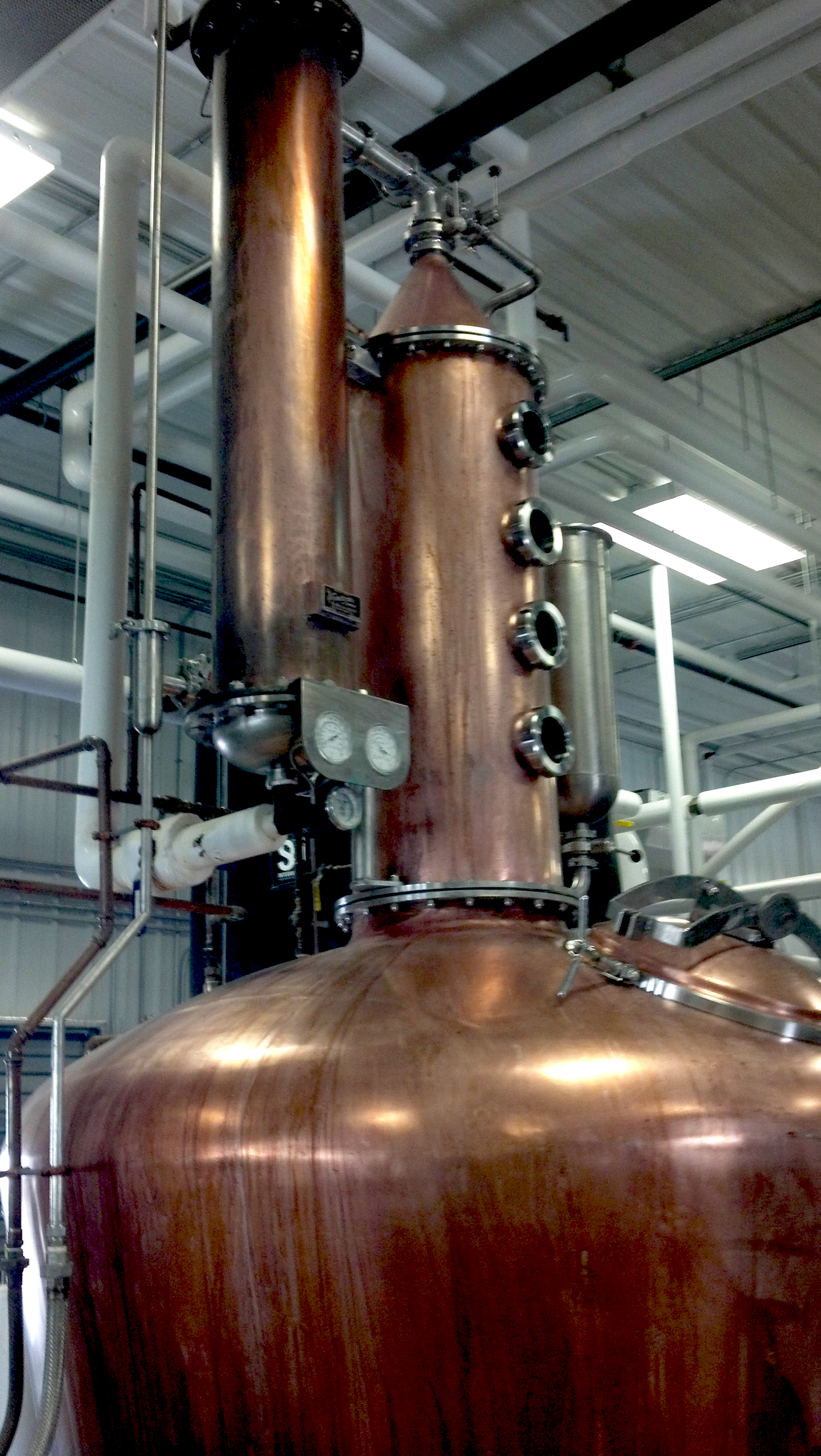 “Too much of anything is bad, but too much good whiskey is barely enough.”
― Mark Twain

Although we call ourselves Beer Activists, there are emerging issues in liquor law thanks to Panther Distillery. Panther is Minnesota’s first legal whiskey distillery since National Prohibition, and is located way up north in Osakis, a small town not far from Alexandria. Adrian Panther opened the distillery in June 2012 with a goal of making fine Minnesotan whiskey from fine Minnesotan ingredients. Now, less than a year later, Panther has bottles in over 400 stores and bars extending from North Dakota all the way to the Twin Cities.

I stopped by the distillery last Friday on my way north once I realized that it is only a few miles off of the Osakis exit from I-94. The owner wasn’t in the shop, but his son was happy to give a tour. The distilling process doesn’t differ hugely from what you see with beer: Yeast and grain decompose to create mash. In distillation, however, that end product is condensed in a still to raise the alcohol content higher than beer. The still can be set up differently to change how the whiskey turns out, and additional flavors can be added to the alcohol being made. (Watch for Panther’s apple-infused whiskey called Spiked Apple Spirits coming out in a couple of months— yum!)

At that point, the product is either filtered quickly through a barrel to become Panther’s clear White Whiskey, or is sent into barrels for aging. Panther uses virgin white oak barrels to age its bourbon (which are available for purchase at the distillery!) for two years. The White Whiskey is what is available now, and the first batches of aged whiskey and bourbon will be available next spring. 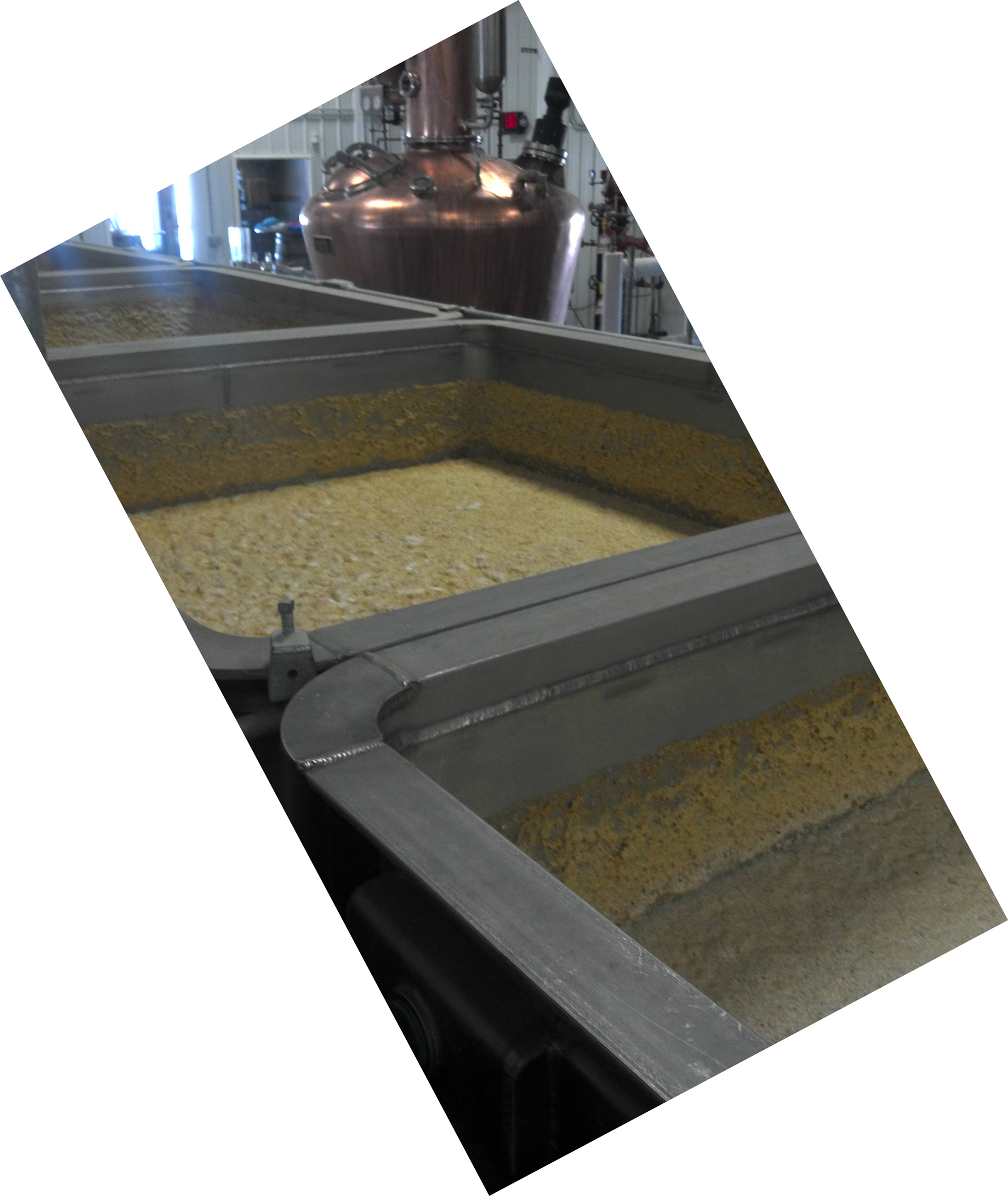 “I wish to live to 150 years old, but the day I die, I wish it to be with a cigarette in one hand and a glass of whiskey in the other.”
― Ava Gardner

As I walked through Panther’s set up with the owner’s son, we discussed potential changes to Minnesota law that might impact the way Panther does business. Alongside lawmakers, Panther wants to change Minnesota’s licensing law to allow the distillery to do the same things that taprooms in breweries are able to do. The owner wants to give samples to tourists, sell bottles of whiskey in his establishment, and have a hospitality room where tourists can purchase beverages made with his product. It seems fairly simple, but has met the same opposition that the Surly taproom bill did when it was proposed.

Thousands of people have toured Panther, and not one has been able to sample Panther’s product in shop? That is pretty disappointing. After having been to the distillery and taken the tour, I genuinely hope the law changes so Panther can be an even better tourist destination. The tour I went on was really interesting, and everyone who worked there was friendly, outgoing, and clearly in love with what they do. I can only imagine how much more fun it would be to sit down and have a drink there, with the people who make the whiskey. 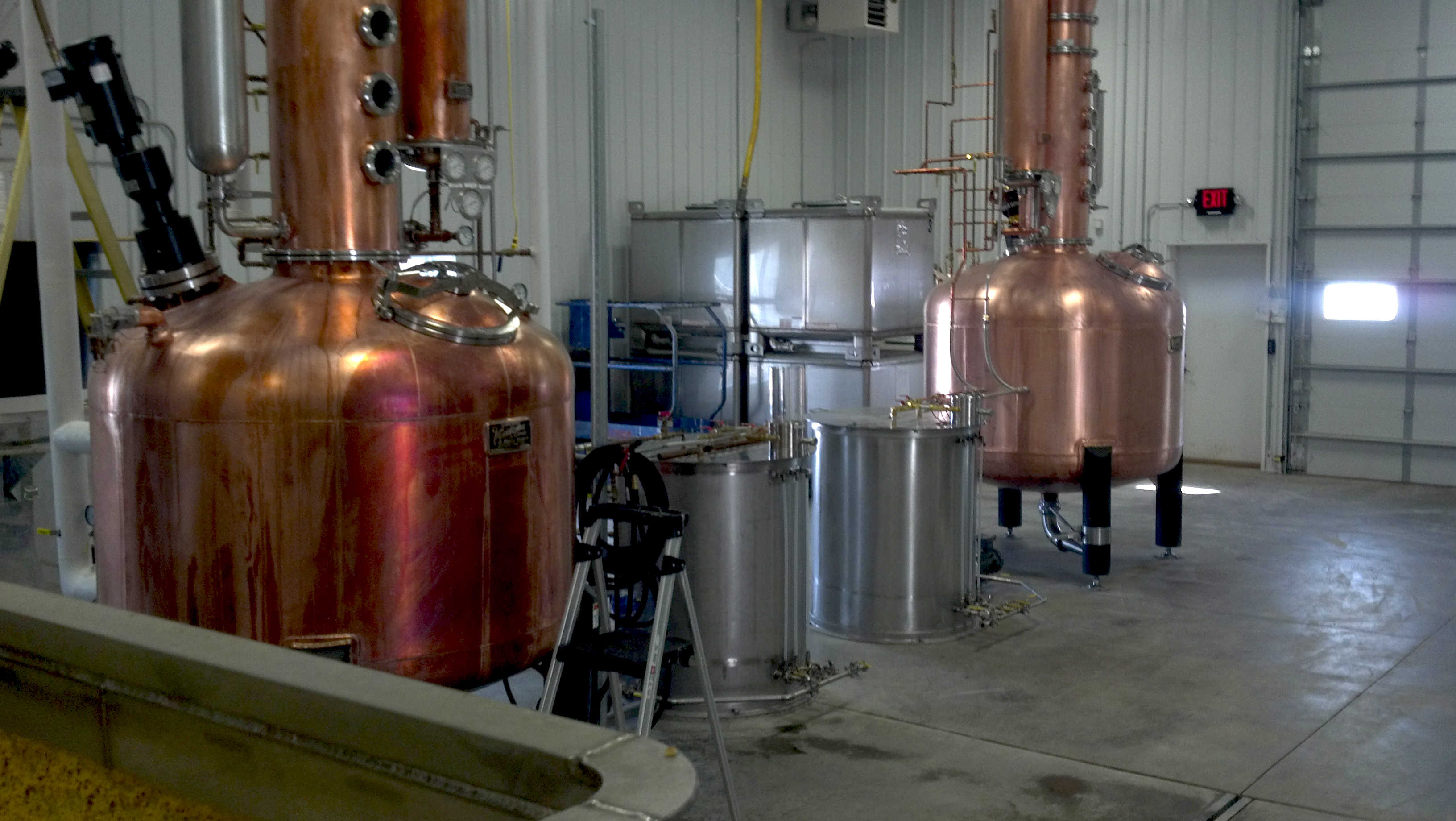 “Tell me what brand of whiskey that Grant drinks. I would like to send a barrel of it to my other generals.”
― Abraham Lincoln

The good news is that since it opened, Panther has been able to expand by adding two more stills to the operation, which can only be a good thing. Next time you’re heading up north, I highly recommend a trip to Panther—the distillery is open for tours from 10am-4pm during the week, and noon to 4pm on Saturdays.