Surly Brewing Company has brewed another collaboration beer with Three Floyd’s in Indiana. However, this time they are bringing Real Ale Brewing from TX, in the mix.

The new brew is an Imperial Cascadian Dark Ale, or an an Imperial Black IPA, whichever you prefer. The jury is still out on how this “style” of beer will be known to future beer historians.

No word on when the beer will be released. The shortest day of the year is Dec 21st, and would be a cool day to launch a beer named Blakkr.

The beer will be available in 16oz cans in Minnesota, 22oz bottles in IN. No word yet on how this three headed monster will be packaged in TX. 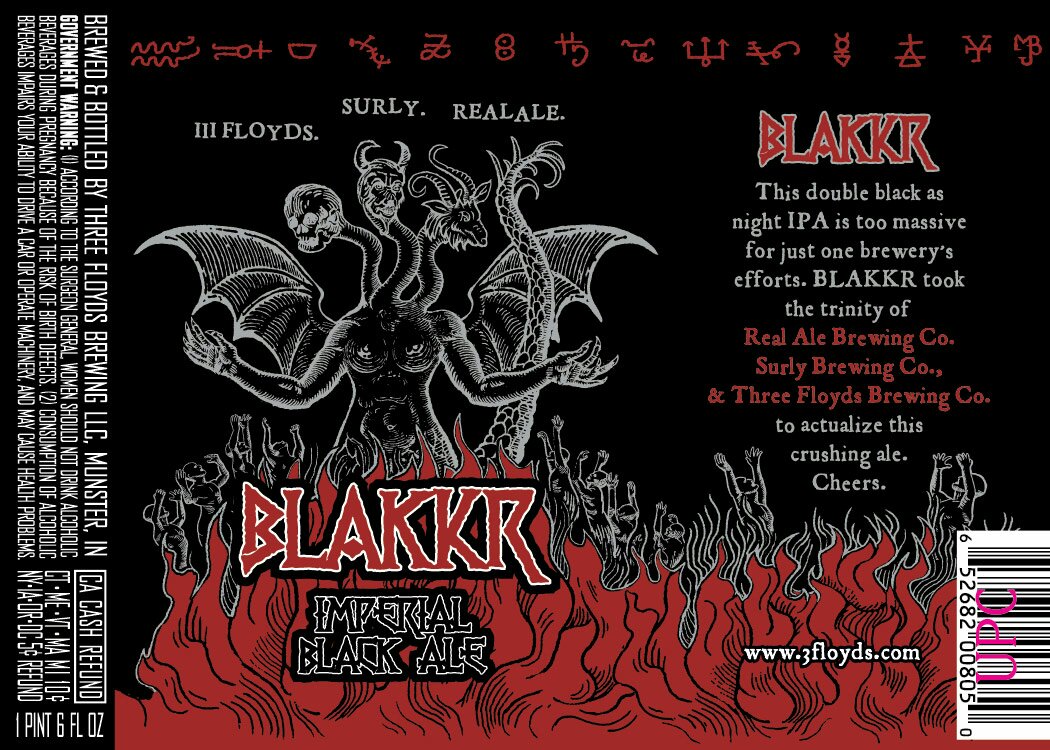