Surly Brewing Gets First of 3 Grants Needed for Destination Brewery 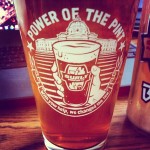 Surly Brewing cleared one of the several hurdles that stand in the way of their “Destination Brewery” with a grant approval from The Met Council.

The Metropolitan Council approved $545,300 to assist with environmental investigation and soil remediation for the proposed site.

Two more grants are needed for the brewery to become a reality. A ~$1.5M grant from the Department of Employment and Economic Development, and another ~$500k grant from Hennepin County.

UPDATE: The largest piece of the puzzle fell into place on Thursday morning. The Minnesota Department of Employment and Economic Development announced that it had awarded the city $1 million in cleanup funds for the 7.4 acre site.

The new brewery is tentatively planned for a vacant industrial lot near Malcolm Avenue and 5th Street SE, in Minneapolis.