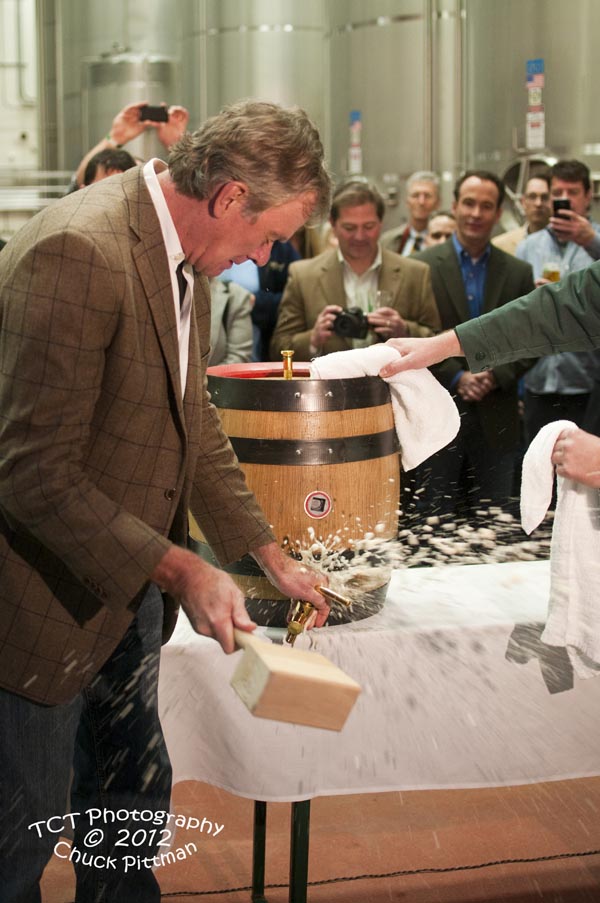 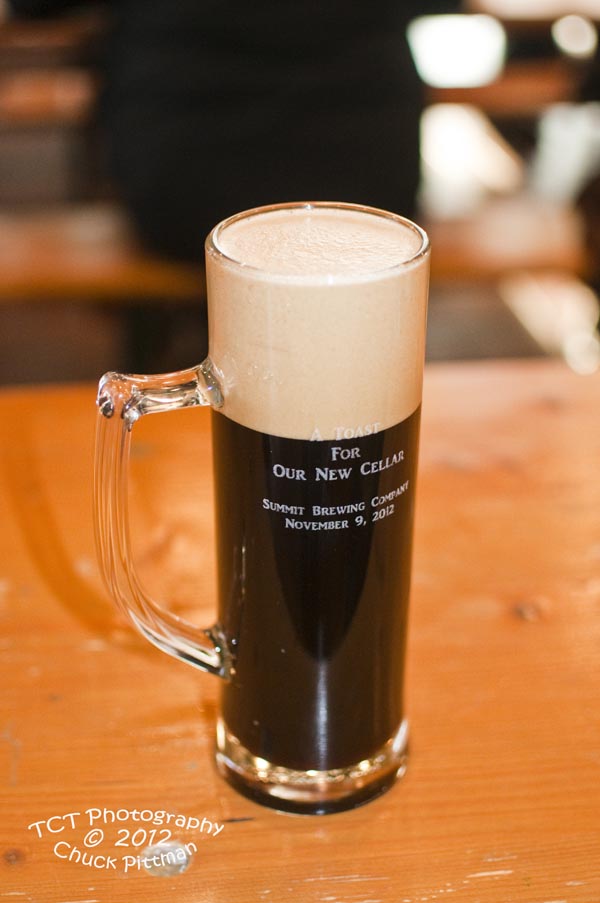 “Although Summit has been quietly investing an annual average of $1.7 million into the brewery over the past ten years, this is the most ambitious expansion since the new brewery was built in 1998,” said Mark Stutrud, Summit’s founder. “The truth of the matter is that we’ve hit the wall on capacity. We had to cut 12 brews this year due to capacity issues, so the original expansion date of June 2013 has been moved to this month.”

The expansion is scheduled to be completed by June 2013. The addional 7,632 square feet will double production capacity to 240,000 barrels per year. The estimated cost will total around $6 million dollars. Summit has partnered with several Minnesota companies on the project: DCI (St. Cloud) for tank fabrication, PCL Construction Services (Burnsville) for general contracting and Van Sickle, Allen and Associates (Plymouth) for engineering and architecture. 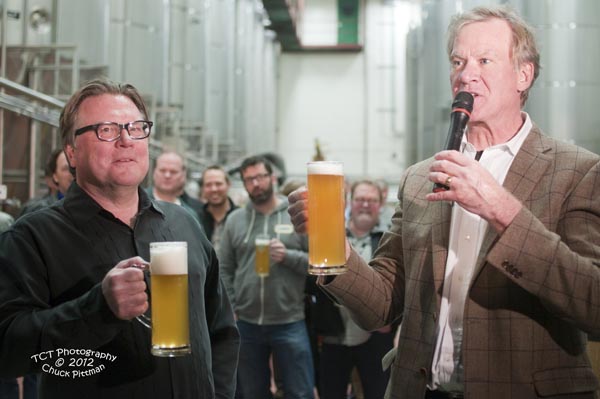 Stutrud and Coleman raise a toast to breaking new ground.

Special thanks to Chuck Pittman at TCT Photography. All images subject to copyright.