A six-pack plus one to try for Fourth of July

But, as we look to celebrate our independence on July 4 and the mercury nears its peak, a few staples quickly come to mind, including our favorite topic around here: beer.

As someone who admittedly steers towards IPAs and stouts (I mean, who doesn’t?), it’s sometimes difficult for me to enjoy too many “summer” beers. I’ve gone to work and compiled a list of seven Minnesota beers I recently enjoyed and encourage you to give them a go for the long weekend. As always, you, too, can share in the fortune of these Minnesota-made beers as they are available at all the finest off-sale joints (as well as taprooms), with the exception of Lake Monster’s Serpent Summer Ale.

And, here’s my usual general disclaimer: I’m not a cicerone. I’m just a guy who likes beer and relies on liquor stores for most of my beer. I’m not often disappointed, as you’ve no doubt seen in previous posts (and will see in this one). Maybe I’m easy to please. 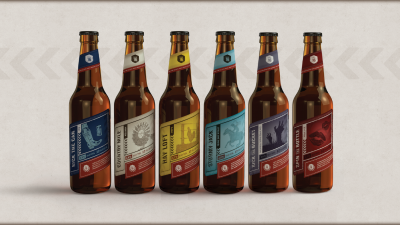 A small southwestern brewery growing its footprint, Take 16 Brewing Co. launched in 2014. It’s steadily expanded its beer and operations, starting bottling in late 2015. Their beers can now be found in Mankato and beyond (I’ve seen them in Lonsdale and Northfield).

Like some of its better counterparts sprinkled throughout Greater Minnesota, Take 16 is definitely worth tracking down. All of its beers are clean and refreshing, but for a hot, summer day on the water, grab their Hayloft hefeweizen. It’s quickly become a go-to for a style I don’t usually drink.

Here’s another brewery in the midst of growth, including opening a new taproom in downtown Duluth (aiming for opening this summer). Blacklist focuses on small batches and brews in the Belgian tradition. All Blacklist beers come in a 750-ml bomber bottles and are corked. Any decent liquor store should have a row dedicated to these guys (many do), so they’re not hard to find.

They’ve earned the shelf; Makrut Wit, made with Makrut lime leaves, popped with a smooth fruit flavor, aided by coriander and orange peel. It was a real pleaser.

Here’s another specialty offer from Waconia Brewing, which focuses mostly on taproom-only releases. This DIPA, like Waconia’s previous release, Waconiator, is a nice beer. I may have held on to this beer a little long before opening it, but the 25.9-oz bottle still opened to and poured with a great aroma, and had a nice balance to the beer upon consumption. I’m not shy to say I had no problem drinking this solo in one (short) sitting. Like its predecessor, this beer, coming in at 9.8 percent ABV and 88 IBU, has limited availability and can most easily be found in the west metro. You may want to work up to this one as your shoulders brown (or, redden, as it were).

Fulton probably doesn’t need much introduction to the initiated, but for those who haven’t had the privilege to check out their lineup, their beers are ones to check out.

For me, as a break from light, crisp (and sometimes hoppy) beers, I just need to dip my toes in a stout. Look no further than the War & Peace imperial coffee stout for a change of pace as the sun dips and the air cools. Or, if you’re on the boat for fishing at dawn, have at it. It does have coffee in its name, right?

Another brewery that doesn’t need an introduction. Indeed’s annual summer offering, Shenanigans, is known as a crowd pleaser and it didn’t disappoint me. It’s a light-bodied beer (5 percent ABV) that has the wheat and Indeed-favorite honey flavors coming through, aided by the lemon and orange notes. Strongly endorsed for golfing, fishing and anything else above ground.

Insight Brewing is quickly gaining a reputation for sleek branding, as well as sleek beer. All four of its mainstay offerings are good, but they may not be for everyone, mostly because the “average” beer drinker may be unfamiliar with and turned off by such ingredients as sauv blanc grapes or yuzu; to those people, I say just try it, then form an opinion.

The saison, made with sauv blanc grapes, is a palate pleaser. It’ll be a refreshing beverage as your steak slowly works toward perfection.

One of the rare Minnesota breweries that had distribution before a taproom, Lake Monster has been on the market for a few years and benefited from honing in their flagship beers before throwing out a bunch of recipes. Both the Calhoun Claw Pilsener and Empty Rowboat IPA, the latter in particular, have been heralded by many and for good reason. They’re just good, easy-drinking beers.

But you should make a visit to the Lake Monster taproom (sweet space) and pick up a growler of the Serpent Summer Ale, a Belgian wheat style ale. It has a very smooth, citrusy taste. It’s good on the front and back.