Sidhe Brewing: Crafting a Magical Taproom for All

Among the signs for businesses on the Plaza Del Sol building in east St. Paul you’ll find one for the not quiete open taproom of Sidhe (pronounced She) Brewing.  When you enter the building there are three restaurants, a salon, t-shirt store but no brewery in sight.  Walk all the way to the back.  The area with no lights worried me but it will be lit soon enough.  I was rewarded from squinting when on saw the brewery logo on a set of double doors.

As I walked through the brewery’s double doors I was greeted by hand-welding from head brewer and overall mastermind of Sidhe Brewing Kathleen Culhane. How else do you add an inch to a metal door and frame that was rescued from a high school and built in a time of different code regulations? This kind of do it yourself work is indicative of the values of Sidhe Brewing. It can be seen every where your eye can fall in the taproom. Kathleen has taken DIY to the next level. “Every skill I’ve learned in life has prepared me for this,” says Kathleen. From building the 2-barrel brew system (including the electrical), the brew house control panel, and the custom blow off bucket holder on the fermenters. Everything but the walls and the cooler has Kathleen’s skills and her crews hard work all over it. 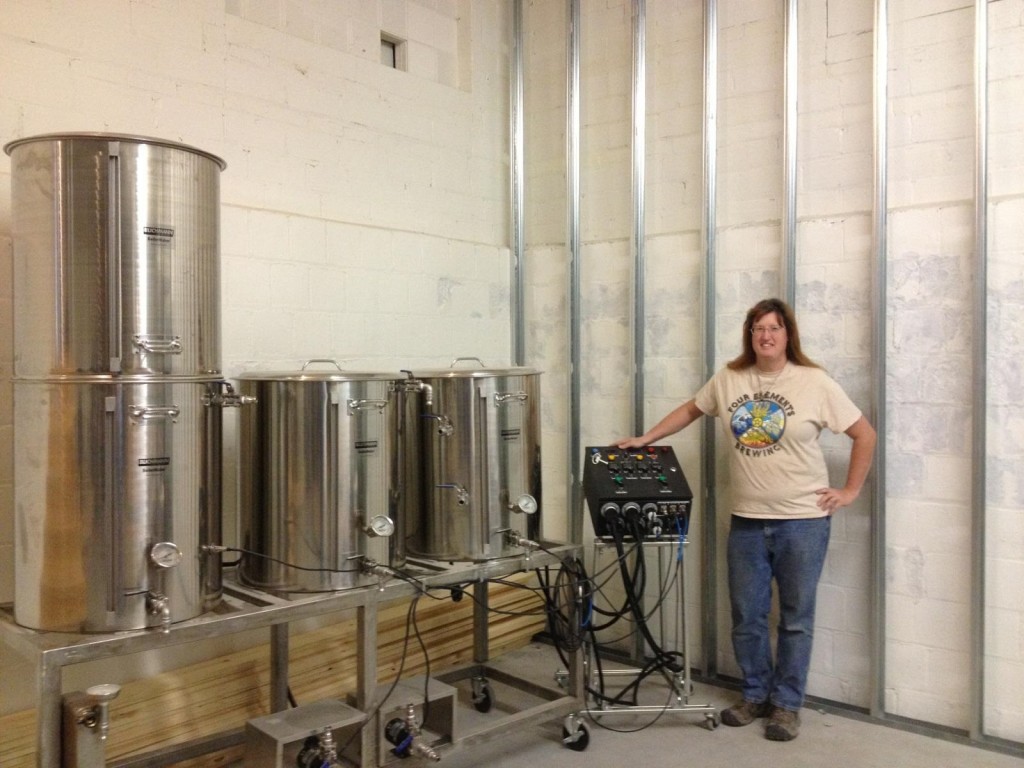 The Sidhe taproom just received national certification so don’t expect it to open next week.  Currently, there is no firm opening date as we all know how the wheels of government turn, but there’s a strong chance of having some geektastic times with brews in the coming months. To reach their opening day goals they do need a little help.  They just launched an Indiegogo for that final push to get the taproom up and running. Contributing will provide a needed east St. Paul taproom offering the smooth tunes (the sound system is epic) and great conversation for all to enjoy. On the Indiegogo you’ll find a run down of the 6 beers that will be the standard offering of the taproom. The Mexican lager caught my eye. A wonderful nod to the building and community that Sidhe lives in. Pairing this with some of the food from the front of the building (which, I’m told, there will be a discount in when ordering when going to the taproom) sounds like a start to a great evening.

“Every skill I’ve learned in life has prepared me for this,” says Kathleen Culhane.

The next time to try Sidhe Brewing before they open will be at the taproom but before an official opening of the taproom. On Nov. 1st, and in collaboration with Summerland Spirit Festival, they will celebrate Samhain, giving honor to and communicating with the dead as the veil to the spirit world is the thinnest according to Wiccan belief. Try out some samples of Sidhe Brewing wares and honor your departed. Check their Facebook event page for all the info.

Just as Sidhe’s logo borrows from the Pagan idea of four elements coming together to make magic there’s a magic about this brewery as it combines with it’s surrounding community that will be hard to recreate in the Twin Cities brewing scene. “We’re a taproom first,” says Kathleen. The only rule is to “be nice” as long as you hold to that everyone is welcome and they mean Everyone. Interests and personalities of all types will find a loving place at the Sidhe Brewing taproom. 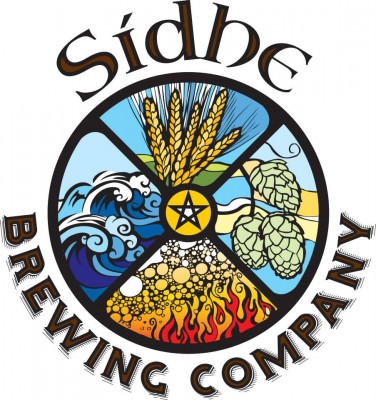 Find even more info on Sidhe Brewing at their website here.

One thought on “Sidhe Brewing: Crafting a Magical Taproom for All”