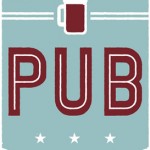 I’ve lived in Uptown for five years now. Moved four times and managed to stay in the same zip code (which has been a bitch to figure out where to vote). I love Uptown, what it used to be. I remember a time, the first time I had a Surly, at Old Chicago. I would go for their fantastic happy hour and a shot at something I’d never had in a beer before all with great friends by my side and a place where I could have a conversation. At that time my favorite beer was Moose Drool, so when Bender came around you can guess my mouth’s excitement. The beer was great the atmosphere was people like me, 20-somethings within a few years of college graduation who were out to live in a city with a night life. The legends grow from there.

Then there’s Williams. I loved it because it reminded me of Iowa, where I’m from. These were the people who I went to high school with, the ones I wanted to get drunk with. I would have two beers there (and by two I mean six because they continue not to screw around there with head sized glasses) and go over to the Uptown to catch the a midnight classic I had yet to see on the big screen. I was Donny in his element.

And the Independent, I never loved it, but it passed. Always filled with guys faking style and even manners to hook up or keep the women who were interested in them and ladies that were ready for a night where the town and they would end up covered in red paint. My friends and I came for the happy hour apps and stayed because a $4 Two Hearted was the best deal on Saturday at 10 at night. The best deal also in an atmosphere that allowed a desire to communicate without being shoulder to shoulder with your fellow humans.

The times they have changed for the Kingdom of Prince in the heart of Uptown. I’ll credit Parasole for a great idea with Chino Latino that has brought business to the area. Their gain is our loss. A business model has brought rise to the Kitchy bar/restaurant that has falling down drunken people flocking and falling out of most nights of the week for a chance at overpriced food and the idea exclusivity. It’s Downtown in Uptown with a dash of chic (try driving down 1st ave at 11pm on a Saturday and you’ll see what I mean). This gave birth to Drink (God dance on its dead soul), Cafeteria, Bar Abilene (although it was here before them all as adapted), even Williams has been overrun with the stand in line/tub girl/get smashed mentality. Even Cowboy Slims, the bar without the pretention of Uptown (which earned it a little of my respect) is now tore down for condos, don’t get me started on that trend…

Folks, I’m here to tell you something is happening in Uptown. There is an eye in the hurricane that is Uptown and it’s the Republic. There are no Macro beers on tap. Let me repeat that. THERE ARE NO MACRO BEERS ON TAP. No taps of Miller, no cans of PBR. The closest thing you can get is Goose Island and the jury is still out on that …situation. What is on tap is 50+ beers of craft goodness including, 12 local, four nitro, four that aren’t on the tap list, another four that rotate, and ten international. In short a great selection and that’s just the beer.

Here’s what greets you as you walk in; unfinished floors, the smell of paint, someone who greets you and nothing electric but lights and POS terminals (no TV’s what so ever). The first thing encountered, once you enter, is the bar. It’s in the same place as the Independent but not surrounded by the distraction and happen stance of yore. This is a bar and its main attraction is craft beer, abandon all hope ye who enter looking for something else. Gone are all of the walls that separated the old place into their trendy sections. In its place conversations are heard, overheard and real interaction is left to reside where distractions and artificiality reigned. I was able to meet Steve, a veteran of the beer community before there was one and before he knew there was a community. He was drawn to the potential of what this new Republic could be. Drawn to the chance to try and form a better union with input from the people that make it up (he insisted on crafting a black and tan from the drafts on top to compliment the dessert to at least ten people). He came to be part of the something I want to be a part of, a community; a community on the verge of not having a face that I could recognize. But also a community that wanted to take back what it had lost.

I’ve been here for three hours at this point; enjoyed three beers I’ve never had before, had a great burger, and made a friend I never had or would have had because of this place. It’s Monday and although it’s the “official” opening of the Uptown Republic this place isn’t open as we will know it. It’s open for dialogue, for what it will be. Already it’s a refuge for what I used to know Uptown as (and this is better than it was) and what it can be. In the entire time I’ve been here it’s stayed above 50% capacity. Vita.MN and Twitter were the only places the publicized the opening. The people are speaking. This bar is needed and greeted with open arms.

Great beer, good food, and a place to talk; that’s what the Republic is known for in Seven Corners and brings to Uptown (now about that live music…). It brings that same atmosphere in Uptown knowing exactly what it is and exactly who it will attract with no apologies. All in all is all it is and I can only wait to see what it becomes. Regardless of what it becomes, I’m pledging my fealty as a loyal member of the new Republic.