It seems like you can’t open the paper or fire up the computer without hearing about another brewery opening. I can imagine for some readers each new brewery gets a little less and less exciting. I’ve even read articles suggesting that the State may be nearing a saturation point. Hogwash! If you look at the breweries per capita of Oregon and Colorado, states with similar “personalities” as Minnesota, they suggest we could support eighty or so more breweries. I’d venture a guess that most craft beer enjoying Minnesotans would love to be compared to Oregon and Colorado. We’re just getting warmed up! 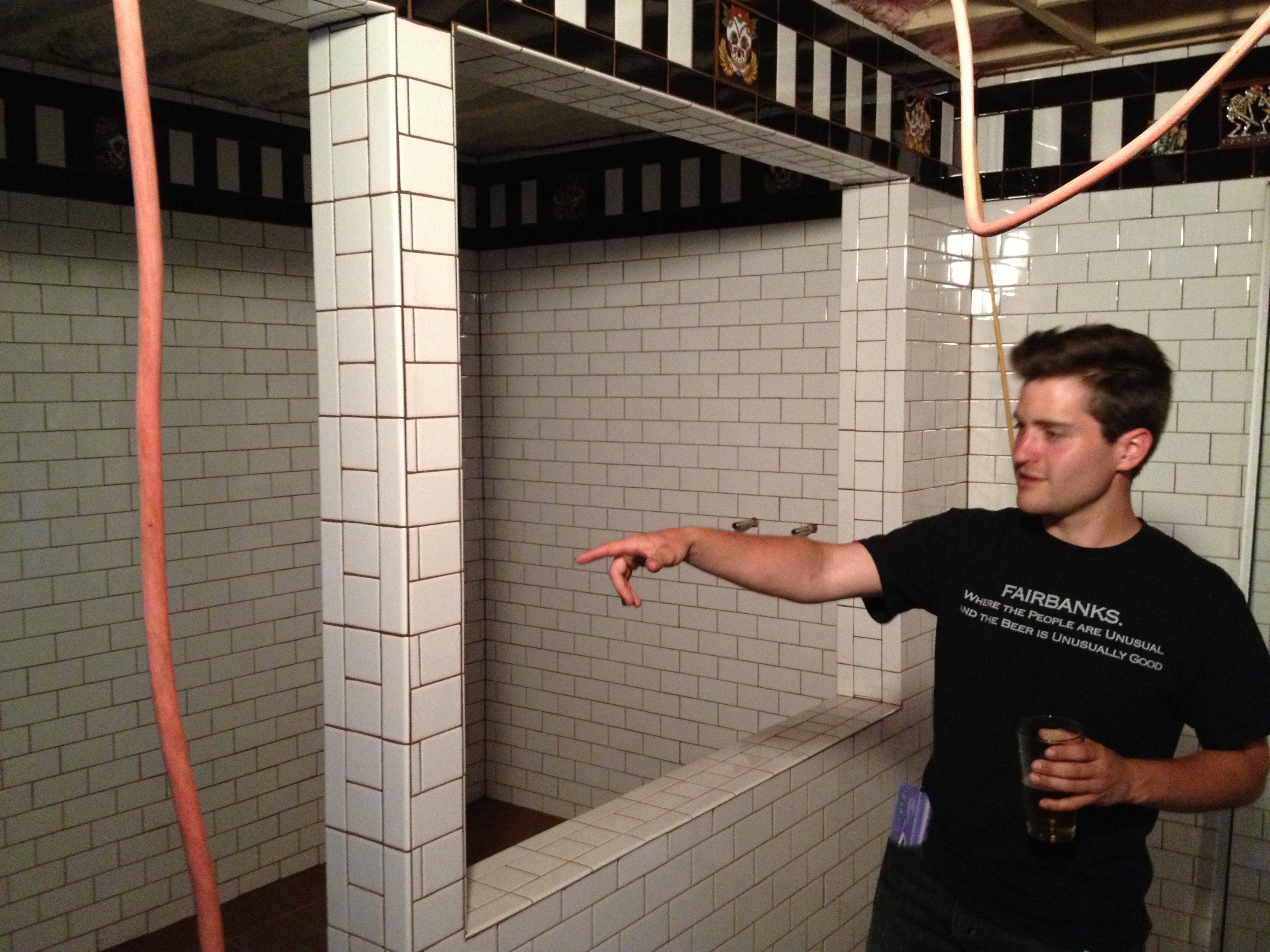 I was in Grand Marais recently and had the chance to sit down with the head brewer of the soon-to-be-opened Gun Flint Tavern and Brewpub. Paul Gecas (“GET chiss” if you’re scoring at home) was kind enough to share with me the history of his family’s little tavern in the north and its brewpub expansion. It’s quite possible that if any of you have ever been to Grand Marais, the Gunflint Trail or any of the State Parks on the upper North Shore that you’ve paid a visit to the Gun Flint Tavern. Since opening in 1998 the Gun Flint Tavern has been focused on craft beer. And, as much as possible, Minnesota craft beer. I remember my first visit in 2009 and I was blown away. Only a few places in the Cities at that time were offering the selection this place had and the GFT was 280 miles away! Paul’s aunt and uncle, Jeff and Susan Gecas, opened the pub with a focus on high quality food, freshly prepared in-house and with a beer menu to complement. And quite honestly, they’ve always had visions of beer freshly prepared in-house as well. Later this year, that vision will become reality.

Paul’s brewing history goes back a long way. His father Greg has been homebrewing for 30 years and for as long as he can remember has been helping dad make beer at home. Paul’s family owns and operates Heston’s Lodge up on the Gunflint Trail. The three hour round trip to Grand Marais eventually led to Paul’s being homeschooled. The curriculum apparently included brewing and fermenting; something we all wish we could say we learned in primary school. While in college at U of M Morris, Paul and a group of buddies would homebrew on a regular basis. Since college he spends his time helping out on the family lodge which includes, of course, brewing. Paul and his father have long been active members of the homebrew club Northern Ale Stars and have been hosting club events at the Lodge for over 20 years. Greg Gecas will take on the roll of assistant brewer assisting his son, so this really is a family run operation. Paul interned at the Thirsty Pagan Brewing in Superior, Wisconsin earlier this year and spent some time shadowing Dale Kleinschmidt at Lake Superior Brewing. Most recently, Paul came down to the Cities and worked with the gang at Lucid Brewing in Minnetonka. These are all efforts to learn as much as he can about the parallels and distinct differences between large and small scale brewing.

So what can we expect from the brewery? The 5 barrel system was built and used in New Zealand and most recently resided (although never used) in California. The brewery was shipped to Grand Marais and is going to be installed soon. There will be three fermenters and five serving vessels. The tile work is complete and the plumbing roughed in. There will also be a lot of glass in the brewery so you’ll be able to have a good view when visiting. What will be on tap? Well, the Tavern’s clientele drink a lot of hoppy beers so you can expect some of those, “perhaps an IPA, pale ale or EPA” says Paul. You may also find a Brown Ale or similar style on the darker end of the color spectrum. Paul spent a May-term studying abroad in Scotland and spent much of the time seeking out the best ‘real ales’ he could find. His appreciation of this style, he says, may eventually lead to some small batch hand pumped casks at the brewpub. Definitely exciting!

The restaurant’s menu will never be far from Paul’s mind while crafting his beers. The food at Gun Flint Tavern often plays around with new and different ingredients, something he plans on doing as well. They plan on using Lake Superior water for their brewing water. Did I mention Lake Superior is only about forty feet from the front door? And speaking of local sourcing; Paul plans on using local artists for label art and tap handles as well as a local coffee roaster and other companies as much as possible to craft his hometown brews. Something many of us can appreciate. 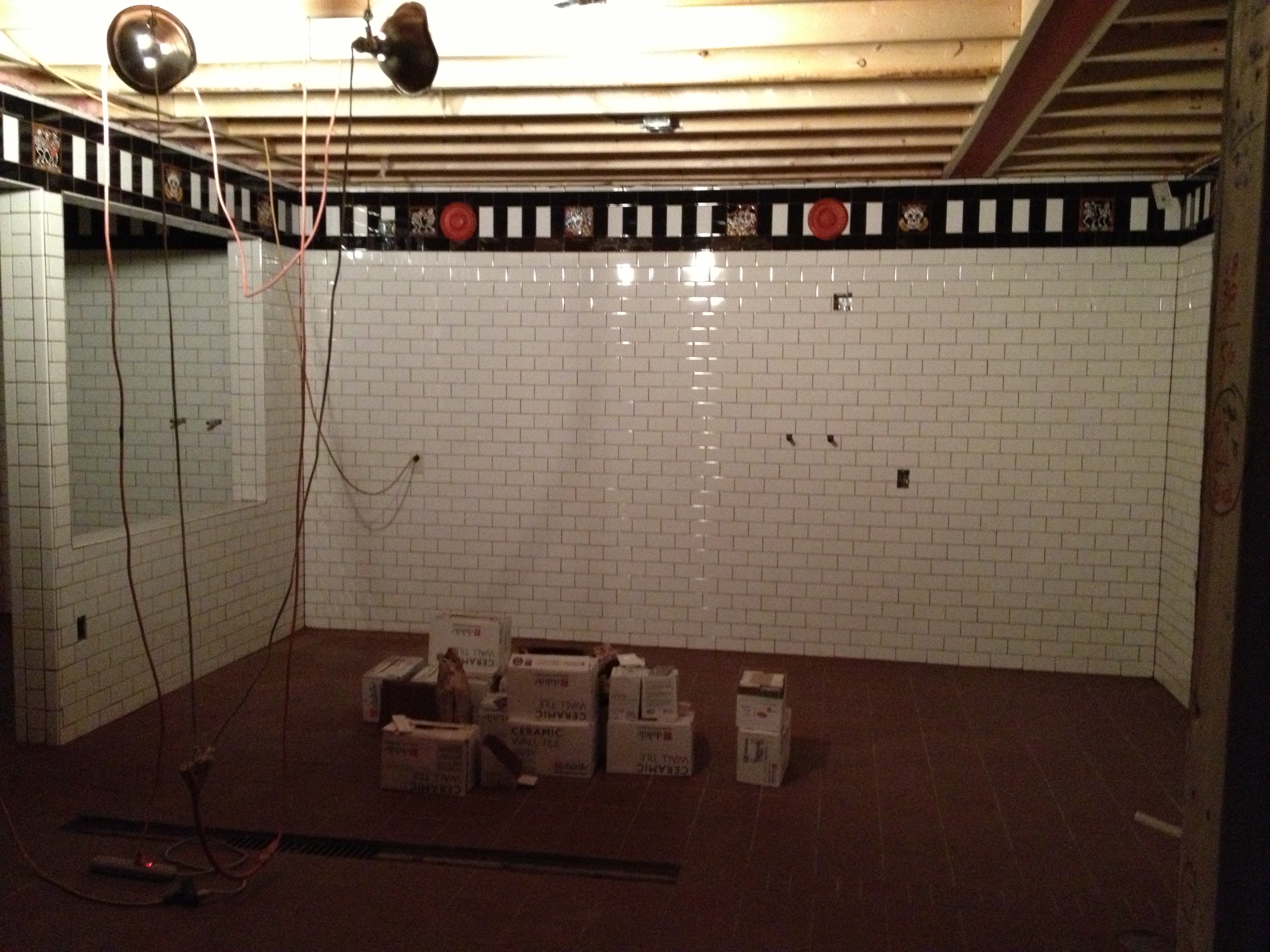 Will you be able to get Gun Flint Tavern beer to go? That is the plan. In addition to traditional glass growlers, they are hoping to provide Nalgene or stainless steel growlers perfect for taking into the Boundary Waters. Does 64oz sound like too much beer to carry in your back pack? They have been toying with the idea of refillable 750ml bottles, again maybe Nalgene or stainless. The perfect companion for a thirsty paddler. As of right now there is no official opening date but they are hoping to be open sometime this calendar year. If you find yourself in the area I would highly recommend stopping in, even if the brewery isn’t open yet. And be sure to stop at the many new breweries popping up in Duluth and along Highway 61 on your way.

For more information and to follow the progress please check out their Facebook page https://www.facebook.com/gunflinttavern and blog http://gunflinttavern.wordpress.com/.

One thought on “Gun Flint Tavern and Brewpub”