Fulton Brewing Looks to Set Standard With a New Lager

MN Beer Activists: What is Standard Lager?
Ben Flattum: Standard is our new year-round lager, it’s not just a beer for “beer people”, it’s a beer for PEOPLE. Period.

MNBA: Why a Lager?
Ben: When we looked at making a crushable affordable alternative to a lot of beers out there, a lager made perfect sense. It’s a familiar term for most folks and it leaves the cleanest finish possible. We have so much respect for brewers that can execute a clean lager, something that takes a lot of skill and consistency in a brewery. We’ve been wanting to make one forever, but with our additional tank space we have at our NE Mpls production spot, it finally made sense for us.

MNBA: But aren’t all lagers just fizzy yellow water?
Ben: The perception is obviously out there, but given that it’s just a yeast variety there are so many opportunities for more flavor than what the big guys have defined as a “lager” for most people. Given our 100% malt bill, with no adjuncts, and a solid American hop profile, this beer will stand out as flavor filled and drinkable as any beer you can get.

MNBA: A new brand under the Fulton flag? Similar to Sam Adams under Boston Beer Co?
Ben: More of an extension of Fulton than a new brand. We wanted to represent how approachable the beer was, without scaring folks off that are leery of trying Craft Beer. The branding is clean and straightforward, much like the beer itself. Firestone Walker has it figured out with their “805 Beer” brand extension and we are following in their footsteps.

MNBA: Couldn’t you just release Fulton Lager?
Ben: We absolutely could, and the beer is definitely everything Fulton represents. It’s a great representation of the style, clean and balanced. But we want to branch out beyond the current group of amazing Fulton loyalists, and this was a great way to do it. 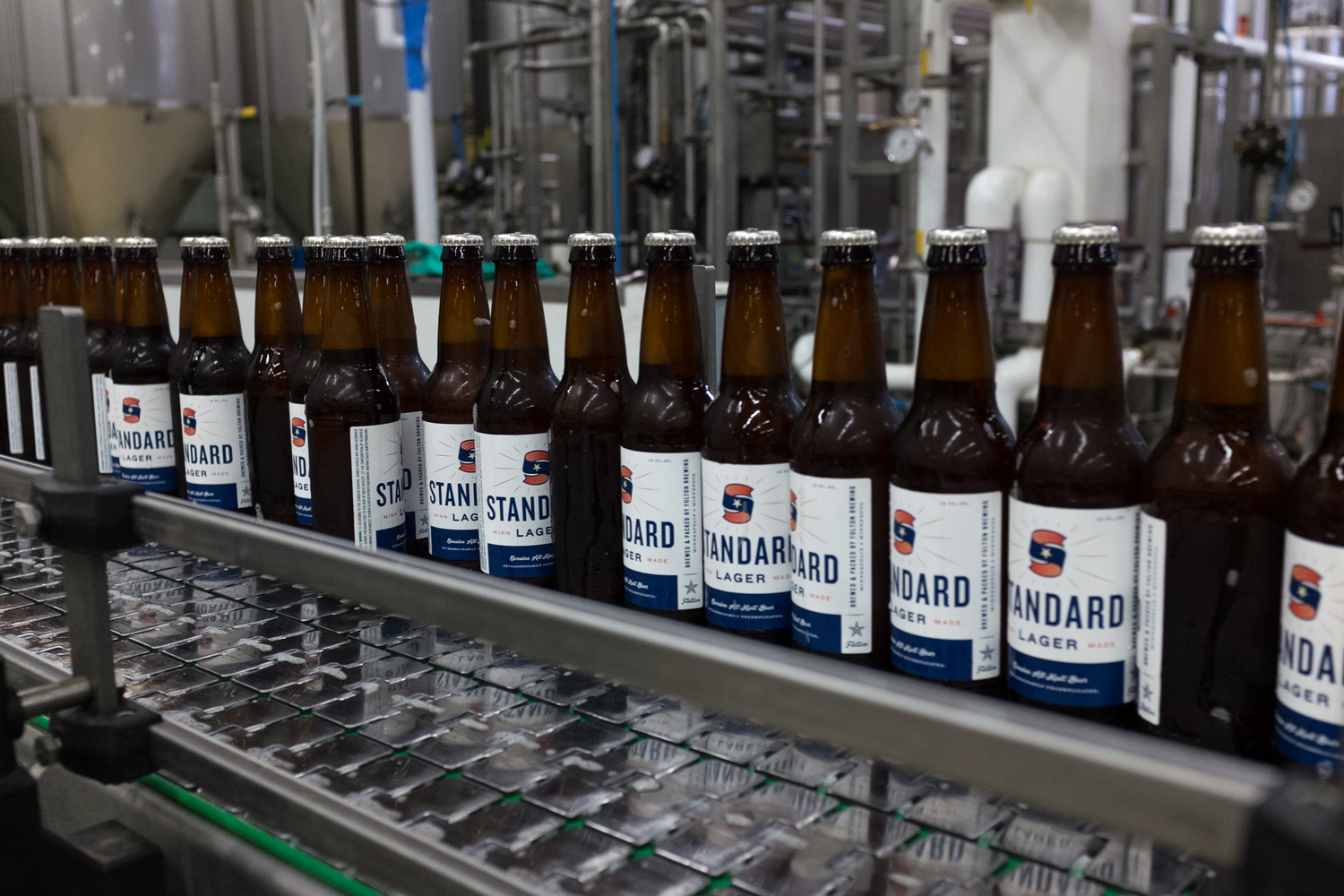 MNBA: Can we expect more brands from Fulton?
Ben: Maybe something focused on sour or wild beer? — Fun fact, we actually have been working on our Mixed Culture Fermentation project at our downtown location for over a year. There are two different beers, almost ready to go. The other one, Tanager, is a 100% Barrel Fermented Brett IPA. We use some amazing strains of Brett, and it has an insane tropical flavor all around. It’s a year-round beer in our taproom and we hope to build on it some more. Definitely worth the trip.

MNBA: What is the concept behind the “standard” branding?
Ben: We wanted a classic look to a beer meant for everyone. In our mind, this beer is the “Standard” for what an easy drinking lager tastes like, and didn’t want to muddle it with an overly-complicated logo. The simplicity and clean nature of that logo is what makes it stand out, much like the beer itself. The tagline fits it so well, “Extraordinarily Uncomplicated” and the logo flies along that line.

MNBA: When is the beer coming out?
Ben: Draft starting September 9th, Tallboy Cans and 12 Pack Bottles in early October.