When I heard that the Blue Plate Restaurant Group was planning to open a brewpub, I thought, “well that only makes sense.” After all, they have been behind the craft beer movement since the beginning of their now 8-deep restaurant group. I can remember drinking my first Third Street beer at Edina Grill, a place my family has frequented for years.

But when I heard that they were opening it in the North Loop I knew I had to visit as soon as possible.

The neighborhood gets a lot of love, a lot of press, and a lot of cookie-cutter historic loft to condo conversions. Despite the fine dining, there may not be another pocket of Minneapolis where the dining is so stratified with a gaping hole in the middle – on one level is Cuzzy’s, Club Jager, and The Loop and on another is Borough, Smack Shack, Bachelor Farmer, and Bar La Grassa.

Enter Freehouse, a brewpub of industrial-meets-pragmatic design located on Washington Avenue, to bridge the dining gap. Originally dubbed the “Loose-Wiles Freehouse”, a throwback to the historic building, there is more to this place than first meets the eye, especially if you’re there when your eyes can’t see the floor.

My first visit was one such Friday at 8:30pm and I could not believe the sheer number of people crammed into the bar seating. I was worried but couldn’t bring myself to go elsewhere. I ordered one house beer – the brown ale, found a bare patch of wall, and waited for a friend.

Despite the hustle, table service was surprisingly prompt and the noise level was tolerable.

On that first visit I was very intrigued by the entire concept and made plans to chat with the brewer, Pio. I was pleased to sit down with him in front of a rainbow of taps to toast the new digs and learn more. 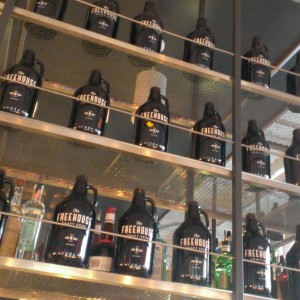 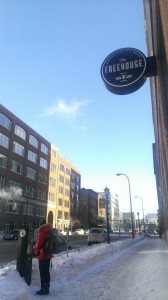 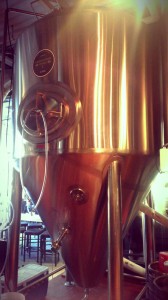 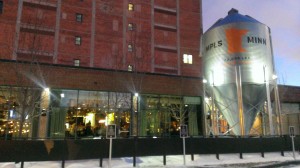 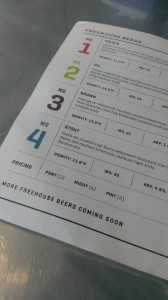 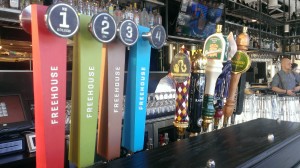 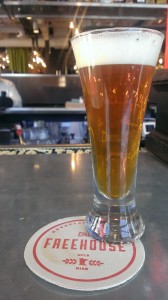 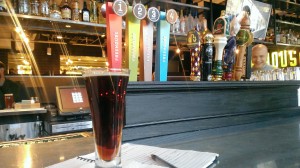 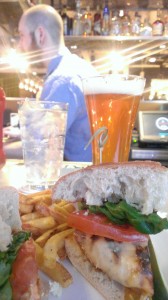 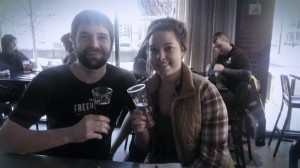 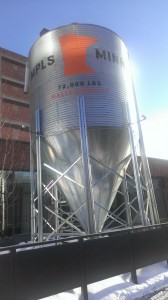 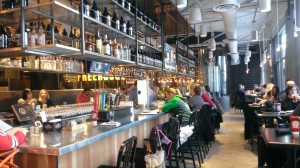 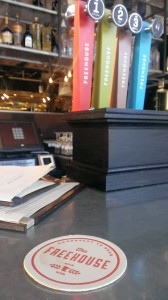 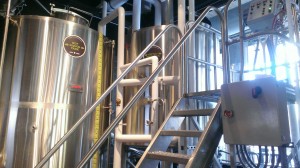 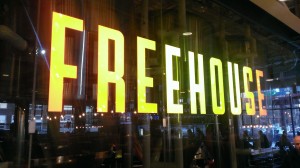 You may think otherwise by looking at him, but head brewer Pio (Tim Piotrowski) has extensive and serious brewing experience, experience that he didn’t imagine would land him in a brewpub. After studying with the American Brewer’s Guild in Colorado, Pio completed an internship at the legendary Oscar Blues. He had a number of brewpub gigs after that, including Walnut Brewery in Boulder, ChopHouse in Denver, and Rock Bottom in Westminster.

He became a Minnesotan after being offered the Head Brewer position at the downtown Minneapolis Rock Bottom and from there was recruited from a large pool to head up Freehouse’s operation.

“I basically presented a portfolio, what I would brew, my ideas,” he explains. “I had to go through several interviews”. His portfolio and brewpub experience impressed Blue Plate.

Hurdles immediately followed for the brewing at Freehouse, including the government shut down which resulted in fewer beers being available on opening day. Through the kindness, advice, and capacity of other Twin Cities’ breweries, only the smallest of wrenches actually impeded the planned beer selection.

The delayed opening occurred on December 16th with three house beers on draft. The current line-up consists of a Kolsch-style beer, an IPA, a brown ale, and a stout.

I asked Pio whether working for a restaurant group with such a defined image and expectations makes him feel constrained as a brewer. He explained that the major limitation in brewing is the brewpub setting itself. “All of my beer has to be sold over this bar,” he gestures. “In a brewery you often have flexibility of distribution to add to sales.”

That really made me stop and think.

“Does that explain why the beers are so safe?” I asked.

Pio sort of shrug-nods, but says he sees it another way. “Every person who comes in here will be able to find a [house] beer that they will enjoy.” He is an advocate of beers that are approachable to non-beer-drinkers. The Kolsch-style beer appeals to a broad spectrum of individuals and acts as the gateway beer for macro drinkers. At the same time, at – I feel the need to say “only” – 55 IBUs the IPA will appeal to more drinkers than just hop lovers. It is an IPA that falls in the middle of style guideline rather than pushing the IBU frontier, Pio points out.

As a non-hopophile, the IPA was very good, with ideal body and a clean finish. It especially shined when paired with chef Breck Lawrence’s Grilled Chix sandwich

But he understands the demand for exceedingly hoppy beers in this market. He has his fingers on the pulse of American tastes and added a rotating IPA in addition to their “#2 IPA” the day after I met with him. The first in the rotation is a single hop El Dorado IPA at 7.3% and about 70 IBUs. It is available now.

The next rotating line will be a wheat beer, and while it is one of Pio’s favorite beers, that is not why he is adding it. “I don’t brew for myself. I brew for what my guests like to drink.” An important idea, especially in the brewpub setting.

Finally, I asked if Freehouse will ever have what I call a “Black Friday Beer” – a limited release beer that forces people to wait in line for hours or trample each other as if for a deal on a TV. Pio laughs and says that it is possible but probably won’t be soon. Eventually a beer may be made using Four Roses Bourbon barrels, a spirit that Blue Plate frequently features.

I sampled the house beers and it was obvious that improvements have already been made. The Kolsch tasted much more Kolsch-y than during my first visit, which Pio confirmed to be the result of refining both equipment and process. I still find the brown to be somewhat boring, but learned it is a favorite of at least two bartenders, so maybe it is more about personal taste in this case.

Beer nerds who take note of IBUs or SRM and use Untappd habitually are not the target market for the Blue Plate addition. They may not find something mind-blowing among the Freehouse beers, and that is okay.

Proof of the success of Freehouse is in the numbers, which Pio showed me. In the first two weeks of operation, “well above” 90% of beer sold was house beer. Additionally, 3,300 pints of IPA alone were served, and that does not include the other two sizes of pours they offer.

For those wanting to impress friends, take note that the entire space (which was designed very intentionally) is built on three levels. The bottom, where the bustling bar is located, is also where the mash and lauter are within the brewing space. Moving up one level is dining and fermenting – a slower, more docile process. The third level is the private dining room which showcases beer packaging items, beer art, and the kitchen, where food is expedited into the rest of the house.

The implications of such a large group of restaurants brewing its own beer is yet to be determined. Rock Bottom and Granite City are not appropriate comparisons as they are national chains. One thing is for sure, the beer from Freehouse will most certainly be distributed to all other Blue Plate spots, but Pio is adamant that the rest of the beer selection will still remain intact. “We aren’t looking to eliminate variety,” he says emphatically.

Thank you to Freehouse, to Travis Waltz and Drew Avery, and most of all to Pio for his time, knowledge and for letting me be a voyeur. I’ll see you all soon.

Paige runs AlcoholbyVoluMN, a blog to document her forays into the world of beer, including: craft beer / up-and-coming breweries / beer history and anthropology / the applied science of food pairings / destination breweries and other beer adventures. You can tweet page at AlcoholbyVoluMN.