While the weather would have us believe Mother’s Day is near it is actually Father’s Day that is rapidly approaching. As a new first-time father myself, this Father’s Day will be a special one. And if you’re like me, you’ve probably always had a hard time figuring out what to get dear old dad. Well, if the dad in your life is a lover of fine beer here are some options (as well as things to avoid).

Is the craft beer dad in your life ready to step up to the next level? This can be one of the greatest gifts a guy can receive. Just ask me. I married the girl who bought me one. Just make sure the recipient will actually use it. I once dated a girl who bought one for her dad and fifteen years later it’s still in the box. Here in Minnesota we have a two (for the time being) of the largest homebrewing supply facilities in the country – Midwest Supplies in St Louis Park and Northern Brewer in Minneapolis and St. Paul.  Both are currently running Father’s Day specials.

Does dad like beer? Does he like to read? Perhaps a beer book or magazine subscription will make his day. If your dad is already a homebrewer, perhaps a technical book would be appreciated. Consider John Palmer’s ‘How To Brew’ (This book is also available in its entirety online at HowToBrew.com) or ‘Brewing Classic Styles’ by Palmer/Zainasheff. This book is a great guide for competition beers! Almost anything by Randy Mosher is a good choice. On the magazine front Brew Your Own and Zymurgy are both great resources and great reading. Although Zymurgy may require a membership to the American Homebrewers’ Association (gift idea?). If he’s just a connoisseur there are plenty of books and magazines to fit that need as well. I like anything written by Stan Hieronymus. Garrett Oliver’s Brewmaster’s Table is an awesome guide to pairing food with beer. And don’t forget the great coffee table book Land of Amber Waters –The History of Brewing in Minnesota by local author Doug Hoverson. Beer Advocate is a fun magazine and as far as beer porn goes, consider All About Beer the sticky page magazine in the group. So much history and knowledge in that publication. I love the articles by Fred Eckhart!

What beer drinker doesn’t like receiving beer? The mix-six is fun to say but it doesn’t have to be six. Think of his favorite beers, maybe they come in bombers or 750s. Or try a theme. Minnesota beers. Or a mix pack of his favorite style. Be careful here though because unless you know his favorites this could end up being a disappointment. I know, I’ve been there. Many stores carry gift cards for just this reason. 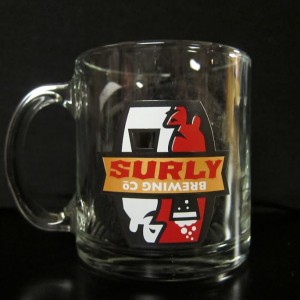 I love glassware. I like having beer glasses that fit the style. Imperial pint glasses for English style beers, stemmed chalice for Belgians and a beautiful tall curvy wheat-beer glass for hefeweizens. Dad have a favorite brewery? A branded glass may be in order. Most places have gift shops and many have online gift shops. Stay away from shaker pints and I would also avoid those “perfect beer glasses” that are out there. I once received a free four pack of those Sam Adams perfect pints. I sold ‘em at a garage sale because they were clumsy and downright ugly. They are kinda like electric cars – a great idea – but damn if they ain’t ugly.

Looking to just spend some quality time imbibing with your pops? Sounds like a win-win as it’s a gift that you both can enjoy! With all the tap rooms popping up around town it’s easy to kill a day if not an entire weekend visiting them. Try a NorthEast Minneapolis tour. Or a St. Paul tour. A short road trip will take you to both August Schell and Mankato Brewery – both worth a visit. And in case you haven’t heard, Duluth has one hell of an impressive beer scene. Head up there for a weekend and you can really find some fantastic brews. Be sure to call ahead or check websites for hours or to make a reservation.

Well, those are just some of my suggestions. I hope you found them helpful. I just want to wish all the dads out there a fantastic Father’s Day. Cheers!