It seems clear now that although brewing is still a field dominated by men, women are making their way into that field quickly, in every area available. It goes without saying, then, that women also drink beer and enjoy brewing. So why are some still confused about how to approach female beer drinkers?

I recently read thoughtful blog post from a female beer drinker, who, like me, sometimes feels like an outsider despite being familiar with beer. The blogger, who lives in Minneapolis, writes about her frustration on brewery tours hearing a [male] brewer quip something like “And here’s one even the ladies can drink!” I have been on those tours and heard those words, and the emphasis is always the same—you poor women who probably don’t even want to be here! I don’t have wine for you, but here’s a light beer with berries in it! Try not to grimace while you drink it!

I understand that this sentiment comes from brewers who are trying to make their product appealing to everyone—for that I do not fault them. The fault comes when they point out, without any real reason, that women are the ones who need the light berry beer. First, doing so says that women generally have poor taste in beer and do not like variety. Second, it is implicitly offensive to those who do like those kinds of beers, because they must have poor taste like us ladies. This attitude alienates the very people that breweries should be trying to appeal to the most.

This is not a men versus women problem, either. This article and video from a website called Womens Forum demonstrates the exact problem, but from a website that seems to be marketed toward empowering women. The first sentences are more offensive than anything I have ever heard a man say on the topic:

“Let’s face it, sometimes, beer can be so confusing! Other times, ordering the perfect beer can be a piece of cake, especially since some of the best beer experts out there are women!”

…Excuse me? In the very next paragraph, the article introduces a beer expert, Ken Hendricks (yes, a male beer expert! In the very next paragraph!) to talk about why raspberry lambics (with actual raspberries!), Belgian ales (sweeter than most beer!), and ciders (tastes like fruit, ignore that ciders aren’t really beer!) are the perfect beers for women. To Hendricks’ credit, he throws in a statement about how he knows many women who enjoy all kinds of varieties of beer, but he is quickly cut off by the woman interviewing him, who wants to know what the “pretty red one” is. 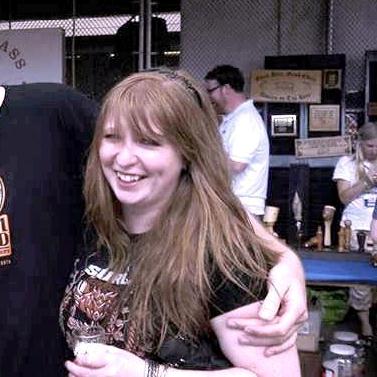 All beers are “lady beers!”

The worst part of this train-wreck of a video is that the interviewer is a woman, the writer is a woman, and it appears on a website geared toward women. The goal of the video, if you ignore nearly everything about it, is to recommend beers for people who don’t enjoy bitter beer, or who typically don’t drink beer at all. But by recommending these beers for women as a whole, it alienates a (growing) population of women who know what they want in a beer. It also ignores the (growing) population of women who are open-minded to exploring new flavors or styles of beer. And finally, it ignores the population of men who prefer Belgians, lambics, and ciders, because that is their palate. It is a disservice to everyone.

How do we solve this problem? Another blog called Guys Drinking Beer took this issue on as well, after being offended by the video for the same things that offended me. I absolutely love what they had to say about it, but I don’t think they took it far enough. (I highly recommend pausing here to click over to their blog to read their post—they basically say they know (and are married to) women who love all kinds of beer.) Telling women they can drink whatever they want, though, doesn’t solve the problem. The problem isn’t that women are afraid to drink what they want, it is that they are put into a category from the moment they step into a liquor store, taproom, or brewery.

I have great news, though, there is a simple solution: start changing the way you recommend beer. Stop categorizing beer as Beer versus Lady Beer. I know that readers of this blog can think of a friend who falls outside of the spectrum of the old, tired categories that have been imposed for the sake of simplicity. When recommending a beer for women, do the same thing you would do when recommending a beer for a man. What styles do you gravitate toward? What flavors do you like? The same questions apply to women as to men. 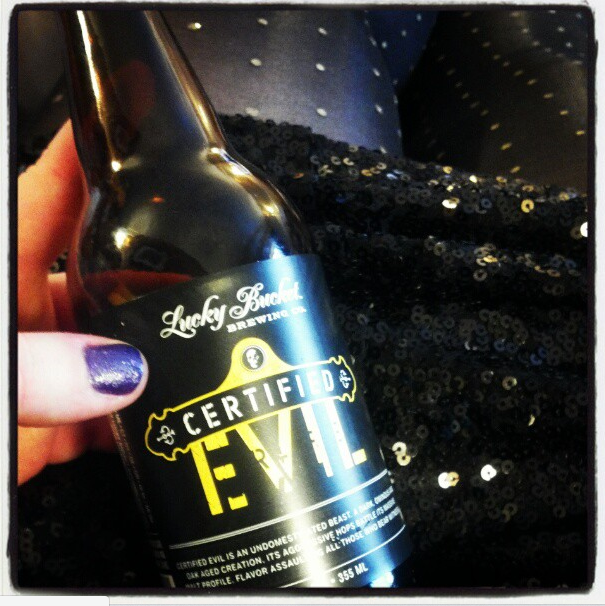 Think of it this way: If a guy walks into a taproom who has never had a beer before in his life, what would you recommend to him? A shandy? An IPA? Or would you just give him a flight and let him figure it out? Personally, I hate sugary drinks of any kind, and if I had been told upon walking into a brewery that my best bet would be a raspberry lambic, I would be less likely to ever touch beer again. Why would any brewery want to turn customers off this way?

Better categories would be Beer Enthusiast and Non-Enthusiast. That way, no one is alienated from brewing because they never would have chosen a sweet sugary beer in the first place, despite having a fresh manicure, a Coach bag, and a Tiffany bracelet. (Or, the opposite, having an IPA recommended just because he’s a guy with his freshest Axe scent on, when really, he’s longing for that Bud Light Lime back home in the fridge.)

I am imploring breweries, liquor stores, bars, and taprooms to consider this when planning for tours and tastings. Like I said above, this is not a man problem or a woman problem; this is a beer culture problem. With a little sensitivity to the words used when recommending beer, we can stop dividing Beer and Lady Beer and hopefully just enjoy beer.

Want to see an example of someone who has thoughtfully planned a way to connect with female customers better? Stay tuned for an upcoming post on Urban Growler Brewing Company, a female-owned and operated brewing venture that has an open house coming up at its location in St. Paul.

4 thoughts on “Beer versus Lady Beer”