Have you heard of August Schell Brewing? They are the new kids on the block. August Schell started making beer at home in his garage and all his friends loved the beer they tried…  I’m kidding. Anyone that is a beer fan in Minnesota should be familiar with Schell’s and their long history of brewing tradition. Owned and operated by the Marti family, they are six generations deep into the brewing boom. They were crafting beer before term “craft beer” was a thing. The second-oldest family owned brewery in America, August Schell Brewing, is celebrating their heritage the best way they know how, releasing a new beer. 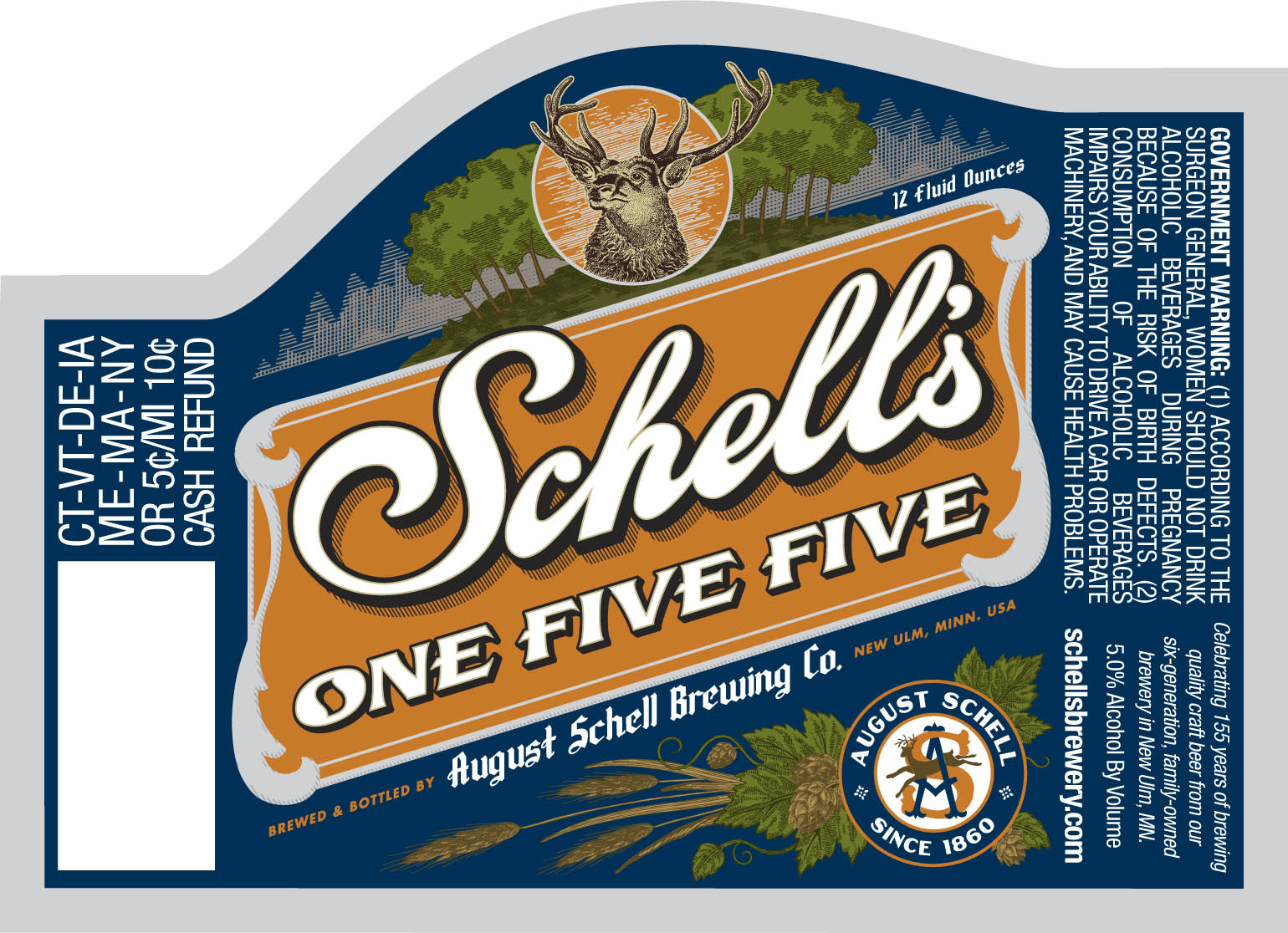 One Five Five is Red Lager with full caramel flavor, medium body, and a very crisp hoppy finish. If you like a full malt profile, and fancy yourself a fan of hops, this beer is for you. According to Schell’s Brewer Dave Berg, the beer is dry hopped with equal amounts of American Cascade and German Mandarina Bavaria hops, giving it a pleasant little kick of hop-btterness at the end.