Are you a Bud drinker or a Miller drinker? Soon there may be no difference. Rumors have swirled for years about a merger of the two macro brewers. It looks like the merger rumors may soon become a reality. AB InBev (Budweiser) has announced their intention to purchase SABMiller (Miller/Coors).

No proposal has been made yet, but some estimates put a combined value of the two firms near $230B based on Tuesday’s share price. SABMiller stock prices jumped 23% on news of the offer. 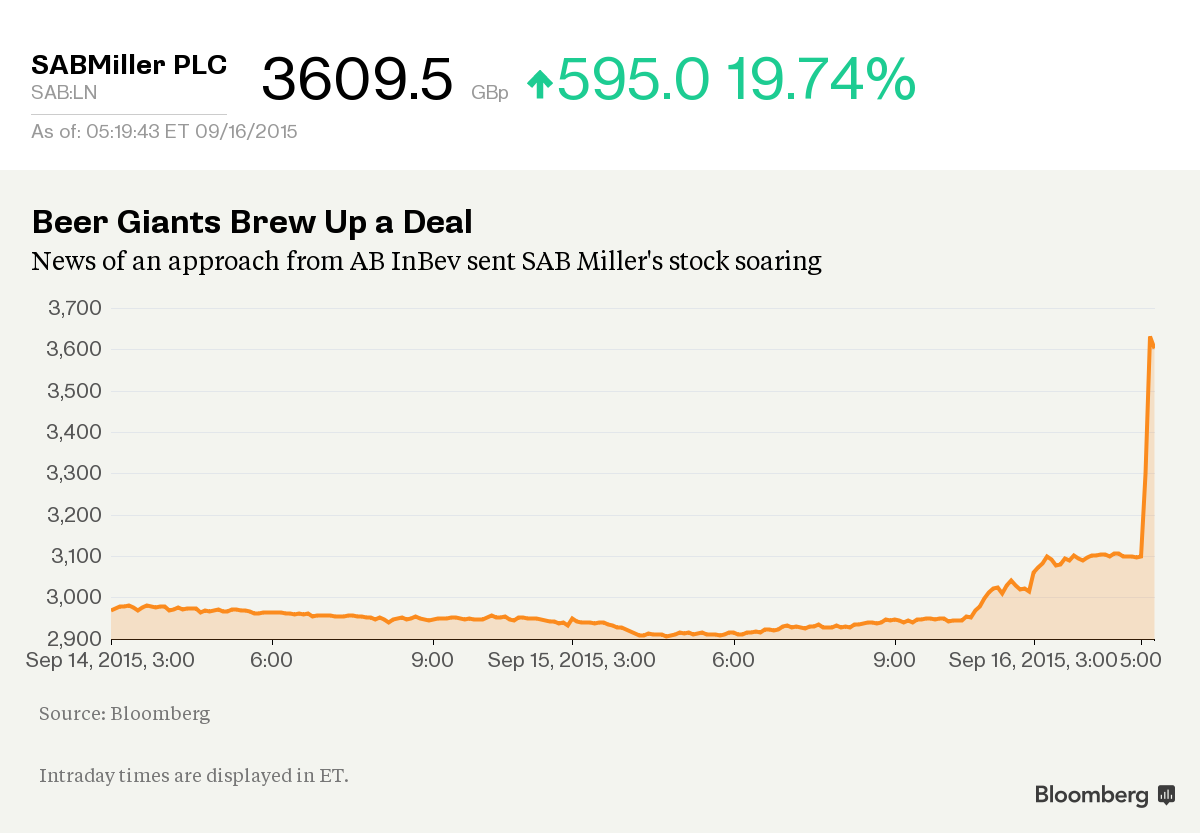 If the buyout happens it will likely mean the changes for the companies, at least in the U.S. When AB IbBev purchased Grupo Modelo (Corona) the beer giant was sued by U.S. Justice Department amid concerns of anti-competitive pricing manipulation.

If the merger actually takes place, and who knows if it will, the change won’t likely be a good deal for consumers, wholesalers, or craft brewers. Removing a huge competitive force in the beer industry will lead to a consolidation of power and resources. Look for objections to the merger from every corner of the beer world.