Today is the greatest in beer drinking holidays. It’s the start of Oktoberfest in Munich and marks the beginning of the world’s biggest beer event. The season also brings out my favorite style of beer. Everyone knows about Oktoberfest and the great beers that it comes with, but where does it all come from? The answer may surprise you! 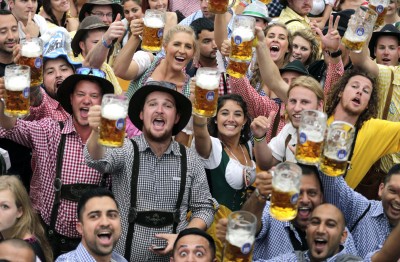 The history of this beer and festival lies in the coincidence of the timing of the marriage of a Bavarian prince and the brewing calendar. In the mid 16th century, shortly after the implementation of Reinheitsgebot (German Purity Law), Bavaria implemented another impactful law, which stated that beer may only be brewed between September and April. This law prohibited brewers from making beer in the summer months. This meant that most brewers would stock up on a Vienna-Lager-based recipe that would hold for up to 6 months so that they had enough beer for the season. Most brewers at the time would then have a stock pile of the beer called Marzenbier or Marzen for “March Beer,” at the end of September and early October that they wanted to sell off quickly in order to fill it with new beer. 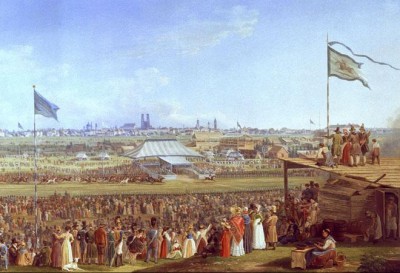 On October 12, 1810, Prince Ludwig, the crown prince of Bavaria married Princess Therese of Saxe- Hildburghausen and wanted to share the celebration with the people of Bavaria. He called for a horse race to take place in the fields of a fairground, which are now called Theresienweise or Wiesn for short.

(note: Weisn is not to be confused with Weizen, the German word for wheat or wheat beers)

The timing of the wedding was a fantastic coincidence where the brewers saw an opportunity to bring their stockpiles of their Marzen beer to offload onto the people of Munich. The horse races became a tradition and so did the imbibing of the Marzen beer, which has evolved into the Munich Oktoberfest held on the same festival grounds today. 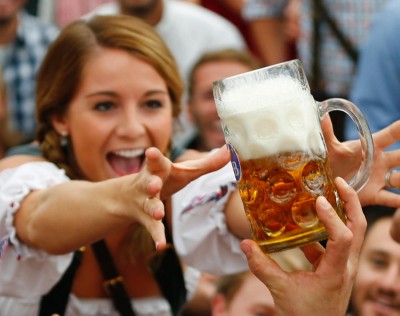 There are only 6 breweries in Germany that are allowed to use the word Oktoberfest for their beers by law.

Other German brewers use the terms Marzen or Festbier to denote that they are brewing the Oktoberfest-style beers. In the U.S. we do not have a law that dictates the use of the word, so most breweries use “Oktoberfest” as a name and style.

Most Americans will recognize Oktoberfest beers as a rich Amber colored beer with rich malty and caramel notes with Sam Adams Oktoberfest as our iconic benchmark. You’ll be surprised to find out that most beer served in Munich for the festival is much lighter in body and color with flavors we would more closely identify with a Helles or Pils.

Ironically, the rich caramel notes of the Oktoberfest from the American brewers is closer to the original recipe than modern German representations. Over time, the German beers have become lighter in body, perhaps as a means to allow more easy consumption in hot weather.

If you’re wondering which ones to buy, last year, I did a survey

with some other beer aficionados and ranked 30 Oktoberfest beers along with detailed descriptions. Take a look at http://mnbeeractivists.com/newsfeed/oktoberfest

Here’s to happy drinking for the next 16 days! Cheers!