On Wednesday 612 Brewery will open its new tap room in NE Minneapolis.  Over six years in the making, this brewery took the time to build a reflection of the town it’s grown in; a brewery that is not only inspired by but a destination for all things Minneapolis.  This is most evident in the Adam Turman wall mural that is impossible to miss.  Depicted is a welcoming NE lass offering you a pint of 612 brew.  She’s walking to her bike that has a growler on the back.  In the distance we see the Stone Arch bridge and the Minneapolis skyline.  This is complimented with bowling lane tables, comfy chairs and a view on to the brewery floor.

612 is not just a zip code for the brewery, it is home.  Six, their flagship beer, is not only the number of the bus that the beer was brewed by but the amount of malts in it.  There would be no beer without water and 612 proudly uses Minneapolis water for all its beer.  They want to spread the beer love all over Minneapolis and surrounding areas.  You can already find 612 on tap at Pig and Fiddle, Barrio, the Edina Grille, and the Big Ten in Stadium Village.  In about 8 months cans should be hitting the shelves.

Outside looks like a town rebuilding from a great war.  Snow covers huge stone blocks.  There is a wood framed, plastic covered structure that houses something mysterious and important.  All was revealed by Adit Kalra, president of 612, explaining the blocks are a piece of Minneapolis history coming from the Metropolitan building.  The plan is to turn those into seating for an amphitheater (maybe Atmosphere should play there?) that will more that will more than double the inside capacity of 100 seats and be surrounded by idyllic landscaping.  The amphitheater will be finished in time for summer.  Take the time to check the renderings at the website or just as you enter the tap room. 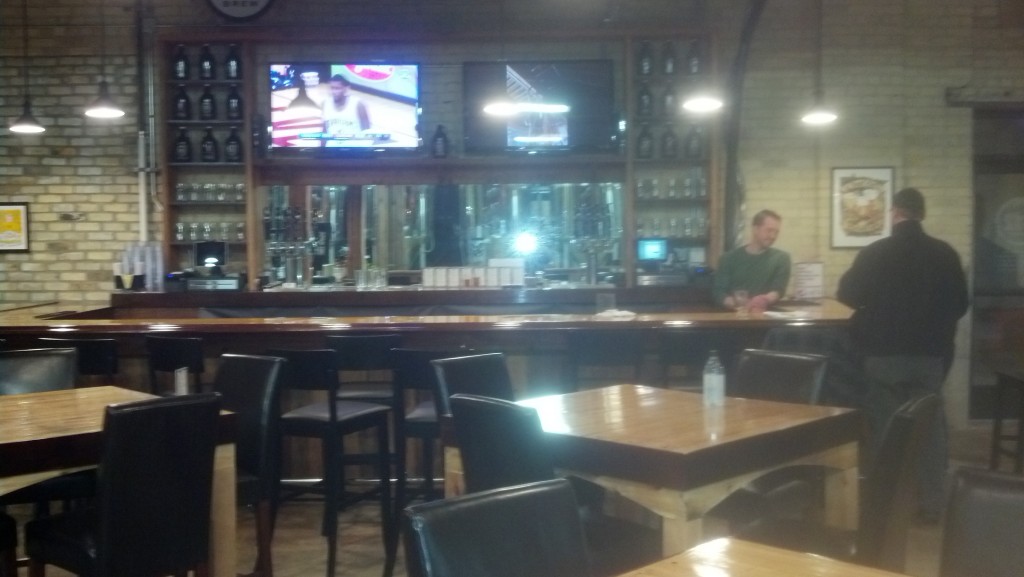 The taproom is huge and welcoming and that just how 612 wants it. “Good service.” says Adit, “We don’t want people to wait.”  There’s a bar with experienced bar tenders, table service and a station just for growlers and merch sales.  What do you do now that you have your on the spot beer?  Jam out to the tunes.  The 612 crew picked up a professional sounds system and promises to kick only the best jams (I heard a Snoop Dogg [Lion…] track I hadn’t heard in 15 years when I was there, I can’t wait to hear what they kick out).  They will take requests.  I think Prince could only add to the Minneapolisness of the place. 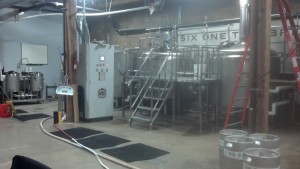 Simply complex is how brain trust, and co-founder, Robert Kasak describes his approach to beer.  Stating that he brews the beer he likes for everyone.  612 does this by offering a pale ale (Six), a Rye IPA (Rated R), and a black ale (Zero Hour) that will stand as there year round offerings.  One very unique thing is Zero Hour, their tap room only brew.  You can buy it in the tap room in pints and growlers but that’s the only place it will ever be.  A little treat for fans that come straight to the source.  With no beers over 6.6% ABV it’s ok to have another one.  Head brewer Adam Schill has even added a beer to the mix.  Bitter Cold, a single hop/malt IPA that will kick off a series of beers for every season.

I personally can’t wait to see the renderings come to life.  If it’s anything like the tap room no one will be able to say we don’t have a destination brewery, there is even a restaurant in the works.  It will be a place to bike to, meet people, eat from food trucks, and enjoy great music surrounded by lovely greenery.  I can’t think of a better way to spend a day in Minneapolis.