Minnesota Senate made history today with a 38-28 vote. The vote would allow, but not require, the sale of liquor, wine, beer and in off-sale establishments in Minnesota. Full language for the bill can be can be found here.

The vote came quickly after the bill passed 7-4 out of Senate Commerce Committee just last week. The Senate debate was not quick. You can watch the entire debate here. The bill passed in a truly bipartisan split. 19 Republicans and 19 Democrats passed Sunday liquor sales out of the Senate 38-28. You can see their votes below. 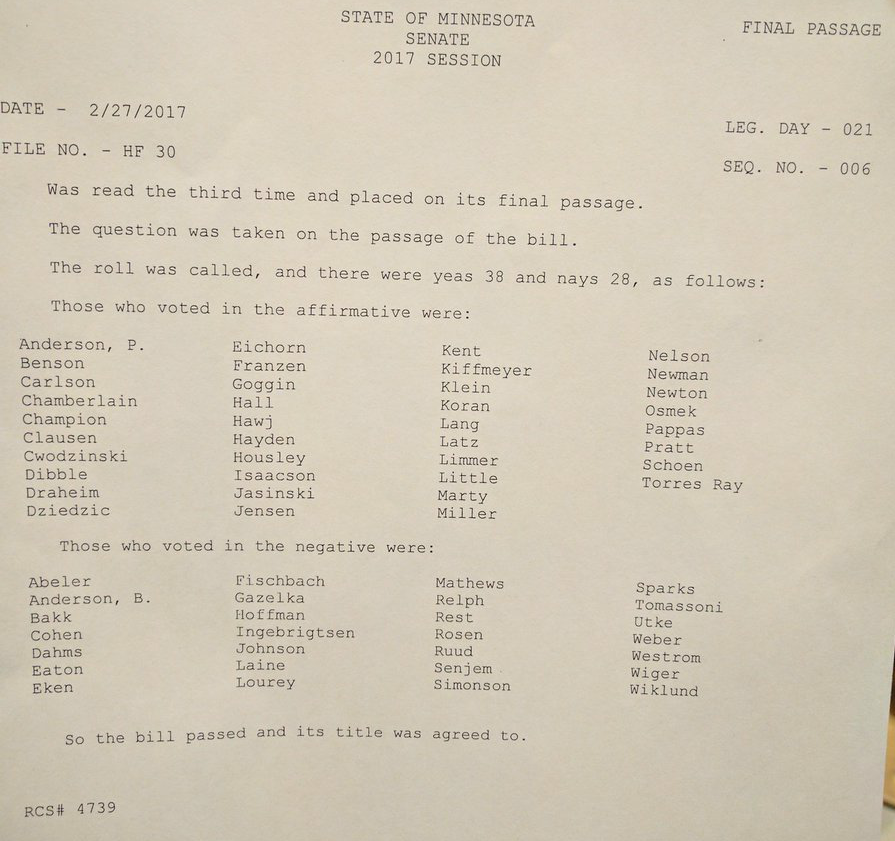 There are some minor differences between the House and Senate bills to legalize Sunday liquor sales. Both versions limit the hours of operation to an 8-hour shift. The Senate version begins 11 am, the House version begins at 10 am. The Senate version also precludes merchandising, sales, and delivery. The differences in the bills can either be settled in a conference committee, or one of the legislative bodies may adopt the language of the other. The contentious debate in the Senate might mean that the House adopting Senate language would be the easiest path to Governor Dayton’s desk. Governor Dayton has stated that he would not veto Sunday liquor sales.

Rep. Loon says she’d prefer to accept Senate bill & get this over with. If that’s the route, could happen & head to Gov this week #mnleg

When can Minnesota Consumers buy Spirits, Wine, and Beer on a Sunday?

The differences in the bills need to be worked out, and Governor Dayton needs to allow the bill to become law. Once that happens, Sunday liquor sales would go into effect on July 1st, 2017. Freedom and liberty will taste a little sweeter this Independence Day.

Subscribe to the MN Beer Activists newsletter & stay tuned for details on a proper celebration.