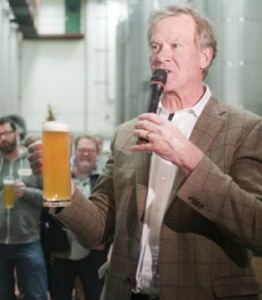 The Grand Opening and ribbon cutting celebration will kick off an evening of revelry at the latest brewery to open in the Green Line Brewery District. The festivities will start Wednesday, August 27, at 5 p.m with Mayor Chris Coleman and Councilmember Russ Stark cutting the ceremonial ribbon to the brewery.

The Urban Growler brewery and taproom has been in soft-open mode for a few weeks, but they are ready to start hitting it hard. A full lineup of Urban Growler beer will be available. The first taproom kitchen in the metro will be taking orders, and music will be playing.

Live bluegrass/folk/acoustic music will be provided by Nick Jordan & Mary Dushane with guest Ross Johnson and The Split-Shot Sinkers.