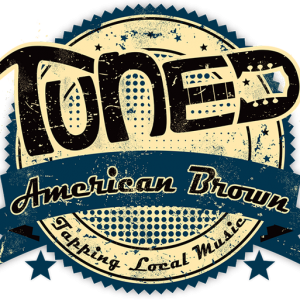 We all know that music and beer go hand in hand. From traditional German biergartens with oompah bands, to punk rock shows with PBR, there is just something natural about music and beer. Maybe it is the social lubricant aspect of beer that makes it perfect for concerts and the like. Perhaps music and beer are just both key parts immersing yourself in an enjoyable experience. Whatever the answer is, Tuned Beer is combining music and beer in a way never seen before. 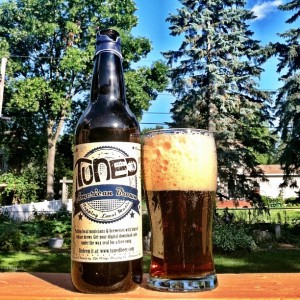 The Tuned Beer brand is the brainchild of mobile canning guru Nate Smith. Smith operates Lagersmith, a mobile bottling business that brings bottling hardware to breweries that don’t want to invest time and space into a bottling line of their own. The Tuned brand is nomadic. So, like Smith himself, the beer will move from brewery to brewery. This is exactly the way is supposed to be. The brand will travel to a new brewery each season, creating a new recipe each time it moves.

So, what is this about music? Each new limited release brew is “paired” with a local band or musician. After you purchase of a bottle of Tuned Beer you scrape the wax off your bottle to reveal code that entitles you to a free song download of the featured artist.

The first Tuned Beer is an American Brown Ale from Stillwater’s Lift Bridge Brewery. To compliment the beer (or does the beer compliment the music?) it is paired with Reckless Ones, a Minneapolis based Rockabilly band. The beer / music combo is a nice fit. Reckless Ones are good, playing songs that sound a little like a Reverend Horton Heat and Green Day decided to get together and merge their sounds. The beer is exactly what you would expect from an American Brown, a hop forward ale with rich toasted malt flavor and hint of nuttiness.

The inaugural release is on store shelves now. To celebrate the launch Lift Bridge is hosting a special Reckless Ones concert at the brewery Friday and pouring the rockabilly inspired beer.

One thought on “Tuned Beer”