There’s no place like home — or, well, some place fairly close to it.

For Steve Pittman and Jenaveve Bell Pittman, who grew up in the La Crosse, Wis. area, their new city of Northfield and brewery will be home from here on out.

The two, who didn’t know each other growing up, met in California after both attended college in the Twin Cities. Steve, who most previously served as a brewer at Lagunitas Brewing Company, and Jenaveve, with decades of experience in the food industry, wanted to return to their Midwest roots.

They landed in Northfield, and plan to open Tanzenwald Brewing Company by late winter.

They recently took some time to chat with Minnesota Beer Activists. 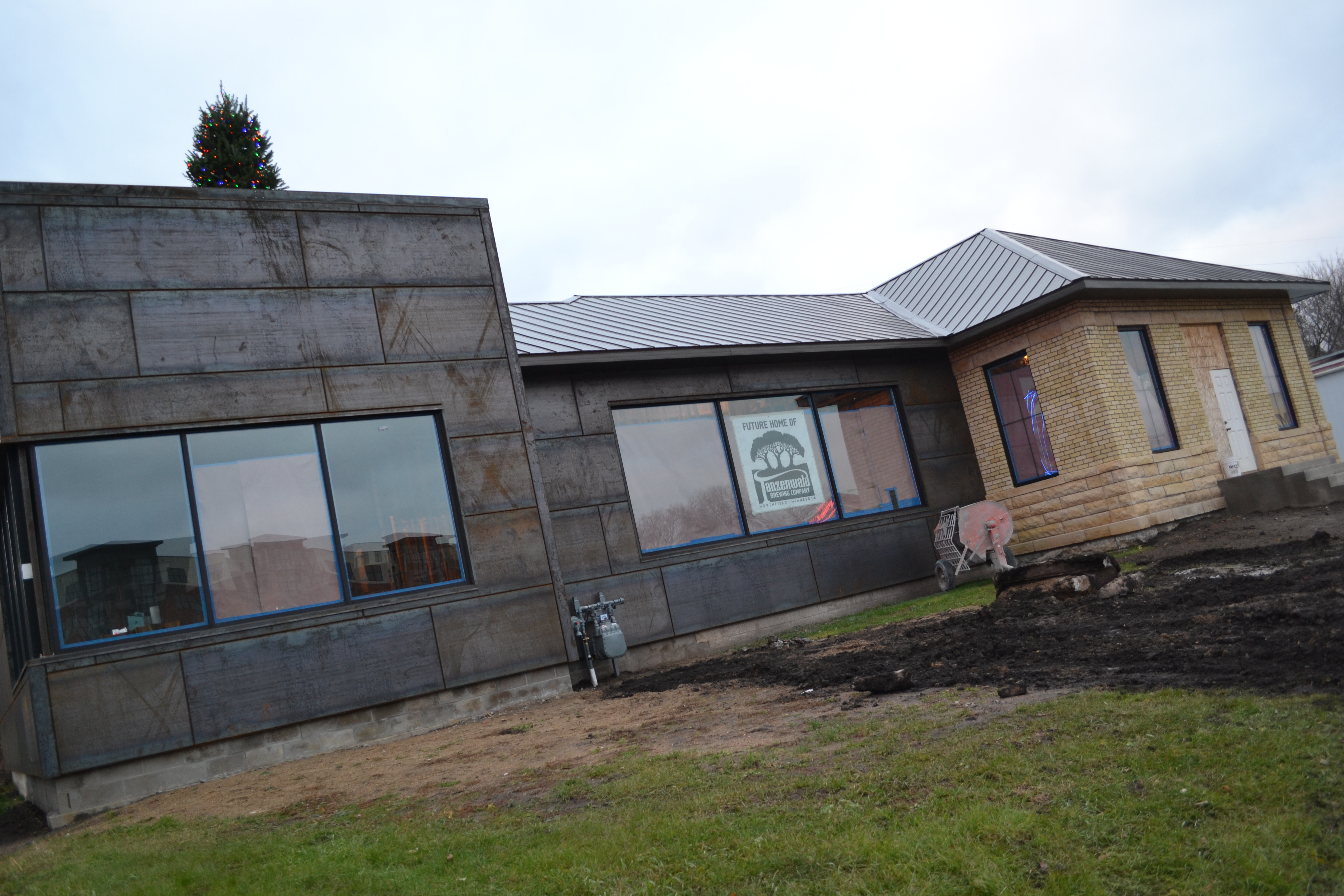 What brought you to Northfield?

We knew we wanted to come back to the Midwest. We missed our families and the winter is in our bones. Nothing against California, but we’re just pureblooded Midwesterners. We’re also country folk. We knew we wanted to live close to a metropolitan area for distribution, but not in a city. We also didn’t want to live in any old suburb either.

We were searching for the perfect small town on the outskirts of the Twin Cities, Madison, Chicago and even Detroit. The Twin Cities being our first choice, as that is where we both went to college and its closest to our families. Jenaveve had been to Northfield regularly over the last 10 years visiting her best friend and always loved the town, but it wasn’t until her friend told her about a great old building that was available a few blocks from downtown that we considered Northfield. It was really a no-brainer. It was perfect. Perfect size, wonderful people, great culture and the building! We really scored with this spot. This building was sitting vacant for decades, and for good reason; it really was atrocious inside. When we visited last year it was dirty, filled with junk and falling apart, but we saw a diamond in the rough. It took a lot of work, but it’s really an incredible spot. And you just can’t find a community like Northfield anywhere; believe us, we’ve tried. This place is something special.

What does Minnesota’s current brewing scene and continual growth tell you about the Minnesota beer consumer and market?

The current brewing scene here is exciting, as it is in California and everywhere else, really. People are digging craft beer, and it’s amazing to see and be a part of, because it’s a multi-generational thing. You see young hip 20-somethings bringing their parents and grandparents into a taproom and hanging out together.  The difference between Minnesota and California is that the market here is not quite as developed as the west coast. There are a lot of seasoned vets in California and they have carved out huge chunks of the market out there. To start a new brewery there means you really need to try hard to stand out. Luckily, they have a great craft customer base and a quite a few large metros. Minnesota feels like its heading that way right now, but with lots of space for the small brewer to be successful without having to be gimmicky.

What can people expect from Tanzenwald?

Well, they can expect a heck of a good time, that’s for damn sure! We’re the kind of people that like to have fun, and creating a company culture that is celebratory in nature is important to us. That’s the whole point of beer and food.

As far as beer styles go: We tend to think of beer non-stylistically. The whole history of traditional beer styles is based on what was the best tasting beer created with the ingredients in hand. That is essentially our goal. We want to explore taste profiles, and the main ones that interest us right now are hoppy beer, lagers and sours. Lagunitas turned us into hop-heads and created an appreciation for the range of flavors hops can input on beer beyond the bitterness of IPAs. As Midwesterners growing up in the backyard of the G. Heileman’s Brewery, lagers were the beer that we grew up on and still have much appreciation for, plus they are due for a craft-influenced renaissance. Sour beers are becoming hot right now, and there is a reason for that. The flavors of a sour can be complex and multidimensional, and we feel they can be a great way of showcasing the amazing range of flavor that beer is capable of.

We hope that people can come in and get something from us that is interesting and well done. The taps will be rotating constantly, but if something is popular, and that is a huge compliment, we plan to start honing things in. Not saying flagships be damned, but our customers will have a say in our identity, which we think is cool.

The food will be globally influenced and locally sourced. That is our kitchen’s motto. Our signature dishes will be what we call tatkes (a cross between a tater tot and a latke), our house-made sausages, and spaetzle; but besides these quintessential German items, we also have empanadas, fish tacos, lamb kabobs and a Vietnamese Bahn Mi sandwich. Just like our beer styles, we don’t want to limit ourselves to any certain genre.

We are looking forward to distributing our beer in kegs to bars and restaurants. Someday, we will start packaging, but we don’t even want to think about that right now. We just want to get our doors open.

Imminent Brewing is being built less than a mile away. Chapel Brewery (formerly Meetinghall Brewery) is the next town over in Dundas. There’s also Loon Liquors and its cocktail room in Northfield. Do you view other breweries in the immediate area as a positive for bringing more people to town who may not be willing to drive the — gasp — 30-45 minutes from the metro area for one brewery?

We just moved from a city of 50,000 people that had six breweries, one of them being Lagunitas, the nation’s third-largest craft brewery, and none of them were struggling. They definitely fed off one another. There’s strength in numbers. The fact that Northfield is about to become a craft beer hub is incredibly exciting for us. So, yes, having Imminent and Chapel open will definitely be in our best interest because that makes Northfield so much more of a draw for craft beer tourism.

What’s the plan for Tanzenwald in five years?

We hope to have a dedicated following at the taproom and be opening our second location on Mars. 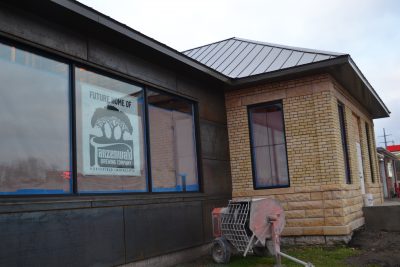 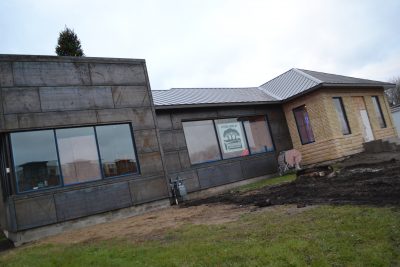 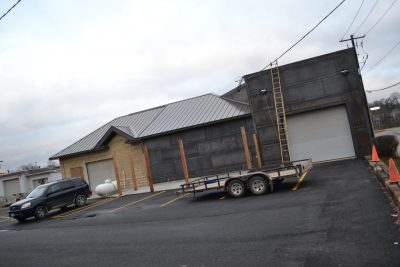 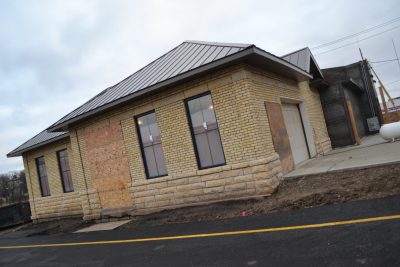 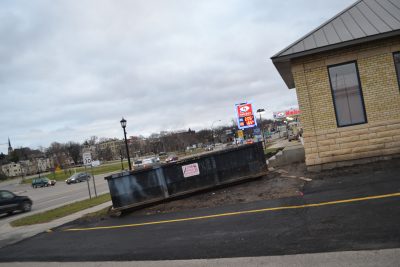 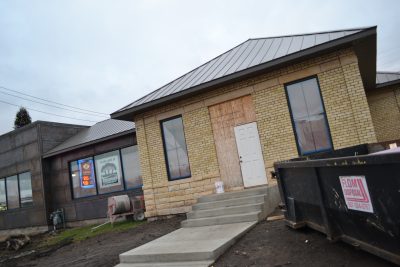 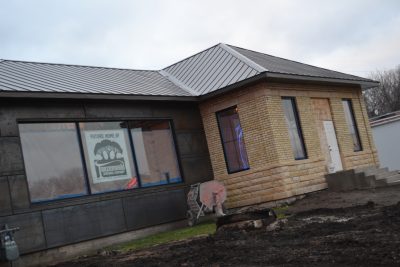 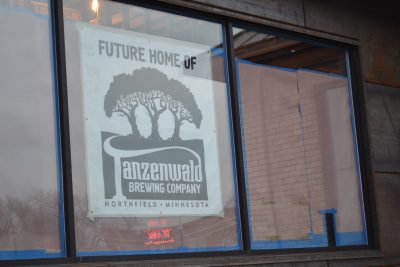 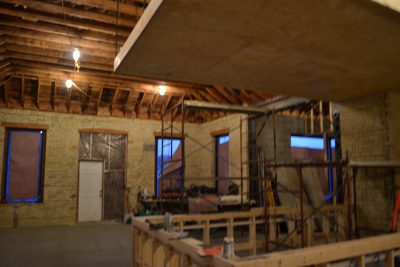 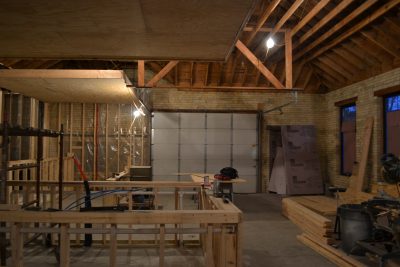 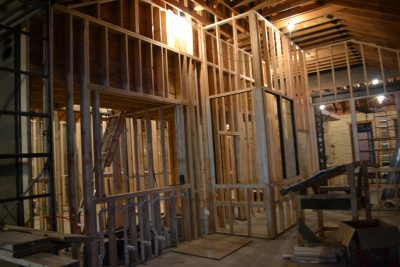