Sunday Sales and the Constitution

Although the law is written without mention of religion today, Sunday closing laws in the United States have a religious background. Most courts and legislatures currently maintain that the purpose of Sunday closing laws is not to encourage worship, but to provide a community day of rest and tranquility, free of the comings and goings associated with bars and liquor stores being open.

But given that Sundays are hardly reserved explicitly for rest and tranquility, is there a constitutional case to be made against the religious background of Sunday closing laws?

As with everything in the law, it depends. 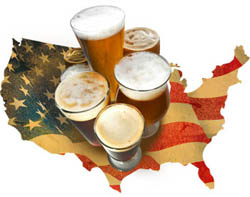 Establishment Clause challenges are analyzed under a test found in a case called Lemon v. Kurtzman. The three prongs of the test require the court to decide whether there is a secular purpose for the statute, whether the statute’s primary effect is to advance religion, and whether the statute requires excessive and impermissible entanglement between the government and religion.

One case that successfully challenged a statewide liquor sales ban was Griswold Inn v. Connecticut. In that case, the state had prohibited all alcohol sales on Good Friday. The Connecticut Supreme Court ruled that the ban violated all three prongs of the Lemon test.[1]

The state’s asserted secular purpose of prohibiting liquor sales on a day reserved for statewide celebration was dismissed by the court, since no prohibition existed for any other secular holiday.[2] Instead, the court said that “Given the traditional Christian significance of Good Friday and Christian exhortation to fast and abstain on that day in mourning for the death of Christ, the singling out of Good Friday reveals that there is no clear secular purpose which justifies the prohibition of liquor sales on this day.”[3]

As to the second prong of the Lemon test, regarding advancing or inhibiting religion, the court found that not only did the statewide ban advance religion in general, it also advanced Protestant and Catholic Christianity in particular over other forms of the religion.[4] As the majority said, “…the very existence of that …holiday gives the state’s clear stamp of approval both to the Christian rites…and to Christianity in general. It indicates a bias in favor of Protestant and Catholic forms of Christianity over Eastern Orthodox, non[-]Christian and nonreligious practices and beliefs.”[5]

The statewide ban failed the third prong because it required the state to monitor what calendar day Good Friday fell on, and required it to monitor whether its liquor license holders were complying with the ban.[6] Further, because the ban had pitted some Christians against others, and religious citizens against non-religious ones, the court found that the statute created political fragmentation and debate along religious lines.[7]

This holding on the third prong is important because it recognizes that requiring the state to monitor liquor store and restaurant closure as a burden on the state that impermissibly entangles it with a religion. This broad reading of the third prong of Lemon could serve to change the way courts analyze not only Good Friday closures, but Sunday closures as well. (Presumably, it takes the same, if not more, monitoring to make sure that the right restaurants, brewpubs, and liquor stores are not selling on Sundays as it would for Good Friday.)

Although Griswold Inn is a Connecticut Supreme Court case, it provides a persuasive authority with a framework for failing statewide bans on activities due to a religious day of rest. This is, however, an optimistic view of an Establishment Clause challenge to Sunday closings. The reality is that courts generally defer to the legislature’s intent in passing the statute, and all that is required is that the prohibition of Sunday sales be rationally related to the State’s goal of providing a day of tranquility for its citizens. Though Griswold Inn gives a map to future challenges, the likelihood of a success on these grounds in the near future is not good.