A piece of St. Paul history recently made history in a whole new way.

The Anthony Waldman House, the oldest surviving commercial structure in St. Paul, and one of the oldest in the state, was a German Saloon in the 1850’s and may soon become a saloon again.

Tom Schroeder and local architect, John Yust, are renovating this historic St. Paul  building to look (and function) as it did 150 years ago.
Photo by Craig Johnson

This pre-Civil War limestone building on Smith Avenue, between West Seventh Street and High Bridge, has been zoned as a private residence for decades but Tom Schroeder, who bought the building in 2008, has other plans.

Schroeder hopes to pay homage to the historic building’s roots by opening a 1800s-style saloon and brewery called the Stone Saloon, producing and serving around 550 barrels of German-style lager a year. 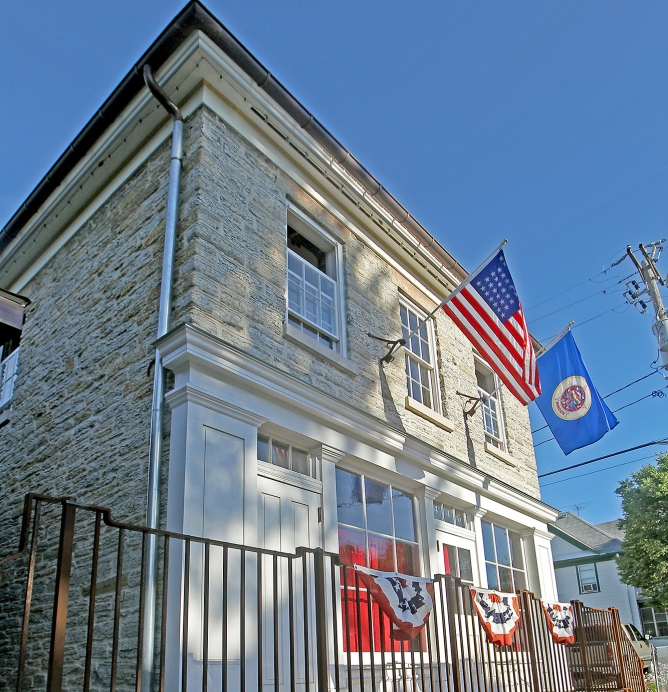 On September 16, 2015, Schroeder received St. Paul’s first-ever historic use variance. The historic use variance is a new ordinance created recently by the St. Paul city council to permit the commercial use of historic properties. The variance was created specifically with the Stone Saloon in mind. The vote of approval from the City Council was unanimous.

Schroeder envisions serving lager brewed in the German tradition using local ingredients. Some of the lager will be casked and stored in the building’s original limestone basement. He is quick to point out that he’s interested in honoring the history of the building and that this will not be a sports bar, but an historically accurate taproom.

There are still city planning reviews, liquor licensing and other small obstacles to contend with but they hope to be able to start taproom construction in the Spring.

No word on an opening date, yet.

Katy is a sciencey, outdoorsy adventurer who likes beer. Mostly, Minnesotan beer. Follow her on the tweets and the grams at @adventure_mn, and read more of her (non-beer-related) writing at adventureMN.com