How does a pioneer in the craft beer industry like Sierra Nevada Brewing celebrate a west coast to east coast expansion? Road Trip!

Chico, California’s Sierra Nevada Brewing Co. is opening a brand new in Asheville, North Carolina. To celebrate the occasion Sierra Nevada is throwing a traveling caravan festival from coast to coast and releasing a collaborative 12-pack. https://www.youtube.com/watch?v=nM7BrsN8qVo The release of Sierra Nevada’s Beer Camp Across America collaboration 12-pack is a feat that is absolutely unprecedented. It is logistically impressive that 12 of the top brewers in the nation came together for this celebration. Impressive becomes astounding when you look at the names of breweries on the collaborations beers. 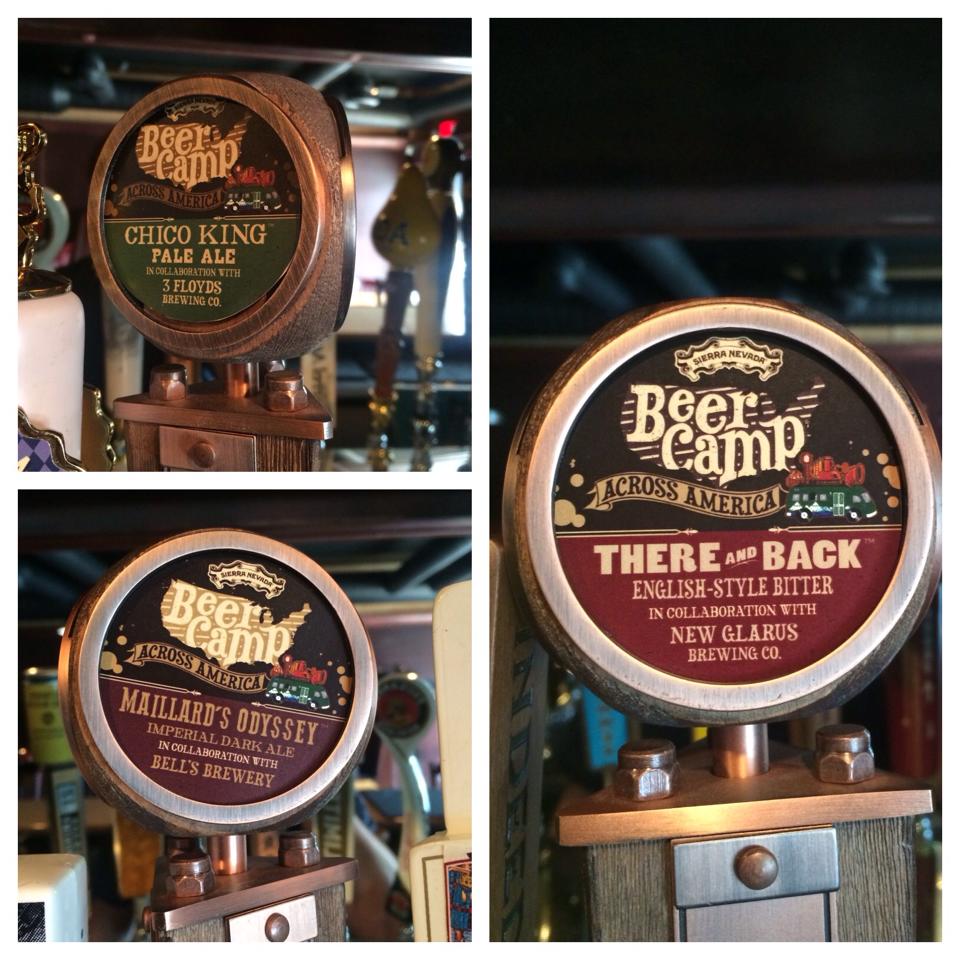 No other industry would do a collaboration like this. Can you see Ford Motor Company working with Chevy and Toyota to celebrate a milestone? Would Chevrolet and Toyota want to take part? I doubt it. Burger King and McDonalds? Nope. It is clear how much the craft beer elite respect Sierra Nevada Brewing.

Every single beer in the Beer Camp Across America collaboration 12-pack is unique. The brewers developed these recipes together specifically this occasion. They have never been seen before, and they will never be brewed again. The beer will be distributed across the nation using Sierra Nevada’s network of beer distributors. This is a big deal. Beer lovers across the country will get to taste beer from brewers at places like 3 Floyds, New Glarus, and Russian River. Some beer enthusiasts will trade beer from these renowned breweries, but most won’t. This is might be the only chance for many to try beer from many of these brewers, and they are all in one convenient package. These beers are all “one and done” as they say. So, get them while you can. 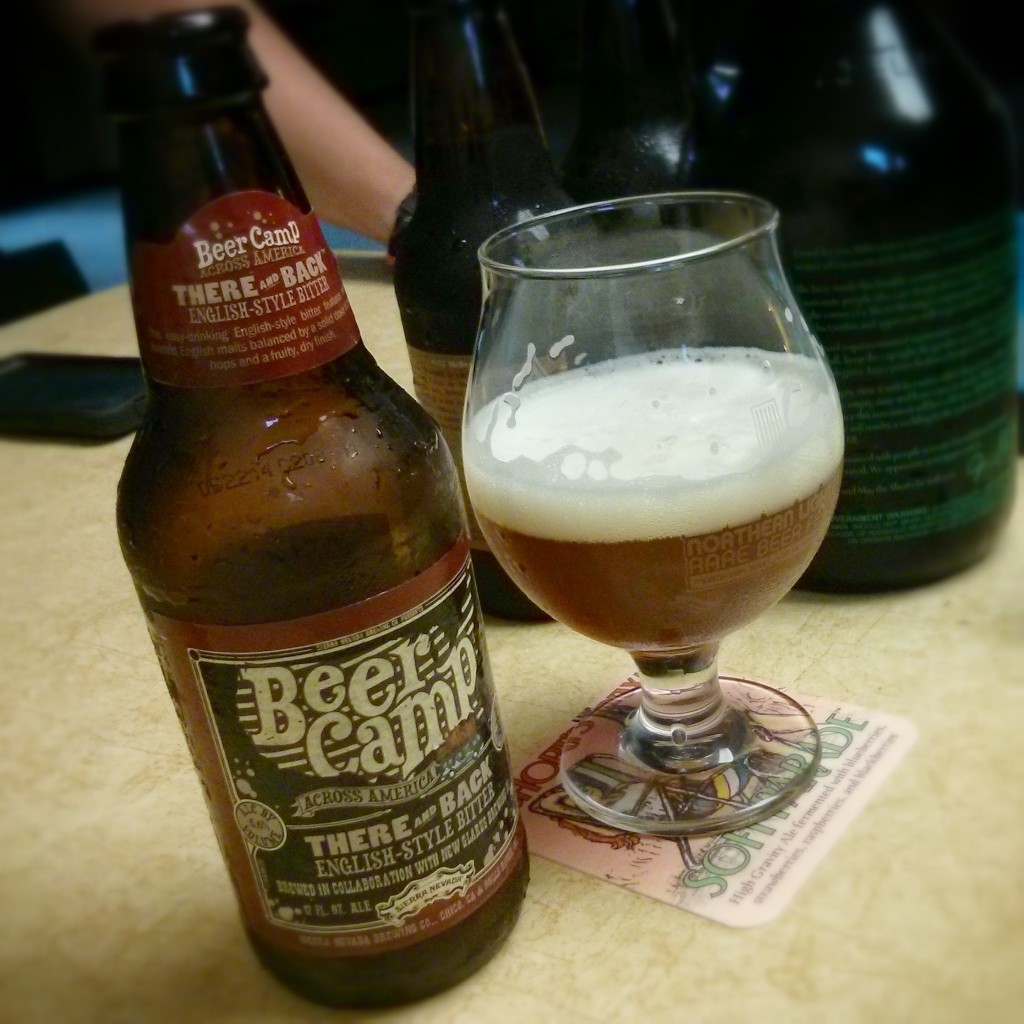 The off-sale 12-packs are scattered here and there around town, but your best chance at enjoyment is hitting up one of the various tapping events around the Twin Cities area. 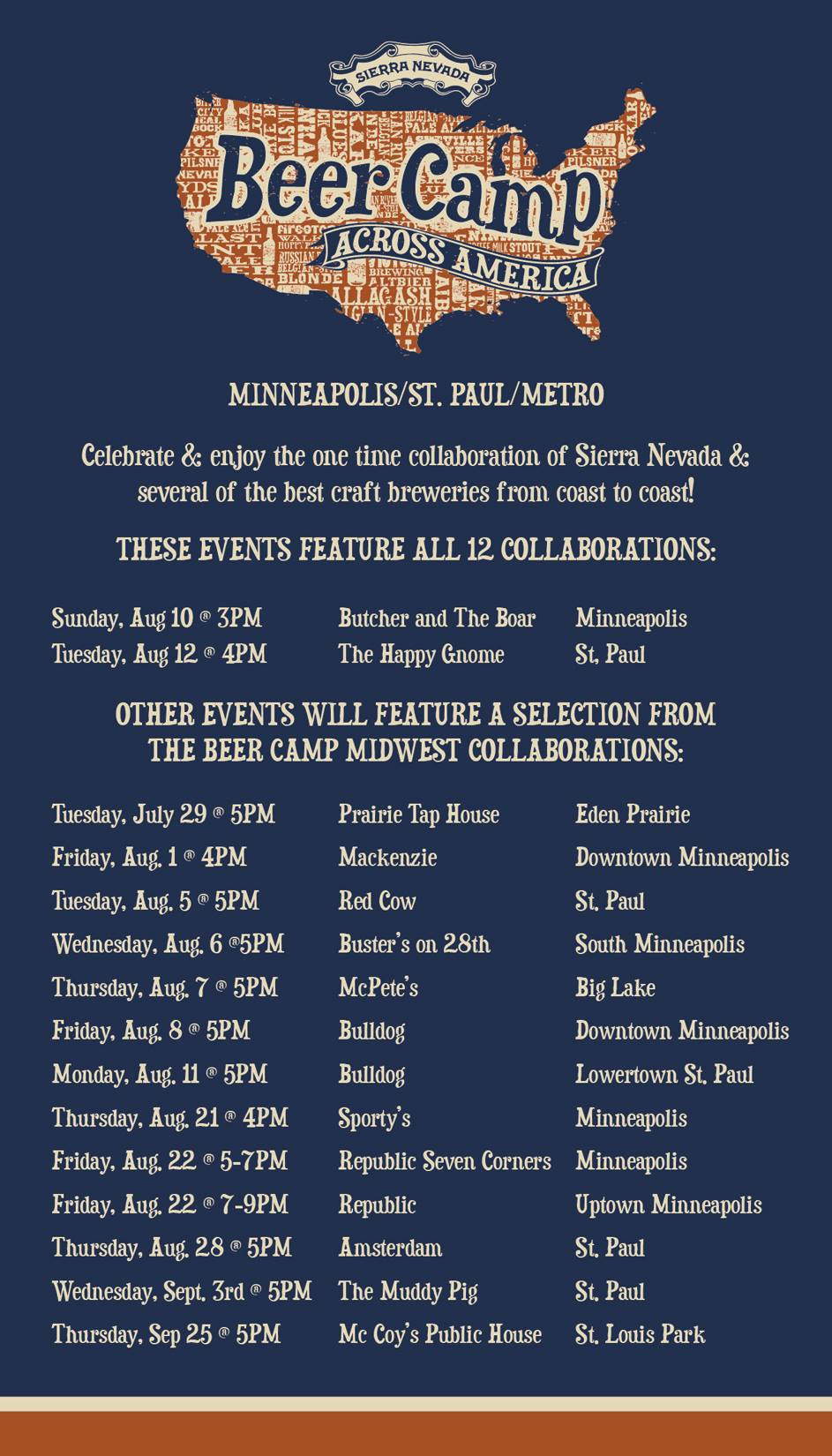