Award winning Pryes Brewing Company (pronounced “prize”) has just announced their new production facility and taproom in Minneapolis. After two years of producing beer out of a shared brewing space, this new brewing facility is a big step for this growing local brewer. Pryes Brewing joins the likes of esteemed Minnesota brewers Badger Hill brewing and Bad Weather Brewing as a company that began its journey with an alternating proprietorship at North Loop BrewCo (formerly Lucid Brewing) and then moved into their own facility. Look for the new brewery to open in mid-2017.

The new Pryes Brewing Co. production brewery and taproom is situated at 1401 West River Rd N, Minneapolis. It sits nearly astride the border of Minneapolis neighborhoods Near North and the insanely popular North Loop. The brewery sits between other renowned Minneapolis brewers Fulton Brewery, Dangerous Man Brewing, and Boom Island Brewing. It is pretty much in the middle the Devil’s Triangle of breweries. 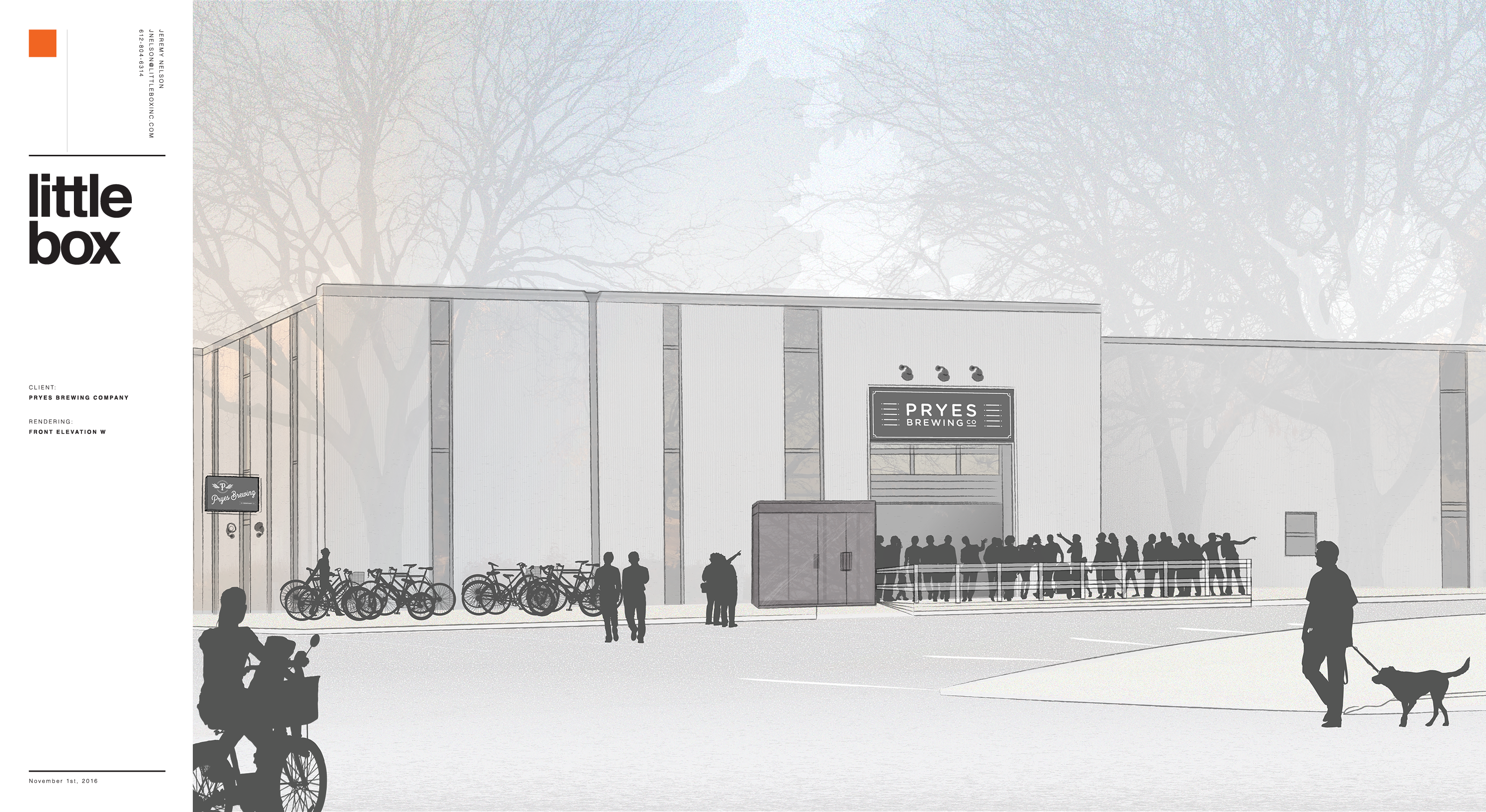 “After looking for the perfect brewery location for nearly two years, we are thrilled to open on the banks of the Mississippi River, with a symbol of Minnesota’s brewing history, the Grain Belt Brewery, just upstream.” — Jeremy Pryes, Founder & Head Brewer Pryes Brewing Company.

The team at Pryes Brewing looked for the perfect brewery location for nearly two years. When the opportunity to move into a space overlooking the Mississippi River they could not pass it up. The 13,000 SQ FT space has lots of parking and a beautiful view of the river. The taproom is accessible by bike via the West River Parkway bike trail and by kayak. The brewery wants to take advantage of the new kayak rental program in this area, adjacently located.

The new brewery will allow Pryes Brewing to expand their product line. Founder and Head Brewer Jeremy Pryes has built the company around his award-winning IPA. With more time and space to brew Pryes will have much more to offer to Minnesota beer fans both in the new taproom and through expanded retail partnerships. Pryes’ current annual production of 800 barrels will be expanded, and the production could go as high as 20,000 barrels in the new brewery.

We won “best in brew” again!!! People’s choice!!! Thanks to everyone that voted for us!!!

The new Pryes Brewery and Taproom will have some very unique attributes. Pryes will house a full kitchen within the space to host restaurant pop-ups. That means a temporary space for restaurants to feature dishes at a reasonable cost, offering more than the usual food truck scenario customers are used to experiencing, something the taproom patrons are sorely missing. The brewery will also be home to one of the few (only?) feather bowling alleys in Minnesota. Feather bowling is a cross between curling and bocce ball and can be played indoors year-round.