Have You Heard of Third Street Brewhouse?

Have you heard of Third Street Brewhouse? We hope so! I got the opportunity to sit down with Mike F. from Third Street to chat about their brewery, the story behind the name as well as their hopes and dreams for the future. 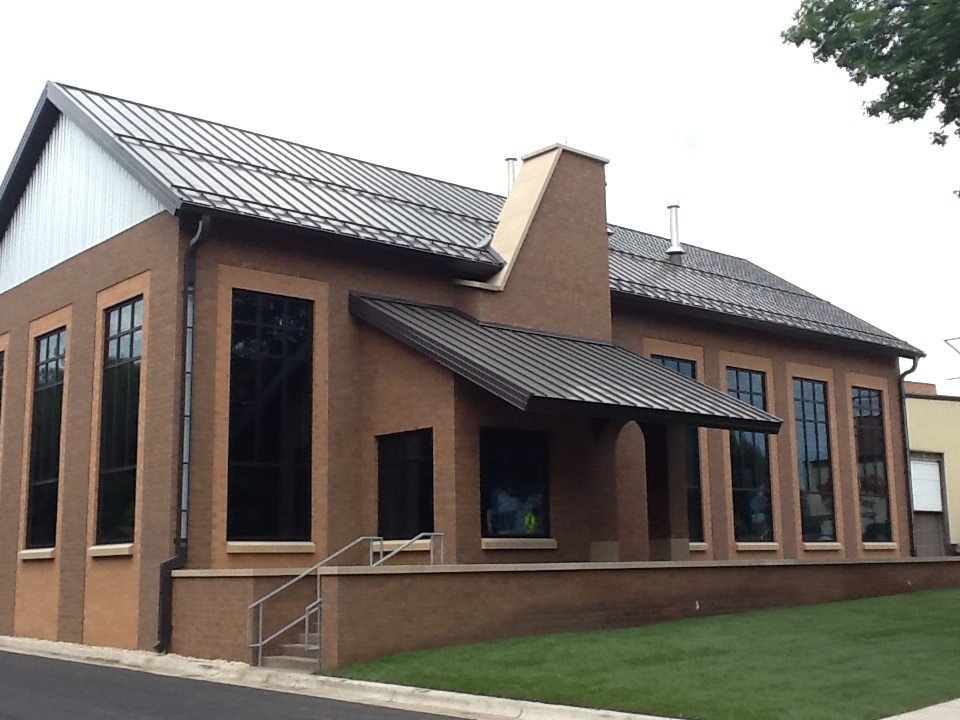 Outside of the new Brewhouse

We met at Kabobs in Mankato on a day that Mike was in town running some sales calls. He came in wearing (of course!) his Third Street work shirt, and had an energy to him that was both humble yet proud. I could tell right away he was passionate about this brewery and had great stories to tell. For those of you who don’t know, Third Street Brewhouse is located in Cold Spring, MN opened in July of 2012. They opened on the site where Cold Spring Brewing Company has been since 1874, and their grand entrance included a complete renovation and building of a site that will make beer folks jealous. They built a $12 million dollar brewhouse that is state of the art!

After hearing about the history of the site, we launched in to story sharing. Mike first told me how the
brewery actually got its name which came about because the location is on the intersection of Third Street, which happens to be an alleyway on the premise. I have not had the opportunity to visit (yet!)
but after seeing some pictures of the facility, am very impressed and know it’s worth the visit. 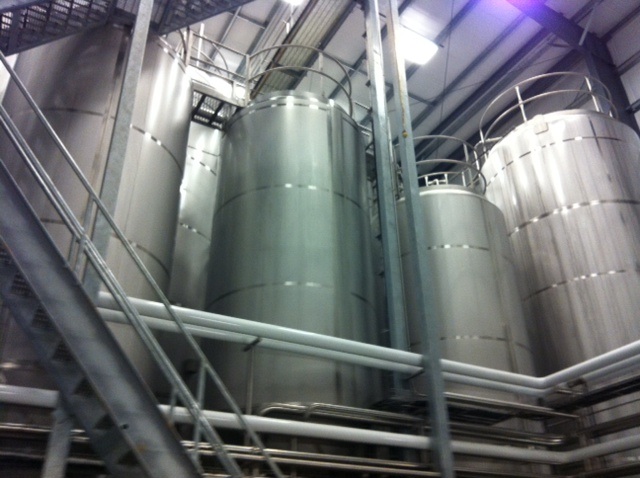 Picture of the tank farm inside the brewery

Look at their beer labels, swag and website and you’ll see they have a very strong brand of visual art. If
you take one second to really look at it, you’ll see there is a story behind each beer. My favorite was the story of how the name Bitter Neighbor came about. Now, I can’t fathom this, but apparently some of the neighbors to the brewery were not so excited about the opening of this new place. They attended various meetings around the city, pushing against the opening of Third Street Brewhouse. In the end the Brewhouse gained approval to move forward, but not without leaving some Bitter Neighbors around. If you look at the art design you’ll see a very angry man with a trucker cap, complete with a number 3 that is crossed out on his hat. From bitter neighbors to lost fish to monks, Third Street has it all.

As we wrapped up our conversation, I left feeling energized and excited to try more Third Street brews. Mike and his colleagues at Third Street Brewhouse have a passion for beer, community and creativity. If
you haven’t yet, stop by their website and check out the plethora of information there. It is extremely educational and visually pleasing, and even talks about their project named Beer School which is a traveling school that can help you “earn a degree in Beerology.”

Cheers to Mike and his team at Third Street Brewhouse. I’m sure we’ll be seeing more of you, and I personally look forward to visiting your beautiful brewery.

Jennifer Johnson is the co-founder of the Mankato Beer Society along with her husband Ryan. On most of her weekends you can also find her giving brewery tours at Summit Brewing or drinking a tasty craft brew. You can contact her and the Society via email, and follow them on Facebook & Twitter @MktoBeerSociety.