The August Schell Brewing Co. has launched a new Grain Belt marketing campaign featuring the phrase, “We are the American in American Lager.” The goal for the new campaign is to evoke the pride and spirit of loyal Grain Belt drinkers.

A new topic will be highlight each month. April’s theme is American restoration. Think of of something like your head under the hood of your ’55 Chevy and a cold Grain Belt on the fender.

At the end of every month a winner will be chosen, and featured in a Grain Belt ad along with their project. A Grain Belt product, your name ,and hometown will also be used in the winning advertisement. The winner will receive a large commemorative Marti family signed printed version of the ad. 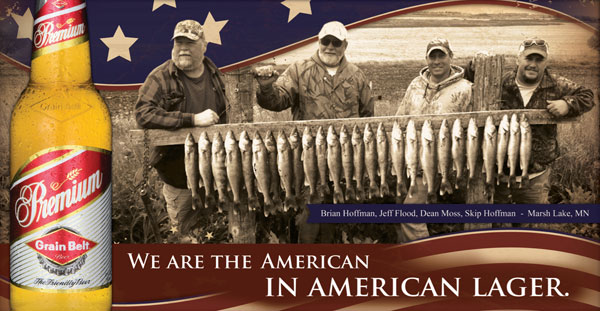