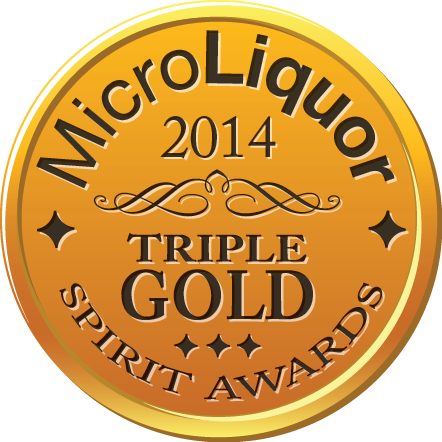 Competing against distilleries from all over the world, Minneapolis Du Nord Craft Spirits, L’etoile Du Nord Vodka, took home a Triple Gold Medal for Taste, the highest award possible, and a Bronze Medal for Packaging in the 2014 MicroLiquor Spirit Awards. The awards are only open to distillers that produce less than 50,000 bbls of spirits annually. The Triple Gold Medal award is presented when all judges award a gold medal to one spirit, no small feat.

“It’s humbling to be selected for a triple gold. It’s nice to know that a small shop like ours stands out” said Du Nord co-owner and distiller Chris Montana.

“Minnesota has great natural resources that help to craft great products,” said co-owner Shanelle Montana, “we always thought L’etoile stood up to the very best on the market and now we have proof.”

The next liquor from Du Nord’s will be Fitzgerald Gin. The Gin is set to be released in August of 2014. Fitzgerald will be a limited release product with the final formula to be decided by visitors to the soon-to-open cocktail room.