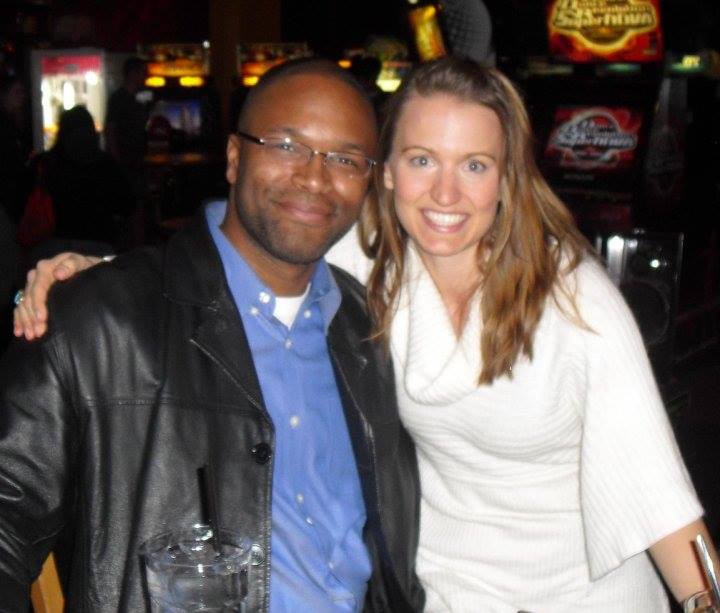 Opening a distillery was an idea that bubbled up two years for husband and wife team Chris and Shanelle Montana, but it became a reality in the last year. Chris, a recent law school graduate, and Shanelle, who works in government relations, began talking to friends, family, and people in the distilling and craft brewing business about how to open their own distillery. Never having opened a business before, it seemed like it was out of reach. A little research and a few connections later, they had filed for federal and state licenses to open Du Nord Craft Spirits.

The original plan was to open Du Nord in Saint Paul, but roadblocks in the city’s ordinances led them back to Minneapolis, to the area where Chris grew up. It was important for Chris and Shanelle to feel a connection to the community where the distillery landed, and between Chris’s roots there and the welcome they received from the community, the change to Minneapolis felt comfortable. Du Nord is located in an area where a lot of great things have bloomed in the last few years—including Harriet Brewing. The couple hopes the bustling Longfellow location will bring in lots of traffic when they are finally able to get distilling in the next year.

Chris and Shanelle exude a sense of passion and teamwork that makes you want to hand over your money and become a part of their venture. After sitting for the bar exam this summer, Chris spent some time on a road trip, visiting other distilleries to get an idea of how he wanted their own distillery to look and feel. Shanelle joined him for part of the journey as well. The couple knew that they wanted to incorporate grains from Shanelle’s parents’ farm, and that they would try to keep as many of the ingredients Minnesotan as possible to fit their “Grain to Glass” mantra. After visiting Peach Street Distillery, Chris and Shanelle decided to do even more than simply incorporating Minnesotan ingredients into their spirits by adding touches from other local industry, like purchasing barrels from local cooperages. Another example? The impressive generations-old milk tank from a farm in LaCrosse, Wisconsin.

Visits to other distilleries gave them the inspiration to make the distillery feel like more than a production floor—they envision a welcoming, interactive space that people would want to visit, stay, and enjoy (like they experienced at Heritage Distilling Company in Washington). Although they admit to being on a shoestring budget, Shanelle particularly looks forward to the day when Du Nord can host tasting events for private parties, like bachelorette parties or birthdays. (Sign me up!!) Their space is still being built and finished, but you can read more about their distillery tour trip on their website’s news page.

Chris and Shanelle have completely embraced what it means to be in the distillery business in Minnesota by thinking of the people who will come after them. They have carefully considered where alcohol laws need to go to make it easier for distillers to start their businesses, and are determined to help Minnesota get there. Fortunately, the craft brew boom has helped to pave the way for analogous laws that apply to distilleries; the challenge is that a lot of people don’t understand that distilleries and breweries are not covered by the same laws. Most of the things that breweries and wineries can do are unavailable for distilleries. Recently, one law change allowed distilleries to offer samples of their products on premises—however, if you go to Du Nord when it opens, and the laws remain the same, you will not be able to buy a bottle of whiskey or a drink there. These are some of the laws that Chris and Shanelle hope to help change in the next year.

As for products, Du Nord will quickly turn around bottles of gin, vodka, and appleseed whiskey (named for who else but Johnny Appleseed himself), while leaving the bourbon to age for a couple of years in barrels. The small size of their distillery will also allow them to do small projects as new opportunities arise, so expect some exciting variety in the craft spirits menu after they open.

Du Nord will likely be able to start distilling at the beginning of the next year, after licenses are approved by both the federal and state government. At that time, we can look forward to open houses and events hosted in their space in the Longfellow neighborhood. Until then, you can check out their website and if you are really inspired, hit their indiegogo page to help them fund their equipment (while getting great swag and bennies for yourself—including glasses, shirts, or even becoming a founding member!). And if you’re extra inspired, consider contacting your legislator about the laws on distilleries—who doesn’t want to buy a bottle of Minnesotan whiskey right from the hands of the distiller? It’s high time the laws of distilling caught up with the laws on brewing!