Canal Park Brewery is finally opening. These guys have been keeping a fairly low profile, but they have been working steadily at getting everything in place for the big day.

Built on the grounds of the Duluth Spring Co., an old manufacturing facility, the land was rehabbed to clean up environmental contaminates such as lead and other industrial waste. The cleanup was no small feat, a state grant to make the site usable totaled over $400,000.

Well-known local developer Rocky Kavajecz, has built an impressive facility and put veteran brewers Badger Colish and Dan Aagenes at the helm. Both men have earned their stripes in the brewing industry at Muskie Capital and Anheuser Bush, respectively.

The brewpub plans to brew 2,000 – 2,500 barrels of beer this year. All the brews will be made with as many locally sourced ingredients as possible. And of course, the beer names will be Duluth relevant too, with titles like Wetsuit Malfunction Wit and Pack Sacker Oatmeal Stout. Checkout a full breakdown of the beer details here, a nice touch.

Half of any good brewpub is the food. Canal park has a great array of burgers, salads, and appetizers. One thing that really impresses is the suggested pairings on the menu. For example, Coco Lime Ale Mussels paired with Dawn Treader Tripel. It baffles me why more great brewpubs (and restaurants) don’t do this. 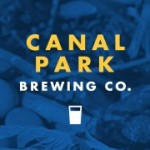