As most of Minnesota’s craft breweries are packing up for a weekend on the north shore at Duluth’s All Pints North beer festival there is no better time for a quick primer on the region’s beer history.  Currently Duluth and Superior have a rapidly evolving beer scene with comfortable standbys like Fitger’s and new taprooms like Bent Paddle.  Although Duluth and Superior were some of the earliest explored regions in Minnesota and Wisconsin they would not incorporate as cities until the 1850’s.  In the 1800’s there was one key business necessary to the survival of any new city, a brewery.  Duluth as the younger and larger sibling would dominate brewing over the last 156 years. The north shore has been brewing since 1857 when Sidney Luce allowed a brewery to be built on his property in an attempt to reinvigorate Duluth’s floundering economy.  That first brewery would go through many name changes between 1857 and 1972 but through most of its history it would be known as the Fitger Brewing Company.  Fitger would be joined two other large breweries and the first legitimate competition would come from Duluth Brewing and Malting in 1896, one of very few breweries to do its own malting on site.  The other brewery to open and survive in Duluth was the People’s Brewing Co founded in 1907 by eastern European immigrants with Socialist ideals as the name implies. 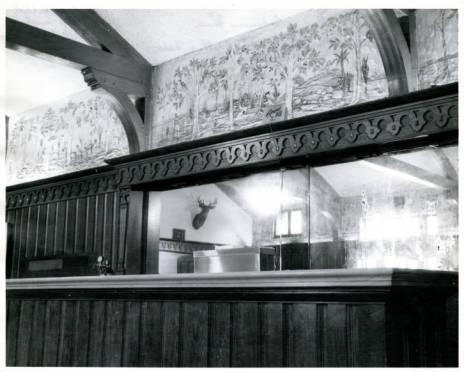 All three breweries would survive Andrew Volstead’s attempt to doom America’s brewing industry by establishing Prohibition and in 1933 would among the first to brew beer on April 7th.  The three would survive using different methods though all would produce some form of soft drink.  After Prohibition they would each expand during the brewery boom that followed the repeal and in the 1950’s Duluth would be the only city in Minnesota to claim three breweries.  This was the high point for Duluth brewing in the 20th century but similar the rest of the nation the price wars underway by the national giants like Miller and Busch would doom each brewery in its turn.

People’s Brewing Co was the first victim of the price wars when it shut its doors in 1957.  Duluth Brewing and Malting would soon follow suit in 1966 when the I-35 expansion needed the property.  Fitger would make it until 1972 when it finally shut its doors after a series of pitfalls surround the I-35 expansion as well.  The Minnesota Historical Society would eventually save much of the complex from demolition. Duluth would be without a brewery for 22 years until the craft beer movement finally reached Minnesota.

In 1994 Bob Dromeshauser started a small home brew shop and brewery called the Lake Superior Brewing Company in the old Fitger complex.  In 1995 the Fitger name would be revived with Fitger’s Brewhouse by Tim Nelson and Rod Raymond who have vacationed in Colorado wanted that same craft beer scene for Duluth.   Fitger’s would become one of the most popular attractions in present day Duluth.  In 1996 Twin Ports brewing would open in Superior and would eventually change hands in 2006 to become Thirsty Pagan.  A little over an hour to the east in Ashland the South Shore Brewery was founded in 1994.

The generation of brewing founded in the 90’s would joined most recently in 2011 with Castle Danger, Dubrue, Borealis Fermentary, Canal Park in 2012, and Bent Paddle in 2013.  Carmody Irish pub also added a 2 ½ barrel brew house in 2011 to join the fray.  So finally a city with a great brewing history has come full circle.  Anyone headed to the north shore this weekend for the 2nd annual All Pints North beer festival featuring 47 breweries or this summer for a great staycation I hope this helps provide you with some context for the great beer you enjoy.

One thought on “Brewing Comes Full Circle on the North Shore”