Bent Paddle Ready To Stir The Waters In Duluth 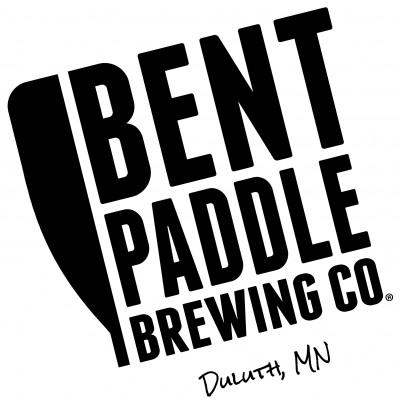 “The fermenters are full – let’s drink some beer!”

Bent Paddle Brewing Company is soon to be the newest addition to the Minnesota craft beer scene but it has been a long time coming for its founders. “This opening symbolizes over two years of planning of our craft production brewery,” says Laura Mullen, “my partners and I are so excited to have people come into the taproom, view the brewery, and enjoy the beers we have been dreaming about for so long.” The philosophy behind Bent Paddle’s beers will be to “brew in traditional styles, just a little bent,” says Laura, one of Bent Paddle’s four co-founders. Laura and her husband Colin Mullen along with fellow husband and wife team of Bryon and Karen Tonnis, are ready to make a splash in a Duluth craft beer scene that they see as growing and strong.

The team has strong brewing credibility with Bryon having a degree from the Siebel Institute and World Brewing Academy along with 12 years professional brewing experience, most recently at Rock Bottom Brewery in Minneapolis. Colin also brings 8 years of professional experience including his last position as Head of Brewing Operations at Barley John’s Brewpub in New Brighton.

Bent Paddle is 50% female owned. Karen brings 12 years of distribution and operations management experience and  Laura  has run an accomplished event design company since 2004 which produced craft beer festivals for her largest client, the Minnesota Craft Brewer’s Guild.  Each of the co-founders brings unique strengths to Bent Paddle with the common goal of producing unique, quality craft beer bent towards their philosophy and lifestyle. 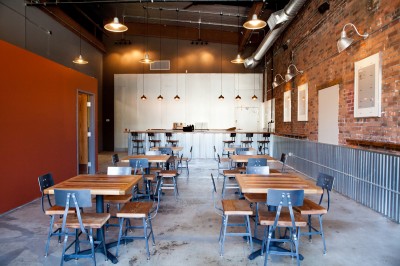 Many have followed the chronicles of the brewery via the company’s The Daily Mash blog, watching the progress and waiting eagerly for the time when they could enjoy Bent Paddle’s brews. Now, the wait is nearly over. Thursday, May 16th marks the official grand opening of the Bent Paddle taproom. The public will finally get its first taste of BPBC’s brews as well as sneak peek tours of their 30 barrel production brewery all weekend long (reservations required, check their website beginning May 13th.) Other festivities include door prizes and beer specials.

As for the beer, the launch will include two of the four planned flagship beers– the Bent Paddle Black, which Colin says is “an oat infused black ale that drinks like a porter but looks like a stout” and the Bent Hop which Bryon describes as “an India Pale Ale that is golden in color with a bright floral citrus hop aroma and supporting malt profile”. The brewery will follow later this summer with their 14º ESB and Venture Pils.

Choosing Duluth as the location for their brewery seemed natural for the couples whose ties to the area and the high quality waters of Lake Superior lend themselves to the mission of Bent Paddle to “brew craft beer with a concentration on sustainability for our business, employees, the environment and the greater community – all while “Bending the Traditions” that we encounter, for a more unique and interesting craft beer experience. 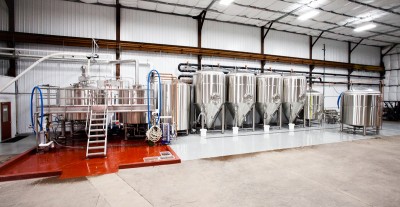 Following the grand opening, Bent Paddle will self-distribute their beers around the Duluth area, all over Minnesota, and beyond. Select area bars and restaurants will begin to offer Bent Paddle on draft as early as late May. Six-pack cans (another nod to the outdoors lifestyle embraced by Bent Paddle’s founders) will be available at select retail locations beginning in June.

Dan Parker is a beer chef, beer writer, homebrewer, and all around beer guy. He spends his time with his family, food, and fermentations. Dan can be contacted via Email or on Twitter at @ChefDanParker.