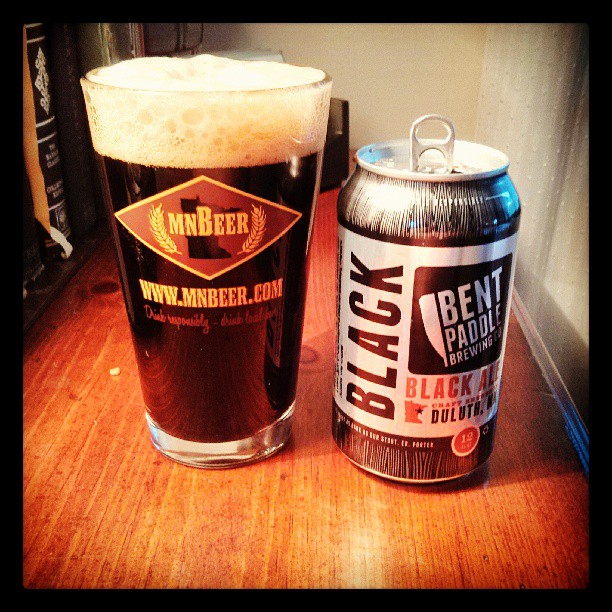 Thanks for the sweet glass, MnBeer.com

The beer is available in 12oz can 6-packs, including the current flagship beers: Venture Pils, Bent Hop and Black Ale. Bent Paddle plans to increase production capacity along with the number of liquor store and draft accounts throughout the upcoming year.

You may also be able to find Black Ale at Zipp’s Liquor as part of the VITA.MN Six-Pack. I also recommended a special version of their Black Ale as a “must try” at the most recent Autumn Brew Review. Many of your must have agreed, as Black Ale won “Best Beer” at ABR. Twin Cities, you are in for a treat.