For the sad saps — like me — who don’t have a taproom nearby their home to frequent, I spend a lot of time perusing the aisles of liquor stores for the latest Minnesota beer offerings. Here’s a few that have found their way to my fridge and, ultimately, down my gullet. You should check them out. 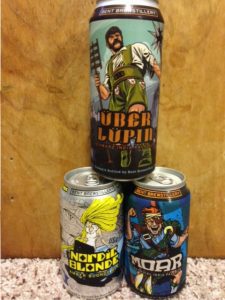 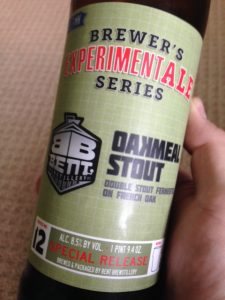 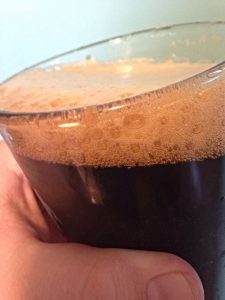 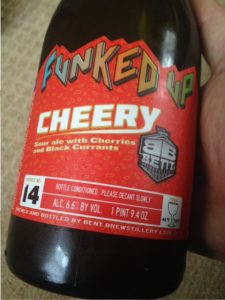 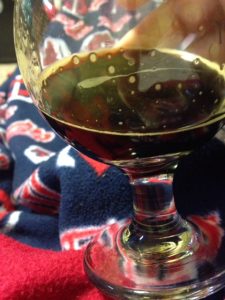 I was fortunate enough to get my hands on a collection of Bent Brewstillery offerings. The Roseville brewery sure has been ambitious in a lot of its offerings (beer and spirits), and I had only had a couple of their beers before this gift basket of goodness.

The Oakmeal Stout was deep with coffee undertones, and the fermentation on French oak definitely brought that flavor to the fore. My wife even enjoyed some of it. For those of you who read my last entry, I haven’t jumped on the sour train yet. But, with each sour experience, I’m enjoying them more and more. Last time it was Fair State’s Raspberry Roselle, and this time, it was the Cheery from Bent Brewstillery. This sour ale with cherries (duh) and black currant was smooth and pleasing. I would definitely drink more of this.

While those two beers came in bottles, Bent’s can offerings of Moar IPA, Nordic Blonde, and Über Lüpin were all tasty in their own way. Moar is a very drinkable IPA, Nordic Blonde was pleasant (and I don’t tend to drink too many blondes) and Über Lüpin wasn’t what I expected when I poured it, but it was a fun, complex beer. Maybe it’s my lack of beer acumen here, but I had never had a Schwarz IPA, which is also defined as a black/Cascadian Dark Ale (according to Bent’s Untappd entry). It hit on all the right notes, balancing the cocoa flavor with the piney hops. 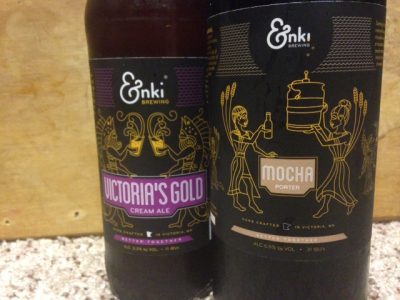 Oh, my. Between Bent’s Nordic Blonde and Enki Brewing’s Victoria’s Gold Cream Ale, I may have to dabble more on the “lighter side.” Admittedly, I’ve been closed off the past year or so as I delved deeply into the clichéd and nuanced world of craft IPAs and big stouts. Sue me. But this cream ale was divine. Smooth, silky and refreshing are just three adjectives I can throw at it right now.

Speaking of those “darker” beers, as much as I enjoyed Victoria’s Gold (quite a bit), Mocha Porter was right up my alley. This is a beer I would drink on the boat in July. I enjoyed it that much.

The Victoria-based brewery is increasing its foothold in the western side of the cities (and beyond), so be on the lookout for these offerings (as well as their equally good Tail Feather IPA and CACAO Porter). Fair warning: Mocha Porter is a winter offering from Enki, so there probably aren’t many bottles still floating around. Find one. Now. 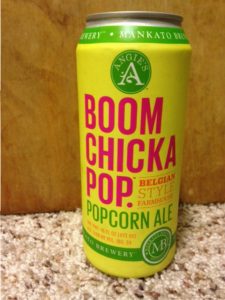 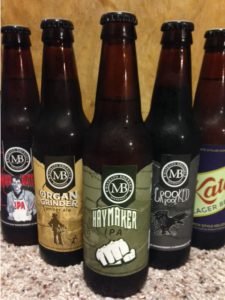 You should try typing that.

Yes, the very popular popcorn has found its way into a beer from Mankato Brewery after owner Tim Tupy had the bright idea to combine two of man’s favorite substances.

While the flashy can (like the namesake popcorn’s branding) and promotion of such a joint venture may seem to be all for publicity, it’s backed up with what resulted in a very nice farmhouse ale that’s easy to drink; and, at 4.45 percent ABV, you can drink a few of them without issue. In fact, I had my first sip before going double bogey recently. No word on if the beer had any effect on my terrible golf game.

Mankato’s smattering of other year-round offerings are also good in their own right, from Haymaker IPA (and Mad Butcher IPA, yum), to Organ Grinder Amber Ale, Crooked Rook Porter (right up my alley!) and Kato Lager.