Fargo is not that different from Minneapolis: lots of local colleges, passionate sports fans, and food and beer lovers. Similar to Minneapolis, Fargo (and North Dakota as a whole) recently went through the process of changing alcohol licensing laws so that breweries could open taprooms in the state. One main proponent of the cause was Fargo Brewing Company.

The story of Minnesota’s battle for taprooms is a familiar one, and a hard-fought win. In North Dakota, however, the bill’s passage was less of a fight and more of an effort to catch up to surrounding states that have begun to fill up with hometown breweries. The founders of Fargo Brewing Company wanted to be on the leading edge of the taproom phenomenon in North Dakota. Head Brewer Chris Anderson had dabbled in home brewing on his own and learned about running a brewery while working at Ice Harbor Brewery on the west coast before he and his brother, John, decided to come home to Fargo to open up shop. 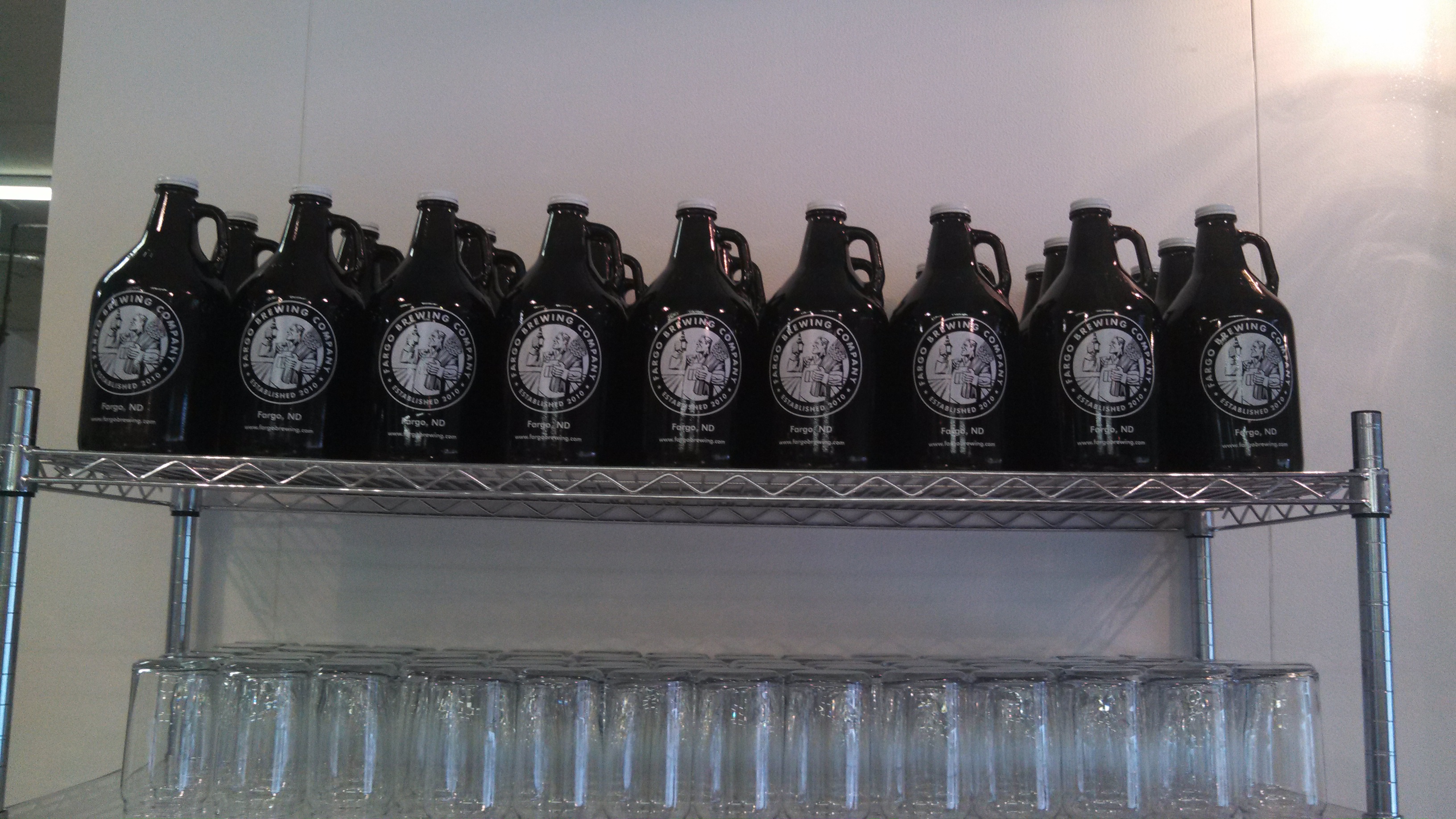 It took about three months from bill proposal to passage for North Dakota to get taproom licensing—the bill also met nearly no opposition in the North Dakota legislature. From there, the guys at FBC went to the Fargo city council to get local ordinances changed. While they waited for the laws to change and located a brewery space, FBC contract brewed its first batches of delicious beer, including the perfectly named Woodchipper IPA. As they began distributing and gained popularity, the new taproom laws went into effect and FBC found a new location not far from the campus at North Dakota State University.

Their space is built for expansion. The brewery features a large warehouse floor and a beautiful (but unfinished) windowed area off of a main street that will be home to the permanent taproom. For now, the taproom is at the entrance off the parking lot, charmingly decorated with a large mural and a colorful chalkboard sign. Pieces of a canning line (yes, FBC is going to be in cans only soon!) were waiting to be put together when I visited, and stacks of barrels in the back indicated that Chris has barrel-aging of some kind in mind. 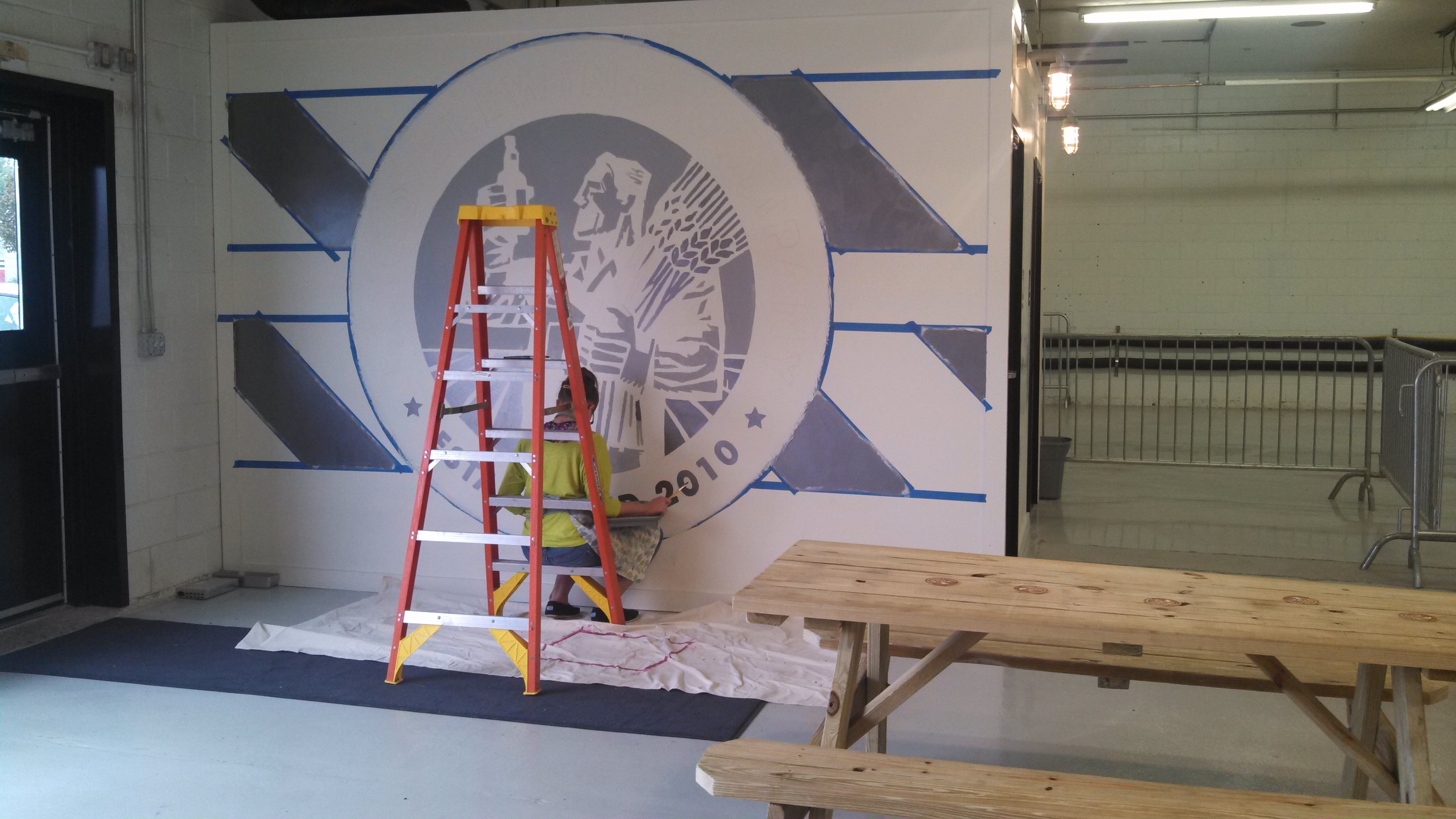 Mural, a work in progress

FBC has a 20 barrel brewhouse as well as a smaller 1 barrel system to brew special test brews for the taproom only. Some of the taproom-only features may end up being brewed in bigger batches if they are especially popular—this gives Chris a lot of flexibility to try new recipes or creative combinations without committing to a huge batch. When I visited the taproom, one such offering was the Snozbeer, a raspberry brown ale that hits hard with tartness, but balances at the end with a chocolatey malt. (Yes, go ahead and say it to yourself—the snozberries taste like snozberries!)

The taproom is a great place for Fargoans to sample beers they might otherwise not try. I grew up in the Fargo-Moorhead area, and it wasn’t so long ago that the most flavorful beer in the area was a Grain Belt Premium (no offense to Grain Belt, obviously, it’s just that Fargo wasn’t much of a beer town). In talking to Chris and FBC’s “Numbers Guy,” Jared, it became clear that like many places, Fargo is evolving. FBC is happy to be at the head of that, and has a delightfully hoppish Pils (called ND Slammer) on the menu for anyone not ready to jump into the IPA or the amazingly smooth Roustabout Stout.

Even while courting those unfamiliar with craft brews, Chris and his crew at FBC aren’t afraid of bolder styles. He will age sour styles in zinfandel barrels, and has plans for rum-aging in the future as well. If you find yourself in Fargo, do yourself a favor and go see what Fargo Brewing Company is all about. If you’re just visiting Fargo, grab a growler to go, because even though Fargo Brewing Company is expanding, it will be a while before they have solid distribution in the Twin Cities.