The Great Minnesota State Fair  will again be the host the Minnesota Craft Brewers Guild’s Land of 10,000 Beers, centrally located in the Agriculture/Horticulture Building from Thursday, August 21 through Labor Day.

There is so much more going on this year than last, we need to break this down to capture all the awesome: 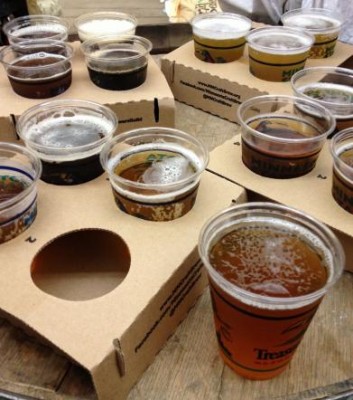 More Beers: Over 130 different craft beers from almost 35 local Minnesota breweries.  Most will pair with a Pronto Pup,  Mini Donuts, Cheese Curds or Bacon on a Stick. There will be six to seven different flights of four 5 oz samples for $8.00 per flight.

Beer Hunter’s Pro-Tip: Find the rare beers on  Firkin Fridays and Rare Flights Saturdays and Sundays. You can purchase flights of rare, limited-run beers that showcase the brewer’s creativity. Fruit, wine-aged, barrel-aged, smoked…. it’s all here. You’ll want to bring an extra pair of socks to replace the ones that get knocked off. 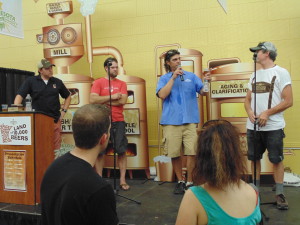 More Education: There will be daily educational programming that will explain all the things that make craft beer amazing – straight  from the folks who have made Minnesota the 10th highest craft beer producing state in the U.S. Weekday programs are at 3-6 PM and weekend programs are at noon, 3 and 6 PM. 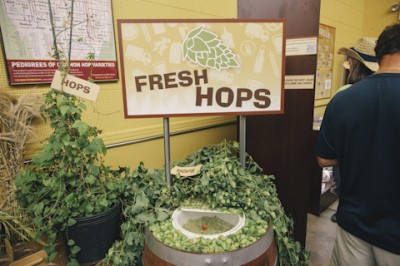 So that’s what hops look like! Photo credit tcdailyplanet.net

Do you know what a hop looks like? What is a malt? Check out the displays that will visually lead you through the basics of making beer.  There will be a Breweriana which chronicles the history and culture of beer in Minnesota.

More Fun: There is more to beer culture than that liquid in your glass.  Tour the Art Gallery which features local artists’ beer-inspired art. It’s like the Fine Arts building but cooler. While you’re working through your flight, seek out the Brew-cation Destination Wall which pinpoints all the breweries and brewpubs.

For the latest information, go to http://www.mncraftbrew.org/statefair