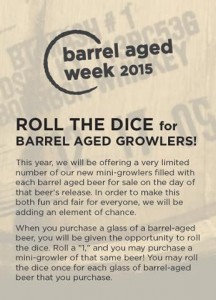 Today (Monday) kicks off Barrel Aged Week at Minneapolis Town Hall Brewery. The annual week long celebration is a treat for anyone that loves beer aged in barrels.

Minneapolis Town Hall Brewery has been aging beer in wooden barrels since a phone call brought a barrel of Jack Daniels to the brewery in 2000. An Imperial Stout was brewed, then aged in that barrel of Old #7 and the next year it took home a Gold Medal from GABF in the Experimental Category.

As time went on more barrels were acquired, more awards were won, and Town Hall’s barrel-aged beer releases morphed into a whole week of beers in 2009. Wildly successful in both awards and popularity, every year Minnesota beer fans have lined up early the week before barrel aged week to reserve growlers of the limited beer. That is still the case. However, this year there will be some opportunities to get your hands on some of the beer if you didn’t have your Sunday morning free to stand out in the cold. At every release there will be chances (limited of course) to roll a few dice and win a chance to purchase a growler of barrel aged beer release of the day. 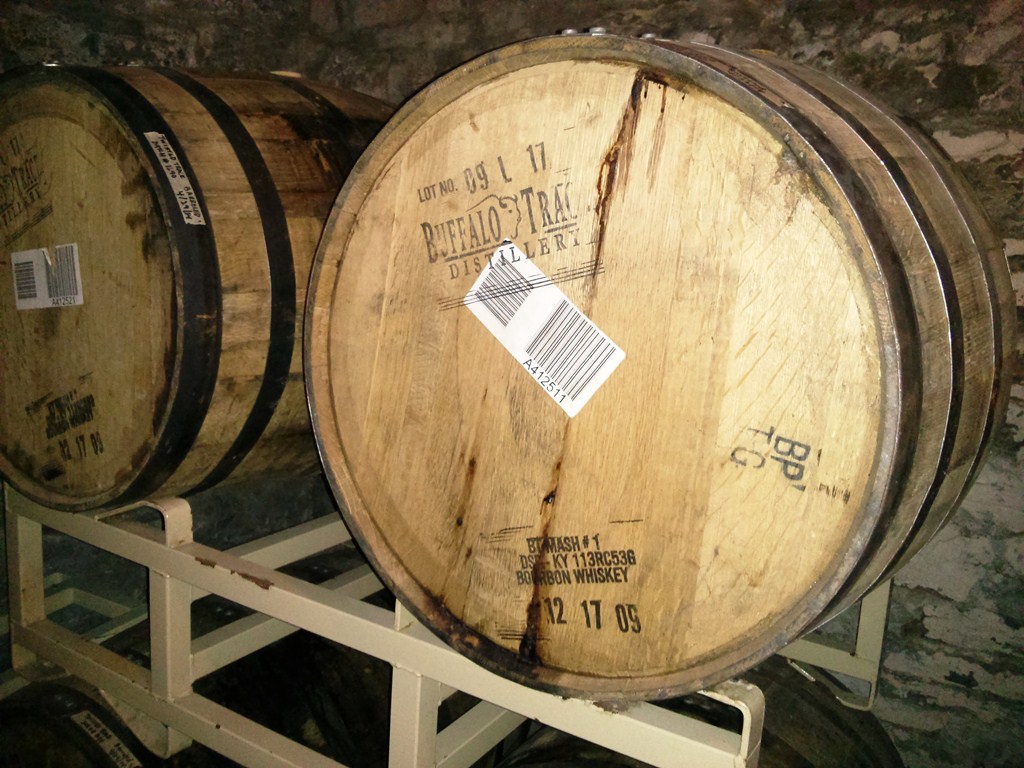 Good things come to those that wait.

Also new this year are 750ml growlers, and flights of 3 beers, at 5oz each. It can be tough to tackle these beers alone. Smaller servings in both on-sale and off-sale format make it easier to approach these big beers.

Listen to Head Brewer Mike Hoops talk about the history of Barrel Aged Week at Minneapolis Town Hall Brewery, as well as this year’s beers and pairings on the latest MN BeerCast. 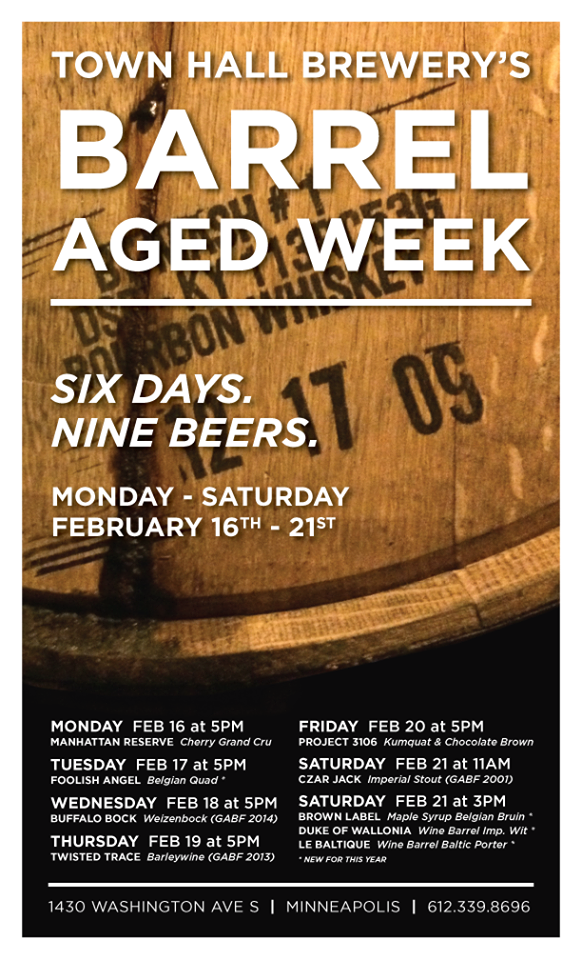