Barley John’s is now accepting brewery memberships. The award winning New Brighton, MN Brewpub has been working on opening a production brewery in New Richmond, WI for some time now and it looks like things are progressing nicely.

John and wife Laura have hired architect Brandon Sigrist to design the building. The 13,000 square-foot production brewery will be located at corner of Madison Ave & Wisonsin Drive in New Richmond. 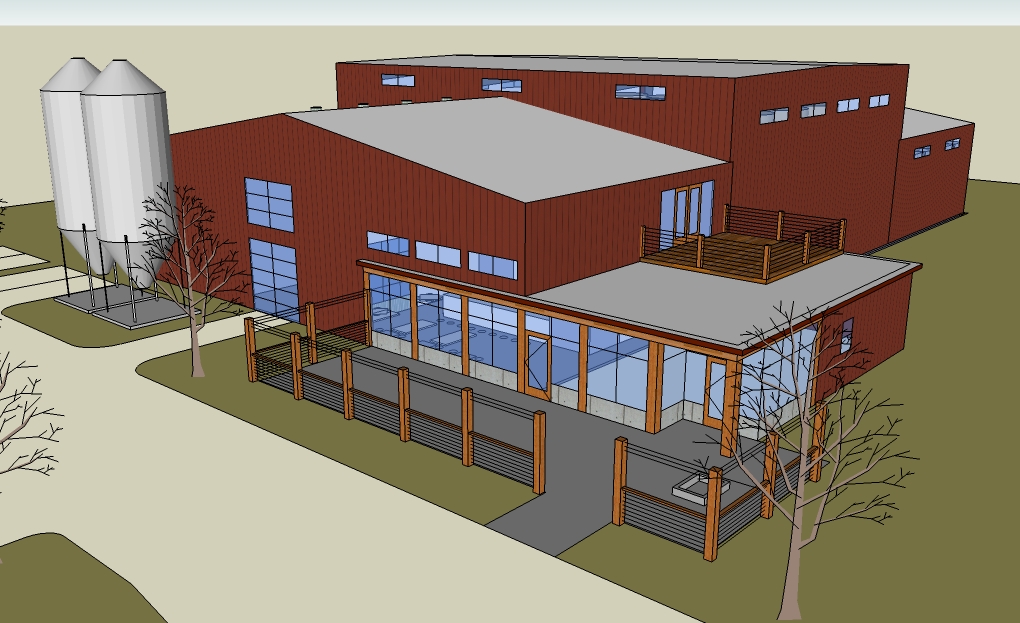 The brewery will have in initial capacity of 10,000 barrels with the ability to expand to 30,000.

If everything goes smoothly the brewery could be open by early 2015. Of course, don’t expect to see any of that beer on shelves in Minnesota, current law forbids it. The best way to get some of the that sweet brew is to sign up for a brewery membership.

Barley John’s Brewery Memberships have varying levels of commitment, but all the levels give a 2-to-1 return on investment. For every dollar you put in, you get two dollars worth of beer in return. Brewery Membership details and apllication below.

Brewery MembershipTo be a member, you must be of legal drinking age.

The brewery will supply to the member twice the amount of beer than the cost paid. If you purchase a $1000 membership you will receive $2000 worth of beer.

This will be based on average retail prices. For example: If an average case of our beer costs $30 dollars in a liquor store, you would receive sixty seven cases of beer at the $1000 membership level.

Each elite level will have extra benefits to thank you for your extra support. Additional savings will be announced for all members on other products produced at the brewery (e.g., discounts on growlers, clothing, food, private events, etc.)

There is no expiration date on the membership.

The product must be picked up at the brewery in New Richmond, WI.

Valid ID will be required for pick up.

The amount to be picked up cannot exceed more than four cases per month or one 15.5gal keg, per month without prior arrangement. Restrictions will apply to the length of time kegs can be held. Deposits on kegs are not included in the membership.

Availability of seasonal beers may have restrictions to the amount offered. Memberships are non-transferable without brewery approval. Drink responsibly and behave appropriately. Memberships can be revoked.

Initially, the brewery will begin production of our four signature styles of beer: Little Barley, IPA, Wild Brunette and Old 8 Porter. We will add seasonal beers which will be available in cans, kegs, growlers, or on tap.

The Brewery is projected to open in the fall of 2014 / early 2015. If for some reason it does not, your money will be returned in full without interest. This membership opportunity will be available until September 30 2014.