We Live in an Age of Superlatives

The world wants a hero. We thrive on hope and dependence on h 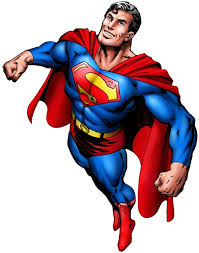 eroes. We live in the age of the superlative. Basketball is not the same without Michael Jordan. Hockey without Gretzky, Golf without Tiger. We live in an age where second best is the first worst and the supporting cast may as well be a part of the set. Jordan is not a champion without Pippen and Rodman. And a beer is not a great beer without over 4000 years of development, research and history all leading up to the scene that exists today.

Why do I bring this up? I heard the most heartbreaking analysis of a beer recently and I must address this. It’s all too common in a society with a growing interest in craft beer. The quote was “I don’t like that beer. It’s too balanced.” The idea that moderation can be superlative is beyond my comprehension. Moreover, the notion that a beer cannot have balance in order to be well-crafted makes me cry a little on the inside. What’s wrong with balance? I thought that was the goal!

Let me say this: I like IPA’s. I love a good hop-forward juicy Midwest-style IPA with a big citrus presence and pleasant, if not slightly abrasive IBU’s backed up with a good malt brackround. It pains me, however, to see that the metric for measuring bitterness has become a foot race for the highest IBU’s in a beer. It’s not just the IPA’s either. It’s sours, dark beers and high-alcohol beers changing their focus to match the search for the biggest beer in order to follow the trend rather than focusing on a well-made product. That’s not art. That’s not craft.

So why does this superlative exist in beer and not in wine? Because these styles are new. Post-prohibition United States was focused on production and modernization, which allowed for mega breweries to step in and redefine beer in America for almost a century now. Our food stayed the same and our wine stayed the same, but beer went almost exclusively to the American Light Lager style, usually made with adjunct grains. The modern cultural revolution is both re-creating classic American and Euro styles, whilst simultaneously creating new ones like the White IPA and Cascadian Dark Ale. Our palates are now freed to explore the styles which were once very prevalent across the country, but new to our generations, and like kids in a candy store, we are excited to try them all. But while exploring bigger and more extreme beers, we must not forget moderation.  There is a reason you don’t walk into a restaurant and ask a 5-star chef for their saltiest of dishes.

Why wait for Superman when we can all lend a helping

hand? Why wait for the next Jordan to emerge from the masses when there are plenty of great players like the 2004 Pistons. And why search for the highest IBU’s when Pilsners and Amber Lagers have been pleasing the masses for generations of great brewing tradition.  By all means, explore and have fun. Find the superlative beers and expand your palate, but please don’t forget how we’ve arrived at these new creations. Sir Isaac Newton once said, “If I have seen farther, it is only because I stood on the shoulders of giants.” New Breweries with big new flavors only exist because of the groundwork that older breweries have set up with classic styles and growing a beer culture to begin with. So leave competition out of it. Have a little taste of history and enjoy a nicely-balanced session beer. Cheers!

One thought on “We Live in an Age of Superlatives”