A Salute to Four Firkins

The news of the closing of the Four Firkins stores in St. Louis Park and Oakdale has come as saddening

news to craft beer lovers in the Twin Cities. The store served for eight years as a destination for craft beer lovers to make a pilgrimage to find beers that may have otherwise been unavailable at local liquor stores. Friday will be the last day of operation for the St. Louis Park store and the Oakdale store has already closed.

Owner and founder Jason Alvey cites many factors into the sudden closure. Many liquor stores have popped up in the area around the original store. Alvey claims the “nail in the coffin” was the recent construction on highway 100, which made access to the St. Louis Park store very inconvenient. Four Firkins in the Oakdale/Woodbury proved to be successful and popular, but is closing as well.

One, and potentially the biggest factor is a bittersweet realization of the progress of the craft beer scene within Minnesota. Eight years ago, there was no craft beer store, no “build-your-own-6-pack” shelves, and no craft beer aisle. Eight years ago, there were 17 breweries in the state (compared to over 100 currently). The Four Firkins helped to create a marketplace for new breweries to get into the hands of beer enthusiasts. 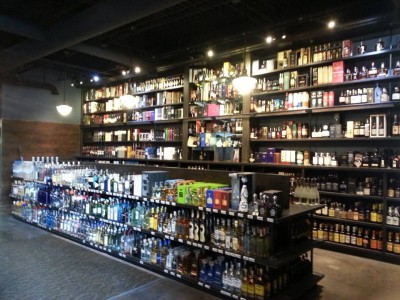 Ace Spirits opened in 2013 and has a huge bottle selection

Fortunately for the Twin Cities beer drinkers, it worked. Often, however, a pioneer is the one who ends up making sacrifices for their cause. The store has done such a successful job of creating their own niche that other retail liquor stores have created their own mini versions. It’s rare to come across a liquor store at this point that does not have a craft beer selection larger than their domestics or does not have a selection of individually-sold bottles. This convenience of availability of craft beer has taken over as the preferred method of shopping for many.

Again, it is a bittersweet realization that our growing demand for quality beverages has created this situation, but we must thank the tiresome, pioneering efforts of Jason Alvey and the crew at Four Firkins for being the tip of the sword for building the beer scene that we have come to grow and love. Cheers and best wishes!