There has been much talk about revision of the law affecting Minneapolis restaurants’ requirements of a required ratio for food and liquor, and frankly, it’s about time. As a restauranteur, I am well aware of the difficulties in keeping a restaurant afloat. The city of Minneapolis and the citizens of Minneapolis do an outstanding job supporting local businesses, but running an eating establishment can be like walking a tightrope in a hurricane. If we can sensibly ease the regulations on local restaurants, it will allow our citizens and our vibrant and diverse city to thrive. I strongly believe that we need to take any possible action to help build a friendly environment for local business owners and employers. 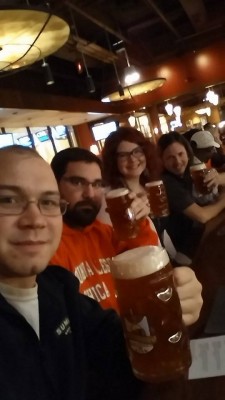 A law that requires a restaurant to maintain no more than 30% sales of alcoholic beverages of their total sales and does not allow a customer to be served an alcoholic beverage before placing an order for food.

Let me start by saying this: there are a number of myths about the law that I hear very frequently. Your average person does not know what the regulations are and, actually, they are pretty complicated to the point where most business owners don’t have a clear picture either.  I contacted the licensing department of the City of Minneapolis and they were very helpful outlining the laws for me.

The 70/30 law does not affect every business. Most restaurants are not required to uphold this ratio. Most of the restaurants that do are on islands of commercial zoning in mostly residential neighborhoods. Take a look at the famous Blue Door Pub in Longfellow as an example. This restaurant & bar is not on a main road and not next to any other stores, rather right in the middle of a residential area and thus is mandated to abide by the 70/30 law.

The law was created to help regulate the integrity of a restaurant opening in a quiet neighborhood from changing its concept to become a full-fledged bar/night club. It’s a great goal and obviously has a purpose, but is based on outdated information and I do not believe helps with the City’s goals of making our city a better and more stable community. Originally, there was also a 60/40 law that governed restaurants to maintain no more than 40% of gross sales as alcoholic beverage, but that has already been removed from Minneapolis city requirements. 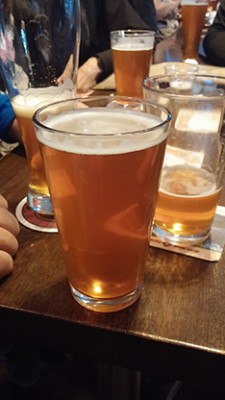 Now, getting back to the wording of the law, I want you to remember this — the law says maximum 30% liquor sales, not profits. You may think that a neighborhood cafe should make enough money to keep the rations up if they are more food-focused. The problem with that is these small neighborhood joints usually serve food with a low price point (around $15 max) and now are bringing in local craft beers to their lineups.

Craft beers cost more than macro-industrial beers, not to mention that a lot of the smaller local breweries are more expensive than the national craft brands because of small batches and large overhead. A local craft beer usually ranges from $5-$7 for a pint depending upon the brand and rarity of the beer. This gets much harder to deal with than your macro-industrial beers that usually have a price point of $2-$4. You can make the switch from macro to local, but that may switch your previous 25% alcohol sales to closer to 40% without changing the number of entrees vs the number of pints served. Also keep in mind that the people drinking craft beer are usually more focused on supporting their local watering holes, so these small places are filling up with a clientele demanding local craft.

If you’ve seen the Inspector Downer video, you should know that the licensing inspectors will not arrest anyone for violating this law, rather that they will be issued a violation notice (warning) before formal citations or further corrective action. It should also be noted that the city has already been working with these local restaurants to help figure out a better solution.

The question on upcoming ballots is this: “Shall the Minneapolis City Charter be amended… to remove mandatory food to wine and beer sales ratios?”

The proposed changes would remove the food to

alcohol ratios as well as the food-before-alcohol requirements entirely and would give the businesses the opportunity to create their own concepts. The city would only become more involved if establishments are the subject of noise violations or similar complaints about the way the business is impacting the local neighborhood. For example, the city may work with an eatery to change the concept to be less focused on alcohol if that’s what is determined to be the cause of the complaints.

Another issue that does not seem to be talked about, and one that I feel is very important, is the increasing enforcement on driving while under the influence of alcohol. I believe that easing restrictions on local restaurants will encourage the community to walk to their neighborhood joint instead of hopping in a car and heading to a more food-and-beverage-focused area of town. I always advocate for neighborhood bars within walking distance of every residential area. I think forcing consumers to travel for alcohol is a contributing factor in our major DUI problems. The regulatory changes proposed would help to alleviate one of these major causes of driving while impaired.

People who know me know that I am absolutely not into politics, but I do care very much about supporting local small businesses such as our local restaurants and breweries. Please vote YES on 2.  For more information, please visit yeson2mpls.com/  and remember to follow me on twitter @TCBeerDude